Skip Navigation
Home > ArtandSeek.net > 20 Years After Columbine, ‘Slide By’ Reflects On What Pushes A Person Toward Gun Violence

Dallas-based artist and musician Jake Nice is a veteran of the North Texas theater scene. As a director, he’s worked with large ensembles to produce funny, sprawling plays about the randomness of life; and he’s collaborated with playwrights on one-man shows too. Nice has performed on stage, he’s worked as a sound designer and he’s crafted original music for several of Dallas-Fort Worth’s up-and-coming theater companies.

Now, he’s tackling his largest project to date —  a play about guns, toxic masculinity and the school shooting in Columbine, Colorado in 1999. The play’s called “Slide By.” It’s Nice’s second independently produced play. (His first production was a play with music that toured the region in 2018.) It’s also the first show in the AT&T Performing Arts Center’s Elevator Project, which shines a light on emerging arts organizations.

Nice dropped by the KERA Studios ahead of the play’s premiere to talk about the show. You can read excerpts from his interview below. 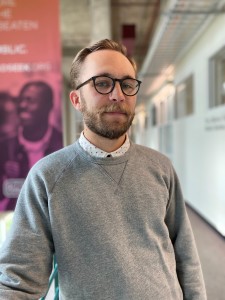 ‘Slide By’ director Jake Nice at KERA. His play premieres at the Wyly Theater on January 16 and closes January 26. / Photo: Hady Mawajdeh

“Slide By” is a new play. It’s written by a beloved Dallas-Fort Worth actor and writer named Thomas Ward. It centers around a character named Chad who was once an All-Star high school athlete at Columbine High School. But after graduation, Chad has a tough time in college and is a little beat up by the world, so he returns home to begin working as a substitute. His return is one week after the famous mass shooting in 1999, and his intentions in returning to the school are somewhat unclear and ominous in the beginning of the play.

Taking Time To Spend With A (Possibly) Bad Guy

I think in media and entertainment today there seems to be an emphasis on the anti-hero and the idea of the protagonist of a story possibly being morally off-center. Yet somehow, we’re able to care about that person and hope that they can make it back on track — and I think that’s the case with Chad. He is really lost in the world that he lives in. He’s wrestling with trauma that he experienced in school. He is working through abuse that he has perpetuated. And so, as we watch him move through his day at school, we see him grappling with those things, we see him move closer towards our hopes for him and further away from becoming a perpetrator of mass violence.

The Struggles Of Expectations And Insecurity

I think the most universal element of this play is the idea of a young person struggling with the expectations that have been set for them by prior generations, and themselves and the institutions they’re a part of. Expectations that say, “You should X, Y and Z by the time you’re this age.” All the characters in the play are struggling with those expectations. All millennials, and probably people of other generations can relate to that. 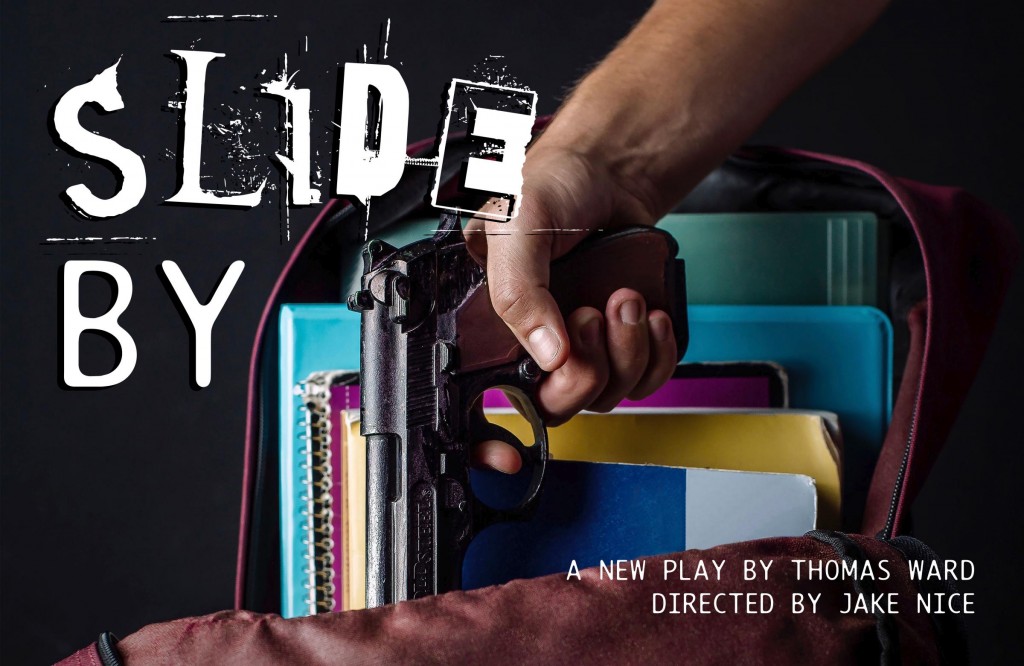 I was young when the Columbine shooting happened, so I didn’t have super close connections to the event, but I was aware of what it was. And since then, I was in elementary school then … well it seems to me that gun violence in schools has not only remained a problem, it seems to be an increasingly challenging problem to solve. And that we as a country are sort of pulling each other apart, trying to find ways to stop these shootings. But I think the one thing we all can agree on is that mass violence, especially in a school, is bad and it’s wrong.

I think this play does a really good job of not taking a political stance, but instead, of looking at this problem from a place of compassion. It looks at a character like Chad who is adrift in his 20s. He’s unsure of what to do. He doesn’t know what to do with what is expected of him, and he’s looking at violence as a possible solution. It charts how he got there, you know? What things happened in his life to lead him there? What sense of hopelessness is he feeling to believe that violence is the only answer?

Answers have been edited for clarity.