TITAS Dance Unbound brings some of the biggest names in dance to Dallas. And for 25 years, the group has ended its season with an event called Command Performance. In State of the Arts this week, I spoke with Charles Santos, executive director, as he prepares for the big night. 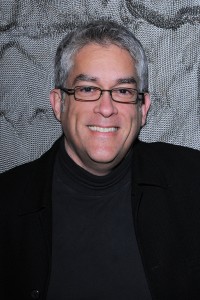 Every year, TITAS Dance Unbound puts on its Command Performance, and it’s a sampler of some of the best dance that’s happening in the country. It’s really diverse. Everything from classical ballet, to Cirque du Soleil. Is there a theme, or a common denominator?

CS I want Command Performance to be a reflection of dance today. And dance today includes Cirque, to the apparatus work of Pilobolus and Momix, to the ballet works, to the contemporary works. This is the 25th anniversary of Command Performance. It’s the 37th year for TITAS. There are some all-time favorite pieces that we’ve had many other times, like David Parsons’ “Caught,” the famous piece with the strobe light.

And this is where a dancer is dancing through strobe.

CS Yeah, and you only sort of see them in the air. To, just, new works. It’s really about innovation. That’s what it’s about.

Can you talk a little bit about what you mean when you say “innovation in dance?”

CS Innovation, for me, is about looking at new ways of moving, or, like with Pilobolus or Momix, the use of technology.

Pilobolus will be doing “Transformation,” which is the use of video and shadow. They’re really the originals of shadow dance, that everyone sees now on “America’s Got Talent.”

Momix will be doing a piece with a 20-foot fan attached to this man’s back. It’s just, it’s so simple but it’s so beautiful.  It has projections on it. And then they have a big metal apparatus that rolls around the stage that they’re in,  and on.  I mean, it’s just so creative. I love that idea of a choreographer going into a studio with these dancers and just going, “Let’s see what happens.”

Does using all of this technology and all of these props say that, perhaps, choreographers have said everything that they can just using a human body?

CS No. That comes up a lot. I don’t think so, because every now and then, I run into a new choreographer with the simplest of solos or duets that I see at a festival, and it’s just astonishing. There’s a choreographer that Bruce Wood Dance brought in, Yin Yue, from New York, and I just am fascinated with the way she moves. It’s like she’s got no bones, and she’s just so sinuous and interesting on-stage.  So, I think the use of props and set pieces advances an idea, but it doesn’t replace an idea.

It’s also fun to look at.

CS Absolutely! And, you know, it can go very wrong, too.

What do you mean?

CS When it just becomes all about the apparatus, or the sets, I think the idea is to have an interesting idea and to explore it. But if you’re on this thing, and you’re like “I’m gonna make a different piece, and it’s gonna make me famous.”

I’m gonna use this broomstick in a way no one has!

Next year, you are going to be presenting some very well-known American companies, alongside dance troupes from China, South Korea, Mexico, Canada, are you finding more interesting work overseas?

CS Well, a big part of our mandate at TITAS/Dance Unbound is to present cultures from around the world. And I sort of have honed that in for me as I look at these new companies, that if I’m bringing a company from a culture that we really have not explored, I want there to be a sense of history in the movement. So, for instance, the company Chang Mu dance, that’s coming from South Korea, it’s based in traditional movement, but it has a very modern aesthetic in terms of stark lighting, and simple, modern sets, but this traditional movement, and I found that very interesting.

The company LDTX that’s coming from Beijing, it’s a super contemporary work, and really good dancers, but there is a motif in the way they use their feet, the way they scurry sometimes, that has an Asian influence, and I loved that this is a super contemporary work that one might see in New York or London, but you can tell it has an Asian background and influence. So I’m looking for that, and I think that the Dallas metroplex has so many cultures living here. So, I don’t really want to pander, but I want to interest them. I don’t want to reach to the Asian community only for the Asian pieces, I want to reach for everyone for all the pieces, so that people come and have a melting pot in the audience and experience it all together. I think that’s really what’s the most interesting about TITAS’ audience, is that it’s so diverse. We don’t have a shift in the audience for every different kind of company, they’re all coming for the whole thing. And that’s what’s enticing.

Some large groups that regularly bring international acts to the U.S. have experienced some difficulties with visas or making other arrangements, has TITAS experienced this?

CS Yeah, it is becoming increasingly difficult, and it’s having a ripple effect. As we travel abroad, it’s becoming more difficult. There was just a situation in Seattle where a dancer was not granted a visa to come, and so the choreographer had to step into the piece. It’s very complicated. We will not present an international company that does not have an agent who is well-versed in two things: the IRS and the INS. You have to have the legal tax paperwork to be paid as a foreign agent in place, and you have to have the proper visas. We will not bring in a company illegally on tourist visas. They all have the proper O1 or P1 visas. It used to be you could pay a little extra, and they would be expedited, and you could have it in a few weeks, but now it’s taking 6-8 months to get a visa, and you might get turned down.

You’ve been the head of TITAS for almost 20 years now.

Yeah. So, in addition to seeing dance around the world, you have really been an observer of dance in our region. How is that scene evolving?

CS I think it’s really evolving. Dallas Black Dance Theatre is doing well, Bruce Wood Dance is doing really well, there’s a lot of emerging companies,  Avant Chamber Ballet is doing very well, all these companies are doing well. Dark Circles Contemporary Dance is doing incredibly well. I think they’re all sort of exploring at different stages, how ready or not they are to tour. There are a lot of decisions that go into touring: is the work ready? Are we ready for the logistics and cost of touring? What do we hope to get out of touring? And these are all complicated questions that everyone sort of has a different answer for. But I think the dance scene here is really evolving. Danielle Georgiou’s work is really interesting.

CS Yeah. She’s doing great work. There’s a lot of people doing great work. It’s hard to see enough of it. That’s the problem for me. And a lot of people ask me why we don’t present them, and the reason that we don’t present locally, and for me local is Texas, is because these companies are all producing in the same market, at the same time, for different price points in different theaters. It’s gonna hurt one or both of us if I put them in our season and then people don’t go see them in their season. TITAS is really about bringing the internationally touring companies to Dallas, and I just think it raises the whole landscape.

CS Oh, I think there’s a lot of people I’d bring in from here. Texas Ballet Theater is a really great company. I think I would really look at, I think all of these companies I’ve named I’d be considering. But again, the question comes, are they ready to tour?

Quite a while ago, you were a dancer.

CS I was, a long time ago now.

Do you miss it?

CS Well, I certainly miss the shape I was in.

You know, I think, honestly, I miss the studio. I don’t miss being on-stage, I think that part of my ego is satiated with speaking and lecturing, and stuff like that. I certainly miss being in shape like that, but I mean, that’s a statement that all of us who get older can say.

But, I miss the process of the studio. For me, for the [Command Performance] gala, the best day is Friday. The gala is on Saturday, June 1, the day for me that I most enjoy is Friday. We’re doing the tech rehearsals, we’re lighting them, we’re making the adjustments, we’re doing process work, we’re doing the craft, we do the run-through. We figure out what’s working, not working, we make all the adjustments, that’s my day. That’s the most fun for me. And then the show is the show. But I like the process. So, I miss that.