Annie Clark, widely known as St. Vincent, left Dallas at 18 because she “wanted to see the world.” She returned last month to play her first hometown show in almost three years.

She’s currently on tour with her fifth record “Masseduction.” Local reviews have been circulating since the weekend, attempting to summarize the live experience, but Clark likely won’t be reading them. In an interview with Krys Boyd on “Think” ahead of her Dallas show, she said she doesn’t find music criticism particularly useful.

To listen to the entire Think interview with Annie Clark, stream it here or download the podcast.

“With all due respect, I’ve dedicated most of my life to loving music and listening to music, so it’s not going to make me enjoy something more or less hearing someone who doesn’t play music’s idea of what it is or should be,” she said.

This tour’s actually been especially “sweet” Clark says because her aunt and uncle, jazz duo Tuck and Patti, are her opening act. On Think, she talked about tagging along with them, learning how to scream and always looking forward to her next project.

Interview responses have been lightly edited for clarity and length.

Clark says her single, “New York” was a “love letter” to both her friends and heroes.

When you’re walking around the streets of New York, for me specifically the East Village, you’re not just walking among the people who currently exist and you’re passing on the street, you’re walking among all of the ghosts of all your heroes. If you think of the downtown New York scene, you’re walking around Arthur Russell and Lou Reed and Laurie Anderson and Patti Smith and James Baldwin. It’s the pantheon of great 20th century American artists. So, it’s a love letter to the people who I have known personally who’ve moved away from the city, dear friends, but it’s also just a love letter to New York and all the ghosts who now walk the streets.

Clark says she found her unique voice — and the ability to scream — through “trial and error.”

How we learn to sing is by imitation, so I definitely would sit with my little karaoke machine, like one of those big boom box kind of things, and I would just be a teenager and tried to sing along to Billie Holiday for hours — or sing along to Nirvana and Pearl Jam, try to do Ella Fitzgerald licks, see if I could follow those. Newsflash: At 14, I couldn’t. It’s just bunch of trial and error.

I think I learned to scream from singing live. I would do a post-punky, fast, pseudo-industrial song called “KROKODIL,” where on a few tours back I would jump into the crowd and crowd surf. And I learned how to truly scream.

My voice is pretty sturdy. I haven’t had tons of vocal lessons or anything like that. But I think the one rule for singers would just be, “If it hurts, don’t do it, but other than that, just be free.” I learned to scream probably stage diving and you know, freaking out on stage. Different streams of emotion come out at different times. I think it was very helpful to be able to record myself from a very early age because there’s always this wide gulf between what you sound like and what you think you sound like.

Clark’s shows have been compared to performance art, which gives her pause.

I think my shows have gotten increasingly theatrical over the years. I am such a big fan of people like Robert Wilson, and obviously touring with David Byrne was massively influential. I think about performance. I think about the arc of a show. I think about the narrative and the thread people are going to follow and how it’s going to unfold.

When I think of performance artists, I think of someone taking raw steak and beating themselves on the chest with it while screaming, “I want my mommy.” When people say performance art, for the most part, what they mean is watching a performance that they A. did not like and B. did not understand and C. maybe there was nothing to understand about the performance. So it’s not the biggest compliment. But there is wonderful performance art. It’s just that I think that’s typically what people mean when they say “performance art.”

Clark attributes her early music education to her aunt and uncle

They’re so the genesis of my musical life and education. They were on the road when I was a kid and took me on the road with them when I was about 15, and I saw the world and I learned what it was really like to be a working, touring musician. They’ve been playing together for almost 40 years. It’s my mom’s brother and his wife. He’s a virtuoso jazz guitar player, and my aunt Patti is a virtuoso singer, and they’re just brilliant. They bring people to tears every night, and it’s so wonderful to be side stage for their show every night. From their first notes, people are hootin’ and hollerin’. How’s that for a little Texas? 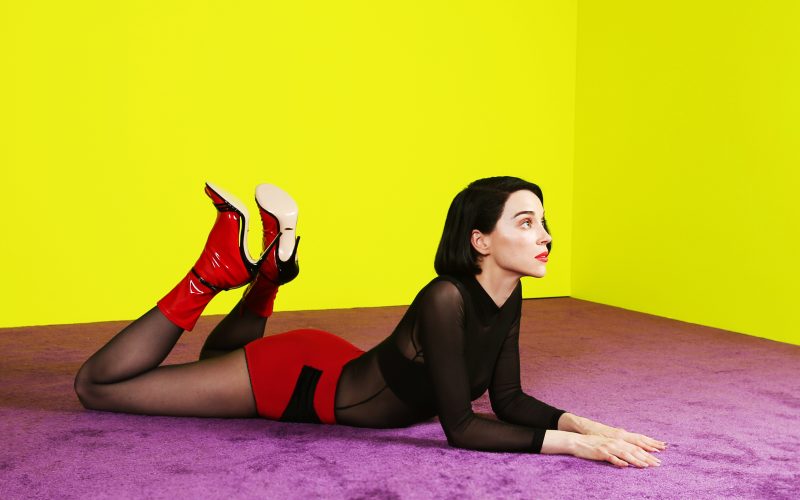