Woo Hoo! There’s a three-day holiday weekend ahead! Let Art&Seek help you make plans. Whether you’re looking for activities for the kids during these lazy summer days; or you’re curious about what’s new to explore in the art scene; there’s plenty going on around town this week. Here are just a few events the Art&Seek team would love to share with you. 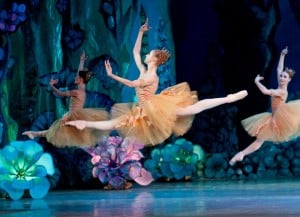 This year marks the 150th anniversary of the National Ballet Of Ukraine. To celebrate, the company performs ‘Sleeping Beauty’ on its first ever American tour. See the magical fairytale come to life at the Majestic Theatre in Dallas.

The music of ambient, classical music group Montopolis is featured as part of a multimedia presentation, Montopolis, Music for Enchanted Rock at the Modern Art Museum of Fort Worth. The project also features Rip Shab’s landscape photography and audio recordings of the Enchanted Rock legends. 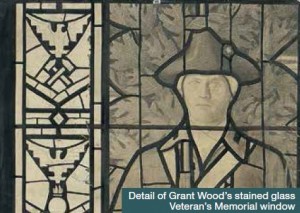 Jessica Cavanagh’s play ‘Self Injurious Behavior’ is a semi-autobiographical show that explores mothering an autistic child and the perils of parenting. See it on stage at Dallas’ Theatre Three through June 17.

The Irving Arts Center has works from Grant Wood – the artist best known for ‘American Gothic’. The exhibition features the 19 lithographs Wood created during the Great Depression, and two drawings of soldiers portrayed in the stained glass memorial window he designed for the Veterans Memorial Building in Cedar Rapids, Iowa  See ‘American Heartland.’ Through July 1. 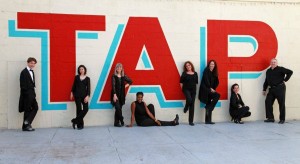 Today is the 29th Annual National Tap Dance Day. To commemorate the day, Fort Worth’s Arts Fifth Avenue is hosting a celebration on their infamous outdoor stage. Head there for live performances and music you’ll want to tap your toes to.

Dallas Symphony Orchestra’s maestro Jaap van Zweden is conducting his final shows this weekend. You can see him tonight at the Meyerson Symphony Center.

The Modern Art Museum of Fort Worth hosts a Cat Film Festival. You’ll have two chances on Saturday to see documentary and narrative films about the fuzzy, furry felines.

On Sunday, Levitt Pavilion has ANOTHER amazing concert. You can hear the award-winning Tejano musician, Jay Perez, also known as – The Voice.

Satisfy your love for pop art and candy at the same time. Sweet Tooth Hotel is a pop-up gallery at Dallas’ Victory Park. Don’t miss it. 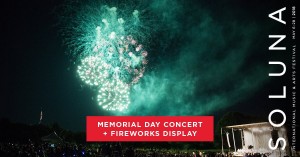 It’s Memorial Day, and you can pay tribute to America’s veterans with a free concert at Flag Pole Hill in Dallas. The Dallas Symphony Orchestra will perform their Memorial Day concert – and there’ll be a fireworks show!

If you’re looking to fill your day with make-believe, turkey legs, jousts, one-of-a-kind crafts, and maybe even some ale, then head to Waxahachie.  It’s your absolute last weekend to catch the  Scarborough Renaissance Festival.

The new exhibition “Cut! Costume and the Cinema” features 43 costumes from 27 films, including Johnny Depp’s costume from “Pirates of the Caribbean.” See it at the Arlington Museum of Art through August 12