The lazy days of summer are officially here. Get out and make the most of the longer balmy days with one of these events the Art&Seek team has picked especially for you. In Cleburne, the J.N. Long Cultural Arts Complex presents a summer exhibition that examines the colorful and controversial history of political cartoons in Texas. See ‘Cartooning Texas: One Hundred Years of Cartooning in the Lone Star State’ through June 30.’ 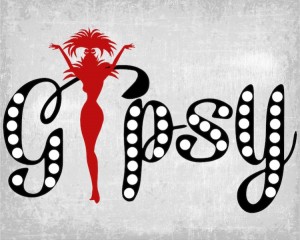 The Firehouse Theatre in Farmers Branch presents the musical ‘Gypsy.” It’s the story of Rose, an overzealous stage mother, who will do just about anything to help her daughters make it big in showbiz.

Art&Seek Spotlight Artist Jessica Cavanagh stars in “Self Injurious Behavior,” a semi-autobiographical play about the perils of parenting a child with autism. See it on stage at Dallas’ Theatre Three through June 17. Teatro Dallas presents a new show that gives a peek into the lives of Mexican-Americans living in Dallas. It features songs, dances and even a bit of comedy. See “Little Mexico – Ayer y Hoy” this weekend at Taqueria Pedrito in Oak Cliff.

Hear 40 years of music by Michael Jackson tonight at the Fort Worth Botanic Garden. The show is part of the “Concerts in the Garden” music series. Throughout the weekend, the Turtle Creek Chorale will sing outlaw country tunes by Willie Nelson and Waylon Jennings. Unleash your inner outlaw at Moody Performance Hall in Dallas.

See WaterTower Theatre’s production of “The Last Five Years” at the Addison Conference and Theatre Centre. The musical is about the relationship between an actress and a writer – the beginning, the end and the everything in between. In Allen, the Connemara Meadow Nature Preserve is currently home to an installation by Dallas artist Art Garcia. Set your GPS for the Connemara Conservancy to see Garcia’s “Human Nature” – giant steel structures in the shape of people.

Art&Seek Spotlight Artist Daniel Driensky has works on view at the Dallas bistro The People’s Last Stand. You can check out the nostalgic drawings through June. The experiences of motherhood are explored by several female artists at the Cedar Valley College Educational Art Gallery in Lancaster. “Telling Our Stories: Creating Maternal Identity Through Photography” is in view through August 4.

The Modern Art Museum of Fort Worth has a major retrospective of bright, cartoon-like paintings by Japanese artist Takashi Murakami. He is known as the Warhol of Japan. “The Octopus Eats Its Own Leg” showcases works that blur boundaries between high and low culture, ancient and modern, and East and West.