As we near Christmas and the New Year, lots of theaters and galleries are either premiering new works or closing old ones. Don’t be the person regretting that you missed something special. Art&Seek has got you covered — with this list of the best events happening this week. 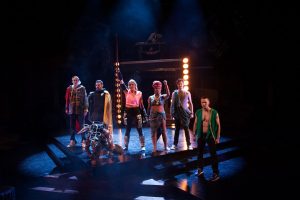 “Hot L Baltimore” – Lanford Wilson’s early, dark comedy focuses on a day in the life of residents of a once-swanky, now seedy hotel destined for demolition, who have all received eviction notices and face uncertain futures. Find out what lies ahead for these individuals in SMU Theatre’s final performance of the season at the Greer Garson Theatre in Dallas.

‘The Laramie Project’ – This endeavor at Tarrant County College in Fort Worth explores the 1998 murder of 21-year-old Matthew Shepard, a gay college student at the University of Wyoming who was kidnapped, severely beaten and left tied to a fence in the middle of the prairie outside Laramie, WY. 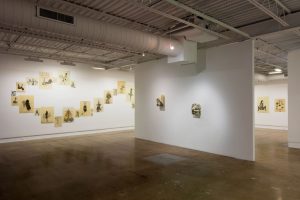 Emily Speed – The British artist Emily Speed premiered a sculptural installation and film made during her residency with The Art Galleries at TCU at Fort Worth Contemporary Art, and there are only a few days left to see the exhibition before it closes. See “Body Builders” which explores the relationship between people and architecture at Fort Worth Contemporary Arts.

Feature: Goode, Tanchak, Winker – Texas is a state chock–full of talented people, so it makes sense that the Goss-Michael Foundation has decided to feature three Texas-based painters in an upcoming exhibition. Meet artists Jenaro Goode (Houston), Keer Tanchak (Dallas) and Paul Winker (Dallas) at the opening of their group show tonight. 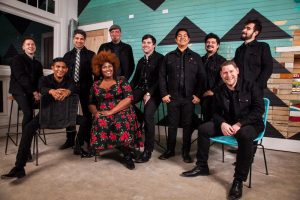 The Suffers & Sarah Jaffe – Houston band The Suffers is bringing a heaping helping of “Gulf Coast Soul” to North Texas tonight. Catch the group and guest singer-songwriter Sarah Jaffe as they rock the The Kessler Theater.

The 21st Annual La Virgin de Guadalupe Art Exhibition – Every December, many Catholics honor The Virgin of Guadalupe with ceremonial dances and songs. This year, artists from El Paso have come up with imaginative ways to pay tribute to the “dark skinned Madonna.” See the works at the Oak Cliff Cultural Center on Saturday. 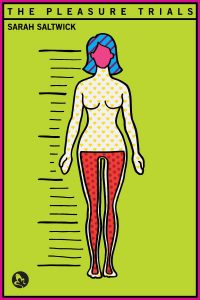 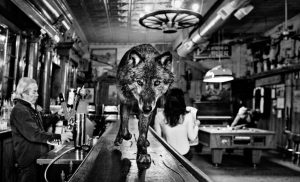 Wild Encounters – Photographer David Yarrow’s exhibition “Wild Encounters” is a collection of photos from all seven continents that depict wildlife in its most natural state. See it at Samuel Lynne Galleries in Dallas.

A Big Brassy Christmas & Organ Extravaganza – The mighty brass and percussion of the Dallas Symphony Orchestra join forces with the Lay Family Organ for an evening of Christmas cheer at the Meyerson Symphony Center.

A dance: color, symmetry and paper featuring recent works by Juergen Strunck – Juergen Strunck is a well known artist in the U.S. and Northern Europe. His work is included in the public collections of the Whitney Museum of American Art, the Library of Congress and the New York Public Library. See his recent works at the Museum of Geometric and MADI Art

Jay Leno – Acclaimed late-night TV host, admired stand-up comedian, best-selling author, pioneering car collector and philanthropist, Jay Leno’s all these things. But when it comes down to it – he’s just a good time. Don’t miss your chance to see in person the man who made America laugh. He’ll be at the University of Texas at Tyler.