There’s construction noise in the distance as opera signer Lawrence Brownlee sings to celebrate the removal of Dallas’ infamous Shingle Mountain, a more than 70,000 ton toxic waste dump that was created by a recycling company.

Brownlee on Friday performed along with the Dallas Symphony Concert Truck to mark the long-awaited occasion. Local advocates have engaged in a years-long fight to remove the waste pile, calling it “a poster child for what environmental racism looks like.”

In a previous series, KERA’s Alejandra Martinez spoke with local residents and scholars who expressed concerns about the health and economic impacts of Shingle Mountain on the surrounding Floral Farms community. 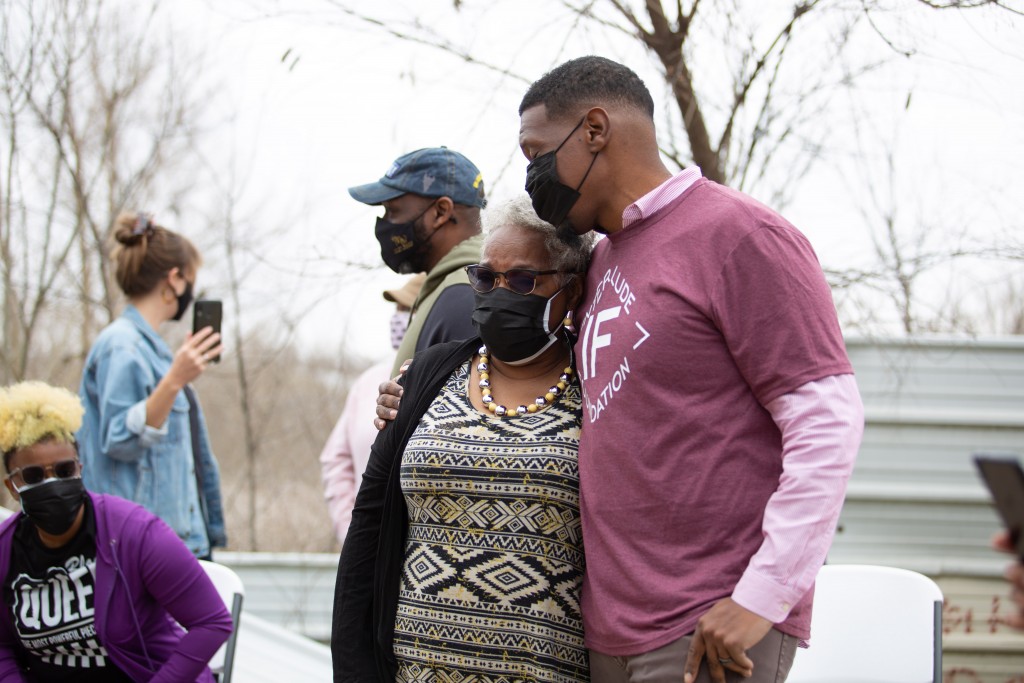 Roberts Trucking Inc. was tasked with removing the shingles. Owner Quincy Roberts came up with the idea to have a party. He’s also a classical singer, and he knew he wanted to celebrate the end of this job as soon as he took it.

“We’ve been here working from sunup to sundown with 20 trucks just going back and forth with construction noise,” he said. “I thought wouldn’t it be great to switch the construction and have a world class performance right here on this street.”

So Roberts called Brownlee, his old music friend from college, who’s a world-class tenor. He chose the spiritual “All Night, All Day (Angels Watching Over Me)”.

“It’s a piece that I love to sing because I think it’s a piece that’s comforting – I know music is healing. It is the salve, it is the thing that brings peace,” Brownlee said. 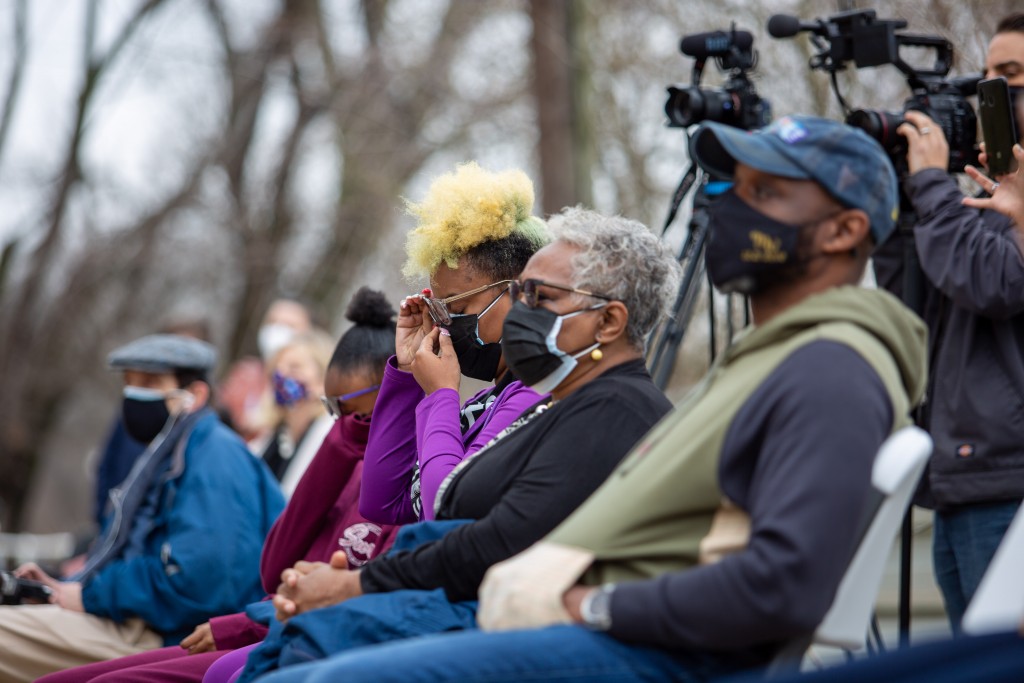 Marsha Jackson, who’s long advocated for Shingle Mountain’s removal, listened with family and neighbors. Previously, Jackson told KERA she’s gotten headaches and has slowly lost her voice because of the shingle material blowing into the wind.

Jackson sued the city of Dallas and blamed them for zoning the land next to her home for industrial development.

“I’m just overjoyed. I just can’t stop the tears from rolling,” she said. “You know Quincy came in, his team came in, I thought it would be until April before they moved that mountain. But you see what they did? This is a miracle to us.”

Jackson said her fight’s not done, but this welcome break gave her strength.