Skip Navigation
Home > ArtandSeek.net > A Wedding Gift For Charles Lindbergh Goes Up On The Wall, At Last

NPR’s Susan Stamberg shares her thoughts in a essay about Flores Mexicanas, the
centerpiece of a show at the Dallas Museum of Art called “Flores Mexicanas: Women in Modern Mexican Art.”

I’m a little uncomfortable about this essay. Texas is surging with COVID-19, and I’m transfixed by a painting at the Dallas Museum of Art. But if, like me, you crave something beautiful right now, then perhaps this will help.

It’s a painting wrapped in politics, romance and mystery. The Dallas Museum of Art (closed now, but with online offerings that exhibit its treasures) is making this picture the centerpiece of a show called “Flores Mexicanas: Women in Modern Mexican Art.”

Alfredo Ramos Martínez is the artist. The work is monumental — 9 by 12 feet monumental. But that’s not why it took him 15 years to paint it.

“It just sort of lingered in his studio for a long time,” says curator Mark Castro. And things came up. Starting in 1915, Martínez worked on it on and off, during Mexico’s Civil War, in between other paintings, and through the rise of a very different kind of Mexican art, made by Frida Kahlo and muralist Diego Rivera. For a while, Flores Mexicanas belonged to the most famous man of his day — Charles Lindbergh. For a much longer while, the painting disappeared. And now, just before the pandemic, almost a century after Martínez finished it, it was seen in public for just the second time, in Dallas. (No re-opening date yet.)

The Lindbergh piece of the story has the romance (although you wouldn’t know it from this photograph): 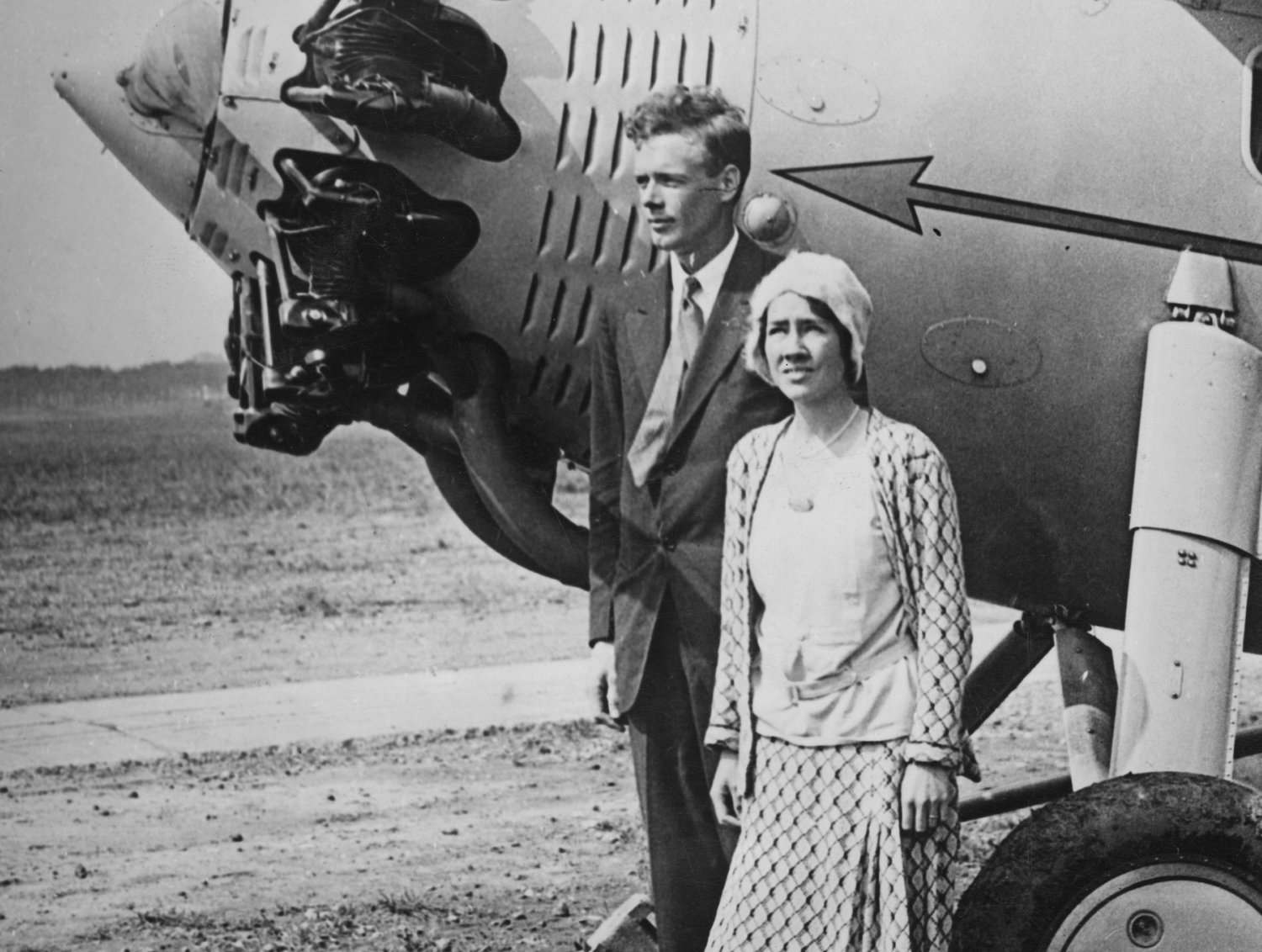 Charles Lindbergh and Anne Spencer Morrow met in Mexico City, not long after his 1927 nonstop solo flight to Paris made him a hero. He was 25, she was 21. Anne’s father was U.S. Ambassador to Mexico. He’d invited Charles there as part of a “let’s get along better” message from the U.S. Charles and Anne took the message to the altar. They married in 1929, and Flores Mexicanas was their wedding present from the President of Mexico.

Now the mystery begins. The Lindberghs never hung the painting up. “It’s such a funny thing,” Dallas curator Mark Castro says. “People ask me all the time: Was it too big? Did it just not fit in their home? Did they not like it?”

Nobody knows. Three years after they were married they presented Flores Mexicanas to the Missouri Historical Society in St. Louis (where backers for Charles’ solo flight lived). And there the 9×12 foot painting languished, on a rack in storage, until 2014. Hard to forget about a painting that big. But it’s what happened until the Society’s new director, Frances Levine, came upon it and, Castro says, “realized what it was.”

So did curator Castro, who helped give Flores its first show in almost a century at the Dallas Art Museum. 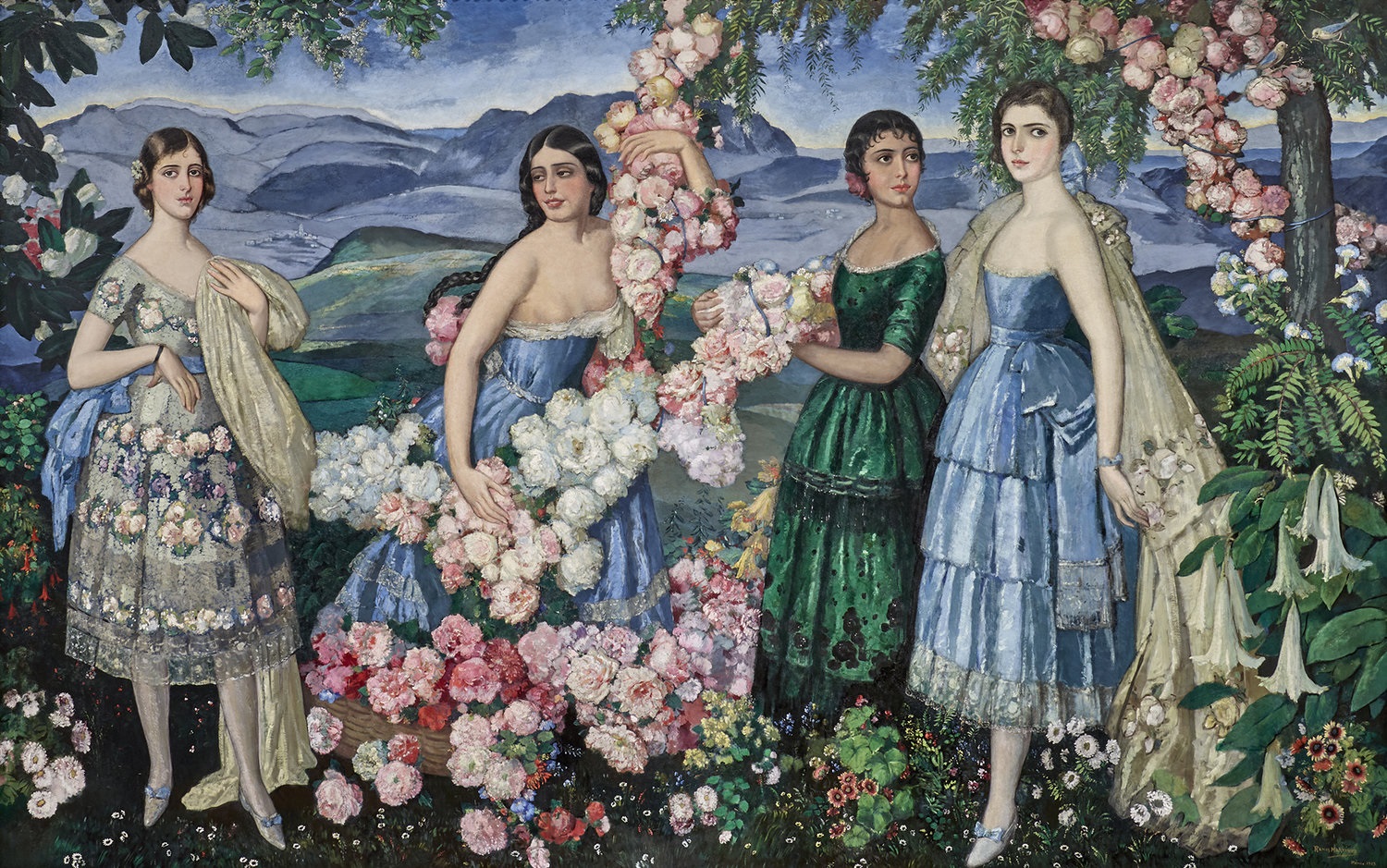 Alfredo Ramos Martínez was regarded as a Father of Mexican Modernism, but his name is not widely known in the U.S. Above is Flores Mexicanas, a painting he worked on for 15 years. Dallas Museum of Art

Who are they? Not known, but there are a few interpretations. A niece of Martínez says the women represent the Four Seasons, and that she posed for Spring. Newspaper accounts, when the picture was given to the Lindberghs, said the four represent the four racial types of modern (early 1900s remember) Mexican women. Left to right: Spanish (with fair skin), Mestiza (a mix of Spanish and indigenous), Indigenous (darker skin), and Modern. With their exquisite European dresses, its clear they’re society women, much like the painter’s patrons.

Martínez studied art in Paris and had great success there. When he returned home, the European influence was obvious on his canvases. He became greatly respected in Mexico City as a Society painter.

Dallas Museum Curator Castro says the meaning of Flores Mexicanas shifted over the years, as the country changed after the Revolution. “The kind of racial politics of how you depict Mexican identity in art had changed a lot,” he explains.

After he finished Flores Mexicanas (finally!) Martínez moved to Los Angeles. Doctors thought his daughter’s rare bone disease would benefit from the California climate. It did. And the move influenced the artist’s painting dramatically.

He found that American collectors were crazy about the “exotic,” earthier images of Mexico that younger Mexican artists were creating. There was a lively U.S. market for those images. Martínez changed his painting style, and was collected by Alfred Hitchcock, Gary Cooper and other Hollywood luminaries. 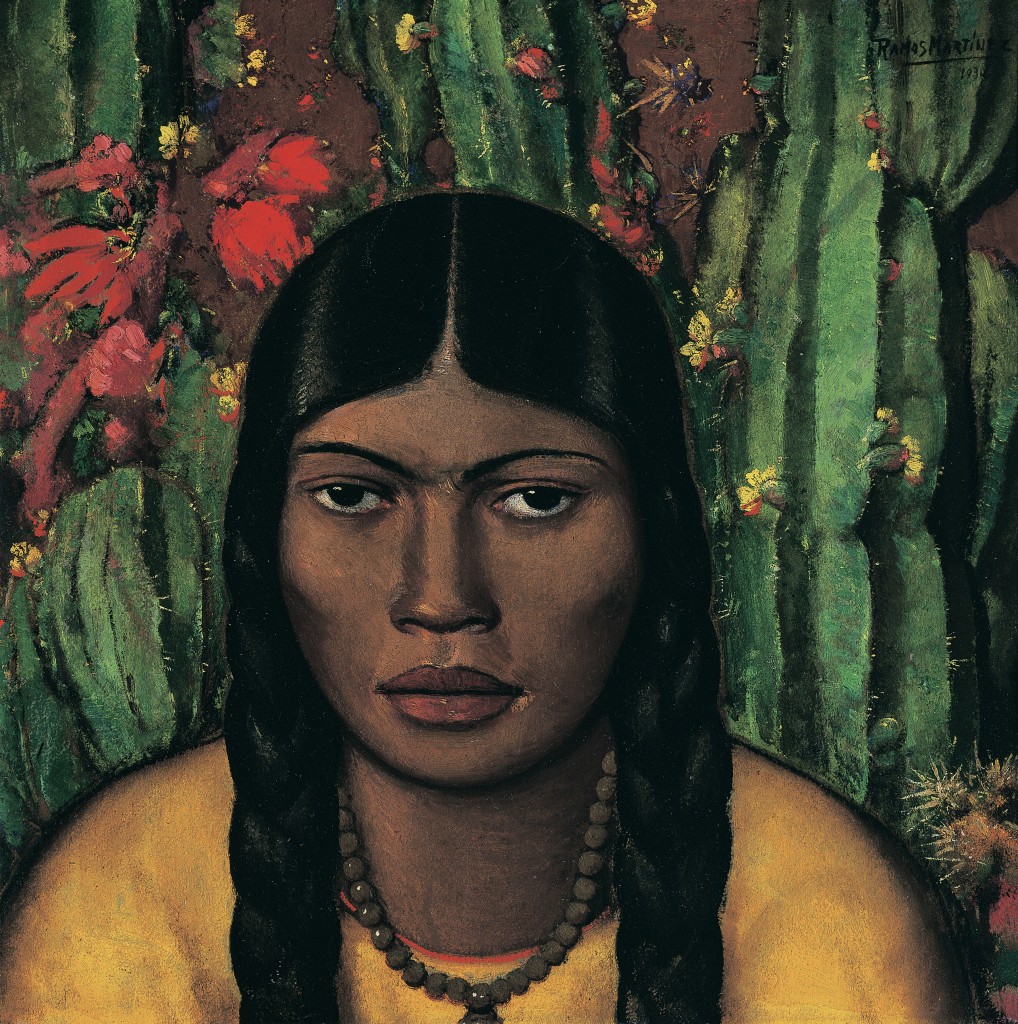 Alfredo Ramos Martínez died in 1946. Over the years, it seemed his reputation was lost in storage along with Flores Mexicanas. The presence of Flores at the Dallas Museum of Art moves him from obscurity to triumph. Which, Mark Castro says, would delight the artist.

“He wanted to make a big statement with this painting,” Castro says, “and I think it is making a new statement about his career now.”

Landscape with a Girl and Hydrangeas by Alfredo Ramos Martínez. Dallas Museum of Art

Art Where You’re At is an informal series showcasing lively online offerings from museums while their buildings are closed due to COVID-19.