A vibrant display of rare paintings, sculptures and dances will soon fill Dallas’ Meyerson Symphony Center in a celebration of Afro-Mexican culture.

On Feb. 6, the Meyerson’s lobby will feature a 50-piece art exhibition from 11 Afro-Mexican artists based in southern Mexico. The celebration will also include a performance by Afro-Mexican international singer Alejandra Robles, spoken word and a fashion show.

“It’s about celebrating this group of people in Mexico who people really didn’t know about,” Allison Golden, a spokeswoman for the Afro-Mexican celebration, said. “The celebration is to honor them and their history because it does have such a strong tie to Mexican history as well.”

Proceeds from the event will help to furnish beds, a conference room and library inside After8Educate’s new dorm facility for homeless youth in North Texas.

Jorge Baldor, founder of the event, said ensuring students have the opportunity to be exposed to these cultural traditions is an important part of the celebration.

“One of the reasons we’re having it at the Meyerson is that it’s a venue where a lot of underserved kids haven’t been able to go which is typically not accessible,” he said. 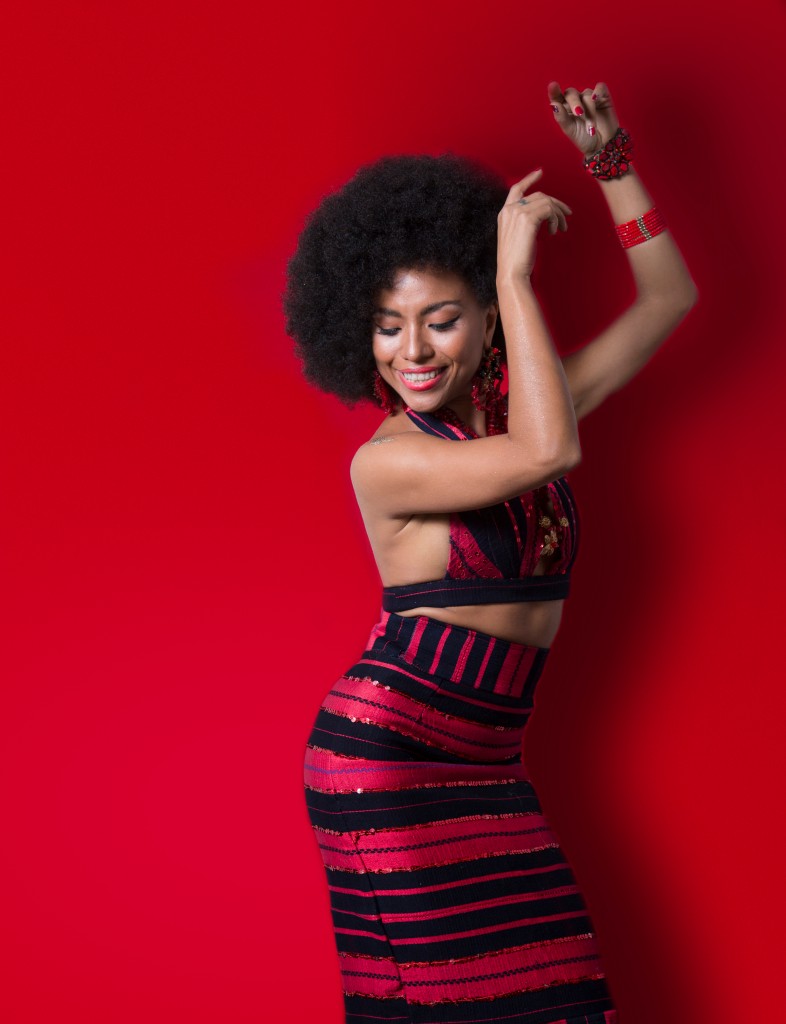 International singer Alejandra Robles will perform at the celebration. She’s been instrumental in pushing for recognition of Afro-Mexican culture. / Photo courtesy of the Afro-Mexican Celebration.

Baldor said he was inspired to create the celebration after visiting an exhibition at the Latino Arts Project in Dallas. Perusing the gallery, two sculptures caught his attention because of their uniquely African features. Baldor said he walked away from the visit determined to learn more about the sculptures and Afro-Mexican culture.

He later reached out to David Lozano, executive artistic director at Cara Mia Theatre, and Curtis King, founder of The Black Academy of Arts and Letters, to collaborate on a multicultural event.

Afro-Mexican art stands out because it is “more raw and less idealized,”Baldor said, often representing everyday life from fishing rituals to burial practices.

“But there’s also another part of that which is showing the history, the slavery. How the ships came, and how the ships tried to come and recapture them,” he said. “They use art to re-educate and tell stories they’ve passed down.”

The celebration will continue on Feb. 8 with a free art talk with Afro-Mexican artist Tomas Pineda Matus. That event will be moderated by SMU professor Dr. Talia Weltman-Cisneros who will lead an interview and Q&A about the importance of the southern Mexico region. Guests can also buy tickets to participate in a workshop led by the artist later in the afternoon.

Weltman-Cisneros said art has been key in Afro-Mexican initiatives for self-recognition and celebration of their heritage.

“Artwork has been fundamental in not only raising awareness and but also celebrating Afro-Mexican community and identity.It has taken on a role of political and social justice activism, linking the call for Constitutional recognition to the arts,” she said. “Artwork echoes the campaigns of #soyafro (#I am afro) and #me reconozco y cuento! (I recognize myself and I count).”

An estimated 1.4 million people in Mexico identify as Afro-Mexican, according to a 2015 preliminary census. Yet, this year will be the first year the Mexican government recognizes Afro-Mexicans in their official census.

“A lot of people don’t realize their second president was mixed race — Guerrero was Afro-Mexican,” Baldor said. “A lot of people were thinking Barack Obama was the first mixed-race president in our hemisphere, but that’s not the case.”

Almost a decade ago, Afro-Mexicans in southern Mexico began a movement demanding recognition in their country’s official census. People have protested, petitioned government officials and launched social media campaigns for years to demand inclusion. Baldor said the efforts of community members like Alejandra Robles, who has an international presence, have also been key to the recognition of Afro-Mexicans.

“She’s very instrumental in that [pushing for inclusion in the census] and goes back frequently to educate and encourage the youth in that region,” he said.

Historically, Afro-Mexicans have struggled with a lack of resources because exclusion from the census means communities where they are concentrated don’t have access to government funding. Fishing, agriculture and art have become the primary sources of income in these communities.

While the event will be an effort to bridge cultures, Baldor said it will also be a time to reflect on Dallas’ own vulnerable communities. He said the celebration will be a time to transcend differences through art.