Art&Seek is highlighting new music from North Texas every Thursday. Click above to hear me talk with vocalist Ali Pervez Mehdi for our new Music Minute, which airs on KERA FM and KXT 91.7. For more North Texas music, tune in to the KXT Local Show at 7 p.m. on Thursdays. And tell us what you’ve been listening to on Facebook, Instagram or @artandseek on Twitter. 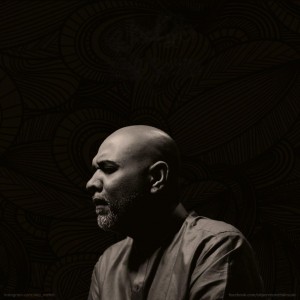 Ali Pervez Mehdi had a certain idea of Dallas when he first arrived in the United States from his home country of Pakistan. He was just twenty years old and had visions of cowboys and horses but soon found after settling into the Lone Star state that things were not quite as he pictured.

“Always in Pakistan, we saw the movies . . . like cowboys and everything,” Mehdi said. “I didn’t know what Dallas was like . . . I got there and the vibes were different.”

Mehdi was born in Lahore and his father, Ustad Pervez Mehdi was a well-known singer in Pakistan. Music was always a part of Mehdi’s life; he learned how to play the harmonium when he was just a teenager.

“My uncle taught me. He showed me like four chords . . .  and then, you know, when you have an interest in something, you learn by yourself. So that’s what happened,” Mehdi said.

After moving to Dallas, Mehdi worked multiple jobs – everything from valet parking to convenience stores to restaurants, and even some jobs were at the same time, but all the while, he pursued music. Eventually, he started to blend the lines between Eastern and Western styles.

“I learned to combine and fuse both genres,” Mehdi said.

This fusing is evident in Mehdi’s latest body of works. After a move to Austin, he connected with progressive jazz band Atlas Maior and together they have released two singles. One of the singles, “Ya Ali,” was released by Atlas Maior and featured Mehdi on vocals. Mehdi sings in Panjabi over a fast, progressive-jazz beat during the song, which gives it a fresh, new sound.

The second single Mehdi recorded and released with Altas Maior is more traditional. Titled “Nazuk”, the song is sung in the language Saraiki and is both based on traditional Sufi poetry and a remake of the song originally performed by his father. 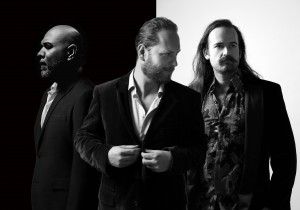 Mehdi is currently in Pakistan where he has formed a production company that works with up-and-coming musicians. But he plans on traveling back to the States and releasing more singles in the near future. You can keep up with him on Facebook, Instagram, and Soundcloud.

In the midst of the desert they live

Sharp arrows (of their unmatched beauty) they launch effectively

Piercing the hearts of many

Lacerating the pitiable, the already suffering

Alas, they don’t even tend to the wounds