April is Dallas Arts Month and the city’s Arts District is brimming with events that draw thousands – like the Dallas Art Fair. But two artists are doing their best to ensure Dallasites outside of the city’s center are engaged. Today in State of the Arts – Art&Seek’s weekly look at what’s making news in the North Texas arts scene – I check out Decolonize Dallas.

Decolonize Dallas art projects are ongoing throughout April. Read about the projects from the artist themselves here.

Dallas’ Southwest Center Mall is unconventional. It doesn’t have a bunch of anchor stores like Dillard’s or Macy’s. Those places have closed up shop. Instead a variety of mom and pop stores sell urban streetwear, cell phones and jewelry.

“Let’s be real,” says Nguyen. “It’s not super fancy or anything like that.”

She’s right. The mall’s not that fancy, but that’s okay because “Super Fantasy Mercado” is about inserting the work of Dallas artists into places they wouldn’t normally be.

The pop-up shop has work from more than 40 Dallas-based artists and makers. Artwork hangs on walls in front of a former department store. Merchandise is displayed atop jewelry cases purchased from that store when it closed. You can pick up a zine. Or have an artist paint a sign just for you. 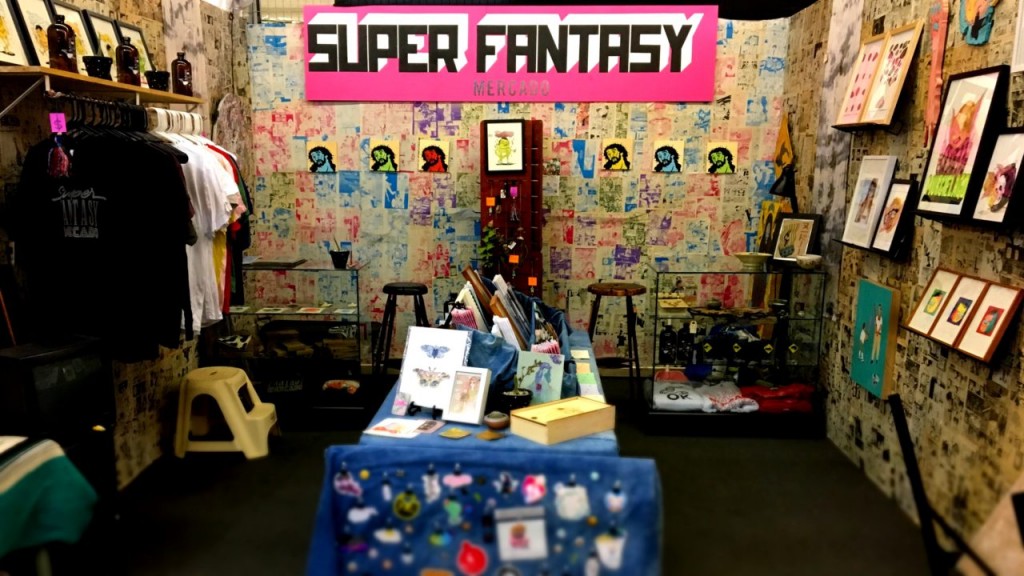 This isn’t the first time that the trio has tried something like this. The first time “Super Fantasy Mercado” was unleashed upon North Texas, the group opened up shop at the Vikon Village Flea Market in Garland. Ozaeta says it was a fun and fulfilling experience.

“That was kind of the experiment,” says Ozaeta. “We wanted to see if people would actually make their way out to somewhere that may not have been a traditional venue for experiencing art or buying art.” 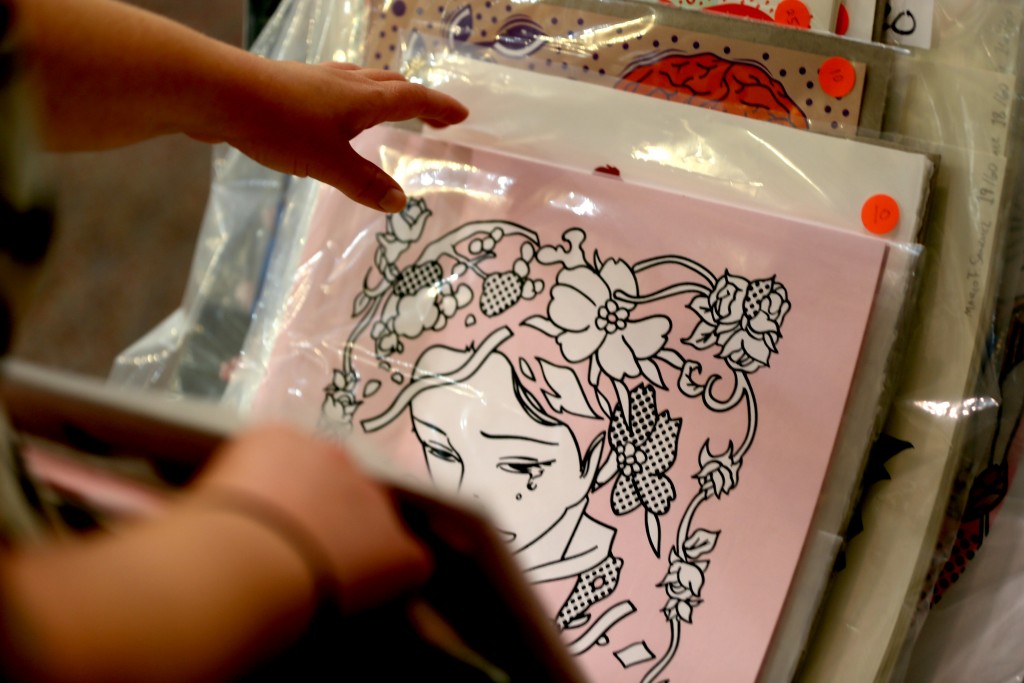 “So instead of expecting people to come to a central arts district,” Zou says. “We’re looking at what could be the possibility of having commissioned arts and culture in neighborhoods where people already live and work.”

Ratcliff and Zou want to make art accessible to communities that may not have the means – or the transportation – to seek it out. Decolonize Dallas is how they aim to do that. The project includes installations in four communities: South Dallas, Vickery Meadow, Pleasant Grove and West Dallas (more details above).

“The reason we chose the sites is because they’re also the sites of transformation and neighborhood change,” says Zou.

Zou says neighborhood development isn’t always bad. She believes it can help – or hurt – a community. But developers can’t be the only ones in on the conversation. 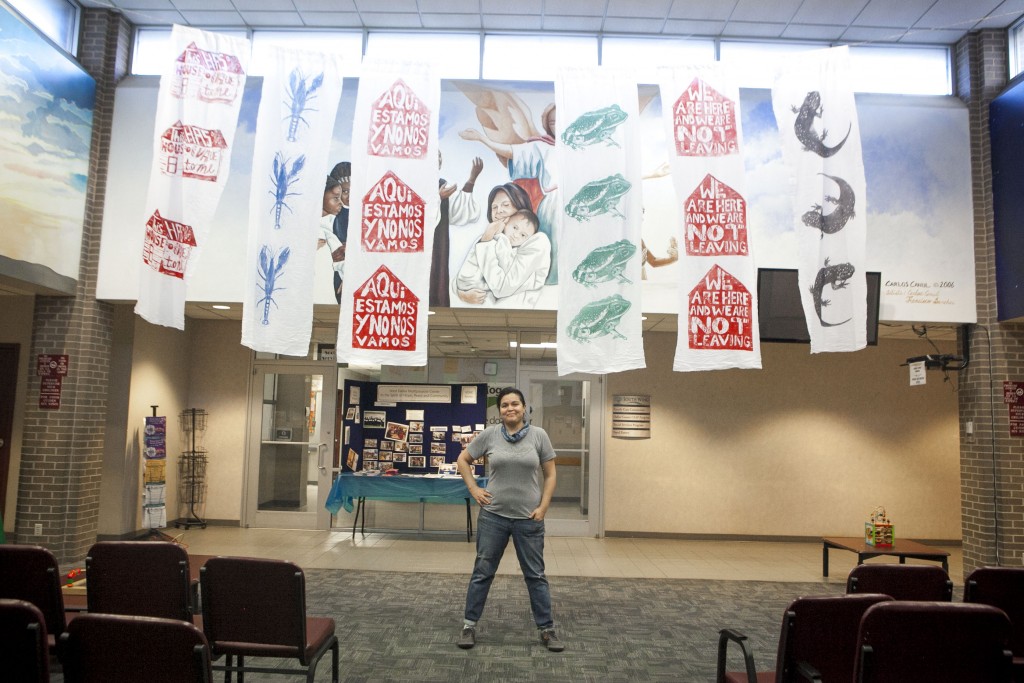 “So we are integrating artists into this conversation in order to think about what equitable, sustainable and accountable community transformation look like,” Zou says.

The work of most of the artists involved in DeColonize Dallas speaks directly to this issue of neighborhood development, says Zou. For example, printmaker Angela Faz explores migration and displacement in West Dallas through prints of local animals that have migrated.

“For me it’s really exciting to have Texas symbols for migration. Maybe it’s not always about the butterfly. Sometimes it’s also about the toad, the lizard and other fauna,” says Zou.

Filmmaker Christian Vasquez is also chiming in on the discussion of migration and development, but he’s using new technologies.

“Christian is using 360 video that can be watched through Google Cardboard to look at the Trinity River, which is a hotly contested site in our city,” says Zou.

Vasquez’s video (watch above) offers new perception of the land proposed for development of the Trinity Parkway. 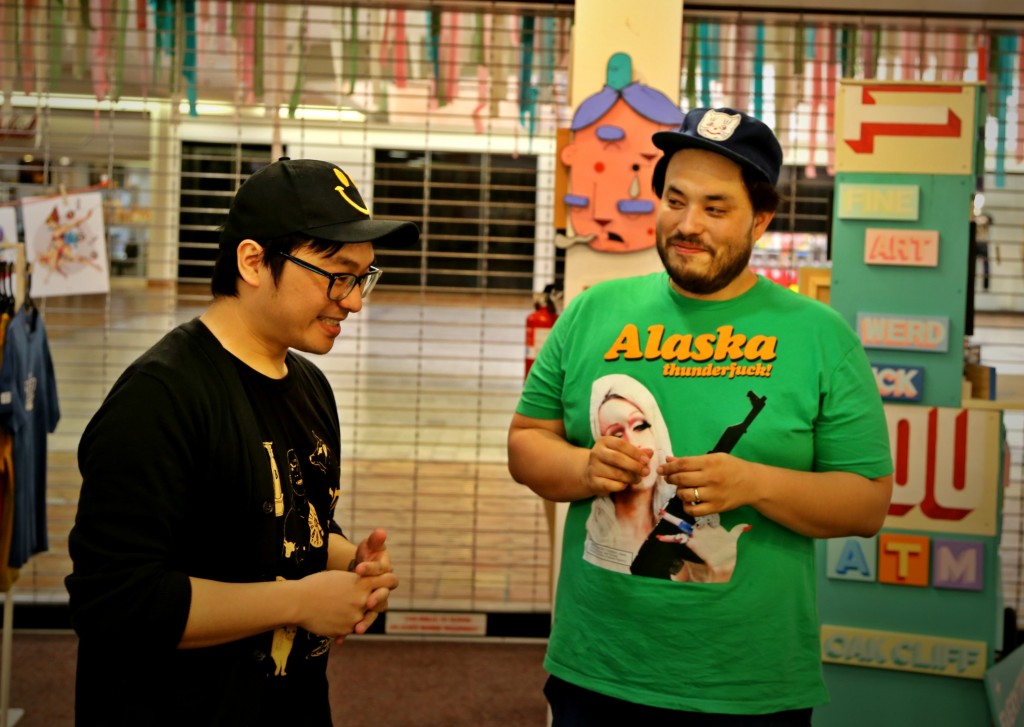 Back in South Dallas, nearly 400 people showed up to the “Super Fantasy Mercado” opening last weekend.

Brent Ozeata and his partners hope the visitors pick up on installation’s commentary on gentrification and consumerism. And they hope artists from the neighborhood will join them in the weekends ahead. They aren’t trying to create a culture in South Dallas, Ozeata says. They’re trying to add to it.