Every year I put up my tree the Saturday after Thanksgiving. Yes, I know that’s early. And no, I’m not super organized–far from it. I put my tree up early because if it doesn’t go up Thanksgiving weekend, it’s not going up. Besides being chaotic with the holidays, it also seems like every organization, group, church and school thinks December is the perfect time to hold it’s party, concert, science fair, pledge drive, spaghetti dinner, etc. I mean, c’mon people, can’t some of this stuff wait until February when we’re all dying for any excuse to get out of the house?

Putting up the tree is also my lame attempt at making the holiday season seem longer. I’m sad to say that despite my efforts, the yuletide season has flown by in the blink of an eye.

There’s no denying it, we’re at Def-Con 1 in the Christmas countdown. But don’t worry, you still time to grab some fa-la-la with one of these family-friendly events.

You absolutely cannot let another Christmas pass without experiencing the greatness that is  Dallas TubaChristmas. For those not in the know, TubaChristmas is an out-of-the-ordinary and extra Christmasy free concert. But hold on there, this isn’t just any holiday concert. This is a concert composed entirely of tubas and euphoniums–over 200 at last count. They play traditional carols with a fabulous oompa-oompapa beat and best of all, you get to sing along.  You can see TubaChristmas at Thanks-Giving Square in downtown Dallas at noon Christmas Eve. Don’t forget to bring your funny hats and jingle bells.

Skip the traffic and head over to the Planetarium at UT Arlington for a new spin on holiday lights with Laser Holidays. The program mixes popular holiday music–everything from classical to pop and sets it to laser, cove and digital artwork. It’s rated two out of five for intensity so don’t worry about it being to extreme for the littles. You can see the show this Wednesday and again on Dec. 30. 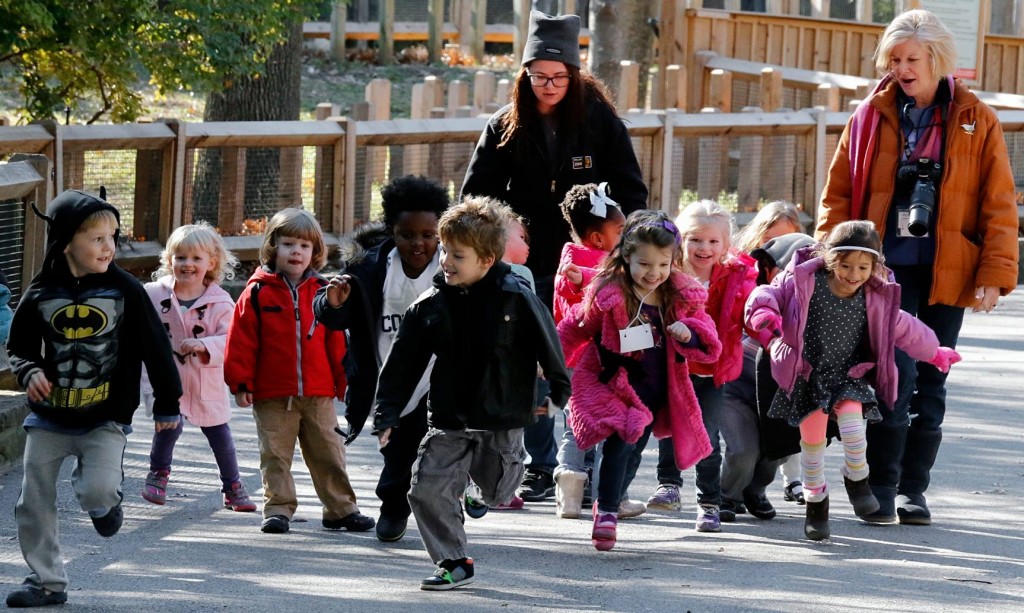 Kids driving you nuts with the Christmas-Crazies? Get them out of the house (and out of your hair) at one of the Snowfari Winter Day Camps at the Dallas Zoo. Junior can enjoy tours, animal encounters, games, crafts, and learn about a different animal sense each day at these unique camps.  You can do just one day, or  if you’re feeling really stressed, sign up for multiple days. The winter camps run Monday through Wednesday this week and next.

Another place to run off the heeby-jeebies is Klyde Warren Park. The tinies can burn off the sugar from the Christmas cookies on the path around the park, or head over to the ultra modern playground for a little jungle gym action. A side note–this park is one of the few that I’ve seen with real bathrooms, not port-a-potties. Trust me when I tell you this is important information to have on hand during hot chocolate weather. While you’re at the park be sure to stop by the Letters to Santa game cart. Kiddos can pick up official materials, tell Santa what they want, and then drop their letter in the mailbox at the park. If provide an email address you’ll get a response back from Santa.

While you’re at the mall returning those reindeer slippers you got from great aunt Judy, be sure to stop by Dallas Public Library’s Bookmarks for Nutcracker in a Nutshell. This adorable show presented by S&D Puppetry, is a modern mini-marionette version of the classic Nutcracker ballet. To make it extra special and give it the feel of of a grand theater, the lights will be dimmed and the music turned up during the performance. The show is free and happens Dec. 26 at 2 p.m.

If you find yourself at the Galleria Dallas stop by the very cool Dallas CityScape. On view at this spectacular exhibition are tiny replicas of Dallas built from more than 2.5 million toy bricks. The American Airlines Center, Klyde Warren Park, Reunion Tower and the Galleria are just some of the many mini landmarks on display through Jan. 3. 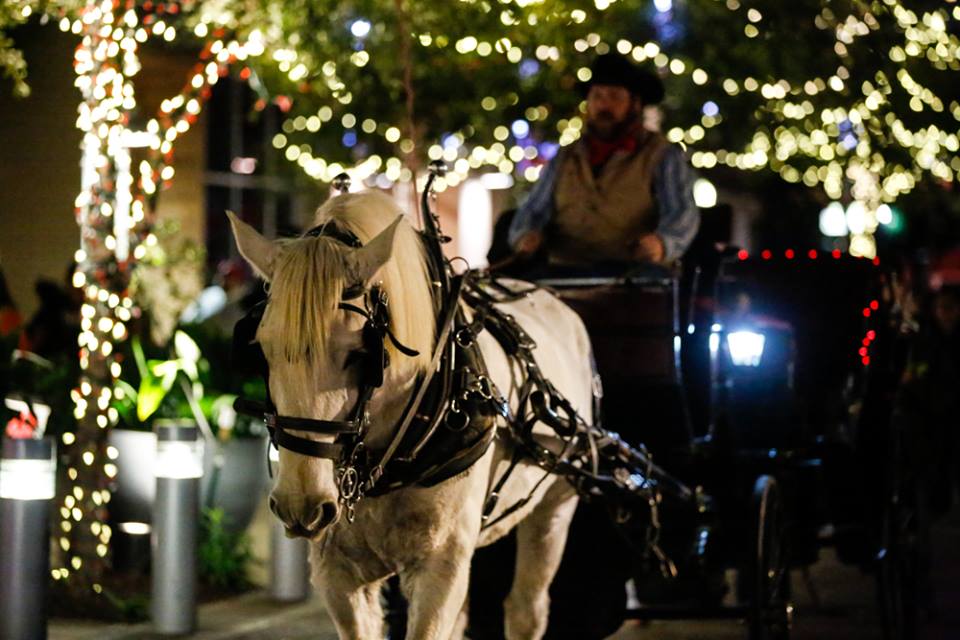 Create a special memory with your kids this holiday season. Photo: West 7th Fort Worth

You may not be able to slow down the holiday season, but you can create special memories. One of the best memory-makers around are the horse and carriage rides being offered in Fort Worth’s West 7th area now through Jan. 3. Tickets for the rides are passed out at 7 p.m. when the first carriage arrives in Crockett Square. I hear they run out quickly so don’t dilly-dally getting there. While you’re waiting for your approximate time to come back, you can eat, shop, or just enjoy the festive holiday setting of West 7th. The best part of this memory-maker? It’s free!