A new exhibition has just opened up at the African American Museum of Dallas. Dynasty: The Peculiar Search for Totality features works by award-winning photographer Missy Burton.

In her artist statement Burton, who is Black, states, “Through the lens of my camera I take viewers on an ancestral journey to freedom, deconstructing one fictional family’s fight to reclaim their freedom.”

Burton’s photographic series is comprised of seven portraits of women. Each portrait represents one generation descending from a fictional character named Dada. Together, they span over 200 years. And with each new generation, Burton portrays a renewed determination to strengthen the family’s legacy of freedom.

Although her characters are fictional, Burton said she wanted to honor her ancestors by telling their stories as real and as honestly as possible. So she worked with historian J Lashaé to bring a level of accuracy to each character’s story and to make them real and believable.

This series of photographs is in response to one portrait Burton took a couple of years ago and displayed at the African American Museum.

She called the portrait “Dada.” 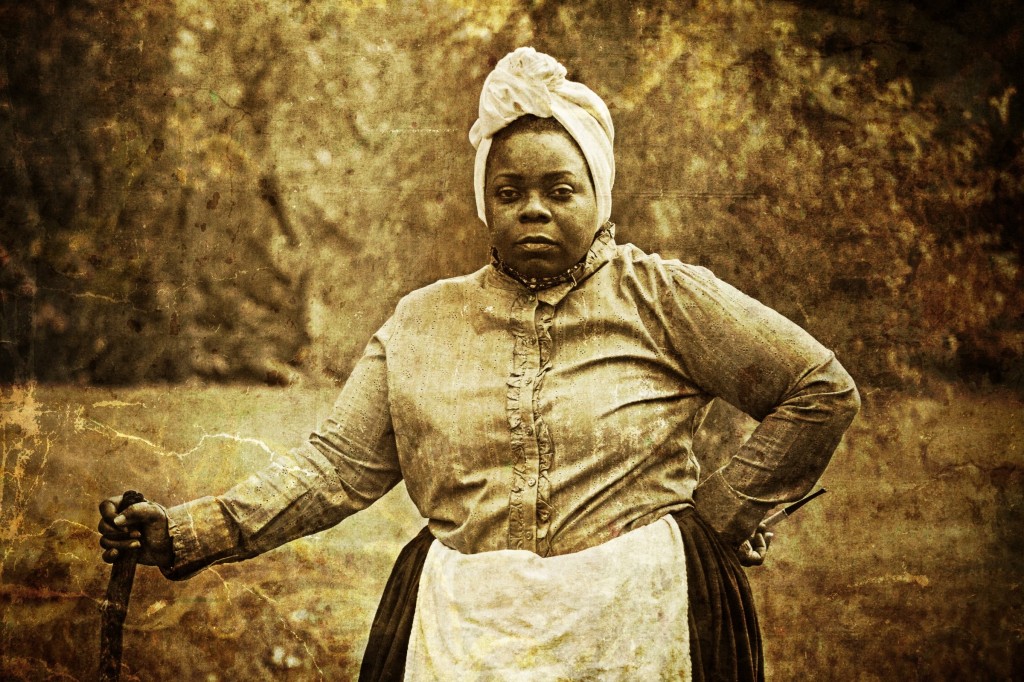 Missy Burton wanted to reclaim the image of Mammy. Her character Dada was the inspiration for Burton’s photographic series “Dynasty.” Back in Africa, Dada’s mother was a warrior princess. As a young child, Dada was captured and forced into slavery. Image: “Dada” by Missy Burton.

“My intention for the “Dada” portrait was to reclaim the image of Mammy as someone African Americans would be proud to hang in their homes as opposed to someone to be ashamed of.”

It was met with diverging points of view, said Burton.

“I found white women would see the image and they would be delighted. They would say. ‘Oh my gosh, she looks just like Mammy. I love her so much.’ And then Black women would look at me like, ‘Really dude? Like, out of all the things you could photograph and this is what you’re doing?’

Instead of shrinking away from discussions, Burton “leaned into them.” She found white women had fond memories of Mammy as a caregiver who nursed and took care of children. Black women felt resentment because Mammy was taken away from her family to take care of other people’s families. Burton found the discussions with these women very powerful. 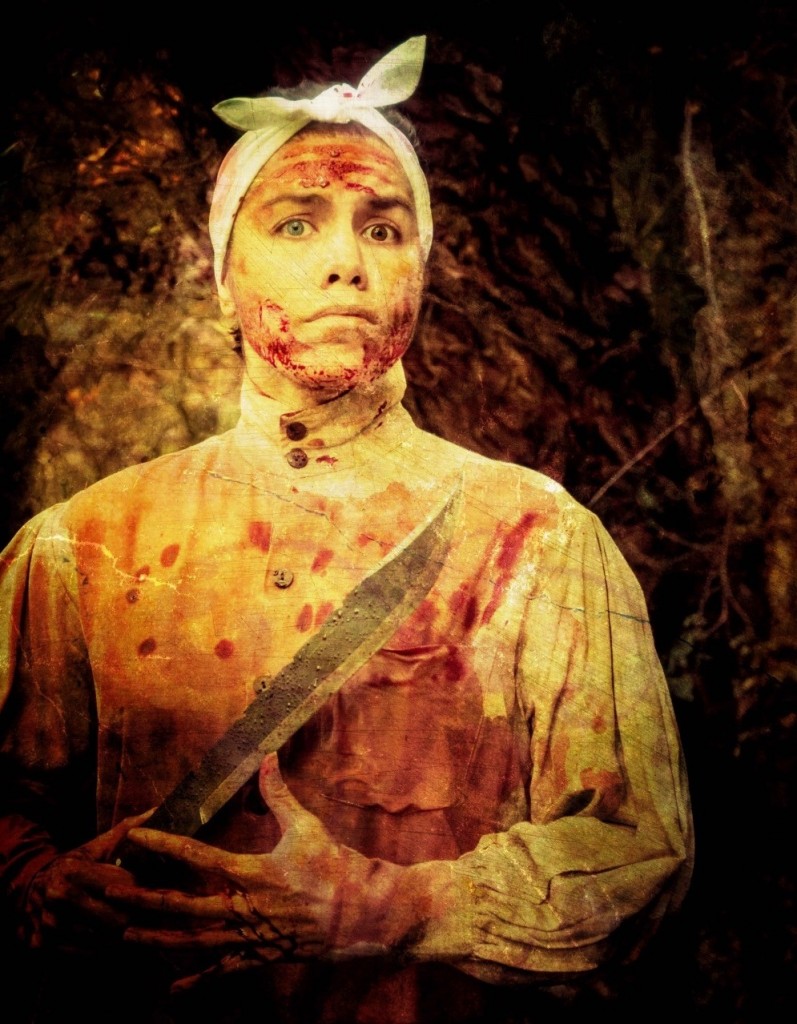 Wawa Aba is Dada’s firstborn child. Wawa was born as the result of Dada being raped. She has one blue eye and one brown eye. Wawa’s freedom comes at a tragic price. Image: “Aba” by Missy Burton.

Those uncomfortable conversations resulted in the photographic series, Dynasty: The Peculiar Search for Totality.

“In order for me to tell the full story of Dada, this woman that I created to reclaim the image of Mammy, in order to tell her story, I had to give her a back story and forward story for her legacy. I had to create a family for her. And that’s what Dynasty is. It’s that family.” 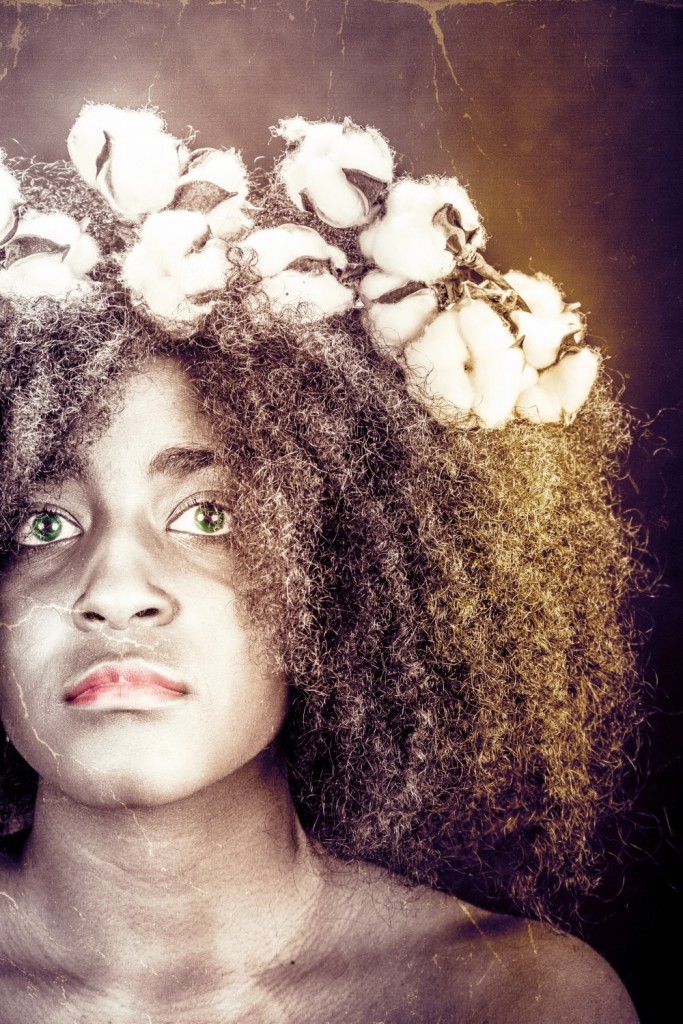 Nunu was born just before Aba’s death. It is from Nunu’s generation on the family begins to move forward and claim political freedom. Image: “Nunu,” by Missy Burton.

The series is more than photographs. 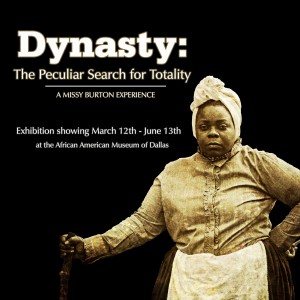 Each portrait is also equipped with augmented reality tech. Download the Sanaa app, point your phone at the portrait and the character comes alive. Each character is able to tell her own story with poetic prose that Burton wrote for her.

Another component of the exhibition is called Ancestral Memories. Burton worked closely with historian/artist Lashaé to fashion artifacts for each character. The displayed elements add yet another level of reality for each family member.

With context added to her photographs, Burton said it will be very interesting to see what kind of dialogue she’ll have now with visitors to the museum.