Skip Navigation
Home > ArtandSeek.net > At Dallas Contemporary, Film By Artist Ariel René Jackson Explores Who Gets To Create The Stories Behind Artifacts

The Austin-based artist’s lyrical film essay, streaming at Dallas Contemporary, meditates on a debate between a pair of archaeologists theorizing over Black American pottery and the origins and use of several ceramic bowls, or colonoware, that were found on the shores of North and South Carolina.

The conversations are based on writings by real archaeologists: Leland Ferguson, who’s Black, and Christopher Espenshade, who’s white.

Jackson’s film considers what data is relevant when theorizing about a cultural past erased by colonialism and industrial progress. 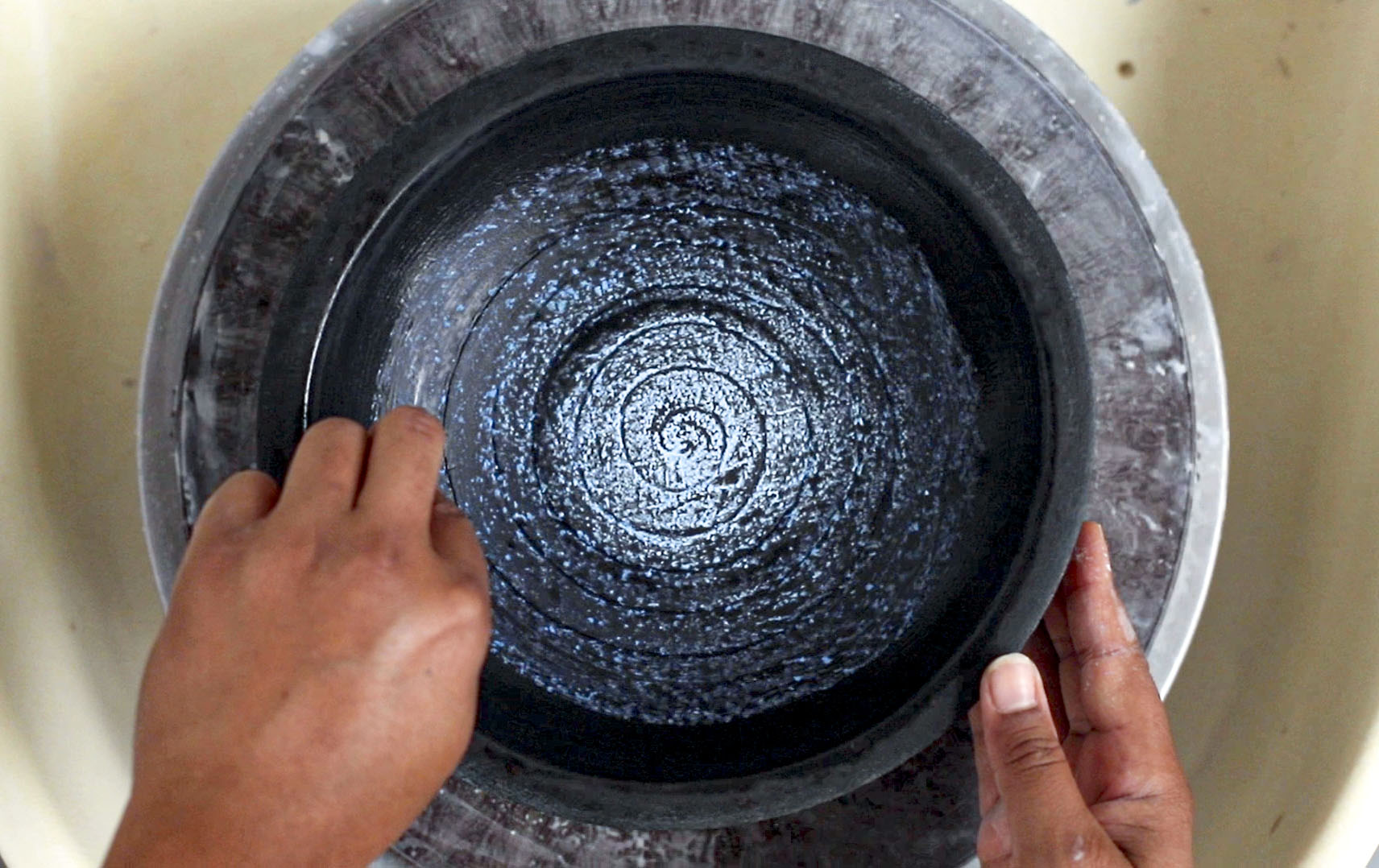 “That inspired me to think about how that applies to a lot of gaps that exist in the histories of those who are oppressed,” Jackson said. “I, as a Black person, I’m thinking a lot about how the Black diaspora has largely had their history erased or there’s not a lot of documentation. And despite that, we are sort of met with re-creating culture or filling in the gaps.”

In theorizing about the origins of the ceramic bowls, Ferguson compares the markings on the bowls to those in Sierra Leone. He suggests they were used for medicine, ritual waterside purposes and other aspects of the culture of those enslaved and brought to America from West Africa. However, Espenshade and other critics challenged Ferguson’s use of imagination and were doubtful of his findings.

But, Jackson said, the film is less about the two archaeologists fighting over theories and more about Ferguson’s response to Espenshade.

Ferguson says that “both imagination and doubt are essential components of the process. Espenshade finds my work, and especially interpretations of that work, heavy on imagination and light on doubt.

“In turn, I find Espenshade’s critique excessively weighted toward doubt and lacking imagination.“ 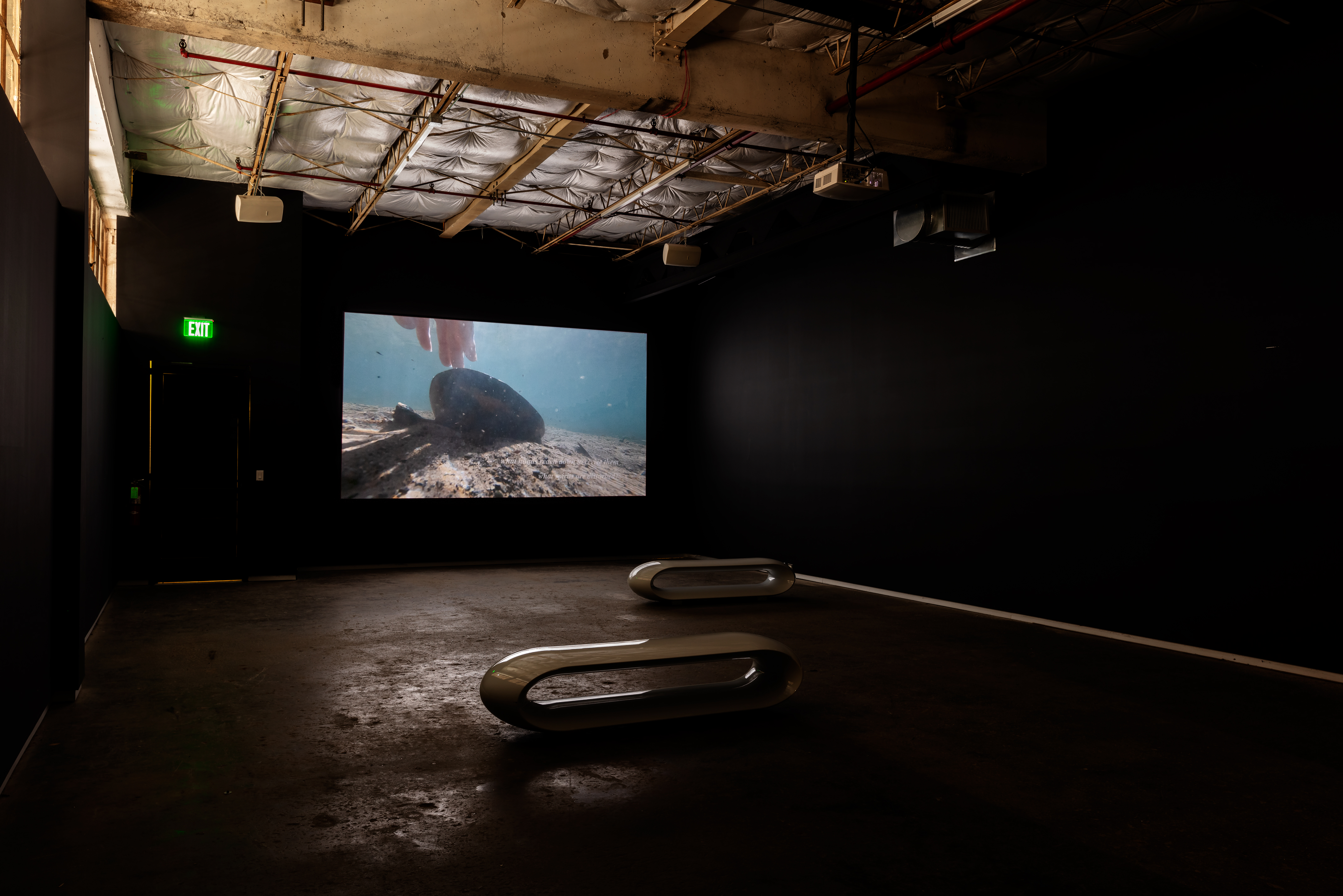 People like Ferguson, “push for the freedom to be able to think and imagine proposals that get us thinking about what could have been,” Jackson said.

“So I wanted to sort of just meditate on that,” Jackson said. The film uses the ceramic bowl, and the stages of transformation it undergoes, as a narrative device.’ 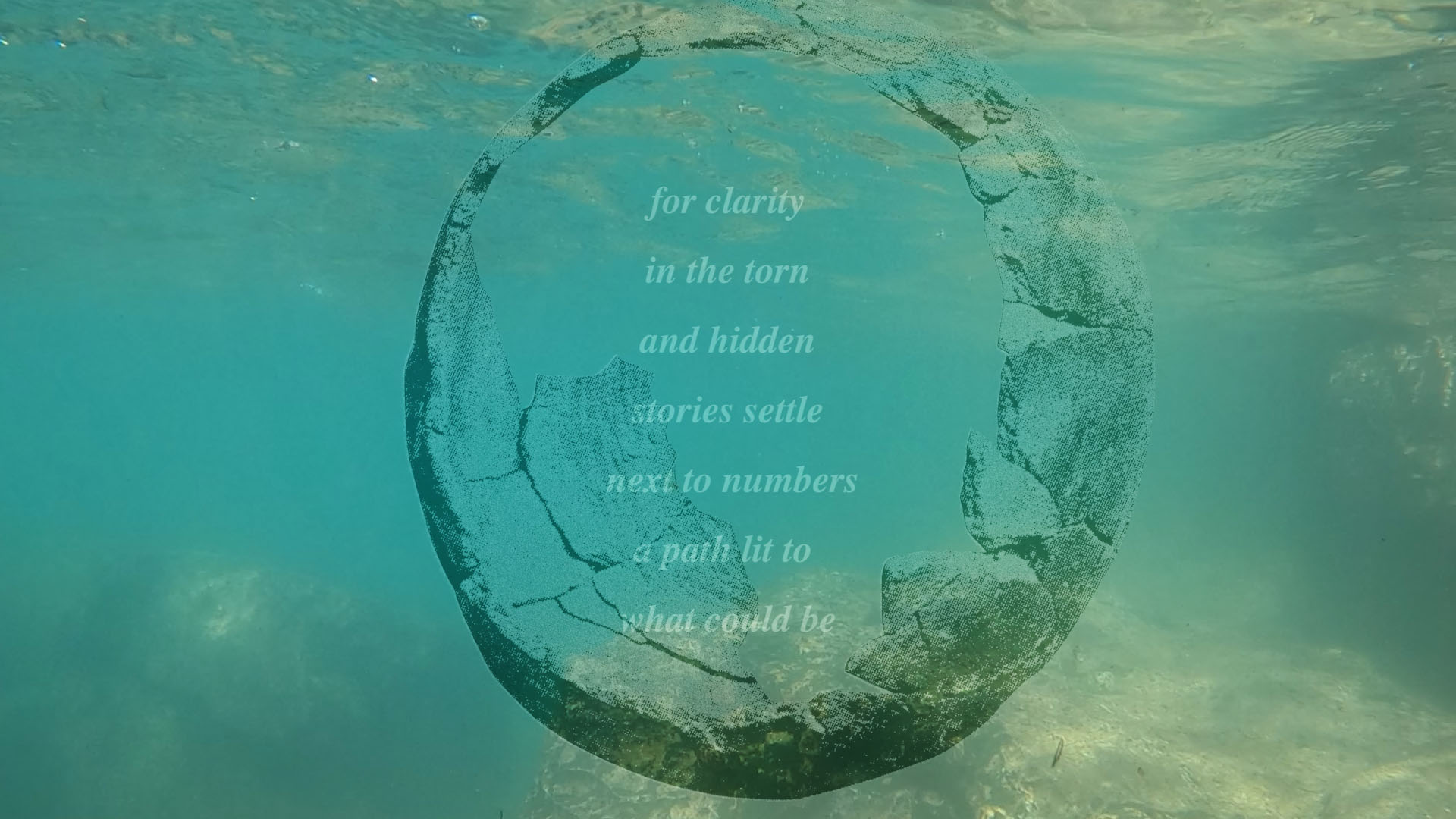 By repurposing colonoware for a waterside ritual in the film, Jackson is able to illustrate one of Ferguson’s arguments: The pottery served spiritual purposes.

Doubt & Imagination is on view through Aug. 22 at the Dallas Contemporary. Visitors must follow COVID-19 protocols.