The AT&T Performing Arts Center will furlough dozens of workers as it heads into a fifth month without any live programming.

Beginning July 1, 31 full-time employees will be temporarily furloughed without pay, though they’ll still receive health benefits. AT&T PAC is also reducing the regular pay of all remaining staff by 20%.

These latest cuts follow several measures taken by the organization in April including reducing pay for its leadership team and slashing facility maintenance costs. The Center also furloughed 33 part-time workers. About 58% of the Center’s workforce has been furloughed.

The organization has endured more than four months without revenue. AT&T PAC closed its five venues and canceled all live programming on March 13. 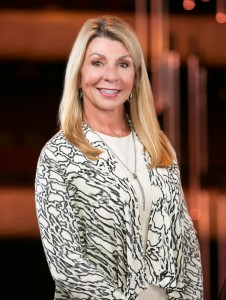 “From a financial standpoint, the majority of arts organization have less than four months of cash on hand,” she said. “When you’re faced with months without any revenue whatsoever, you have to significantly reduce expenses, and that’s all you can do to survive.”

The Center has plans for a soft reopening in September with a focus on local talent. Storey points to Strauss Square, AT&T PAC’s outdoor venue, for potential use in the fall.

She said the Center’s figuring out a way to let local arts groups use venue space at a discounted price.

“It’s a break even proposition,” Storey said. “We know that by putting local groups and smaller audiences in our spaces, we’re not going to make money. We just want to be visible and viable and relevant to the community and useful.”

In May, AT&T PAC launched its Raise the Curtain fundraising campaign to help shore up the organization’s financial health. Storey encourages donors, big and small, to contribute to the campaign.

“I believe that this is going to fundamentally change our industry as we go forward,” she said. “I’m not sure all of the ways in which the industry will change, but certainly the cost structure needs to change.”