Denyce Graves’ powerful voice broke through the silence much like the way Ruth Bader Ginsburg shattered glass ceilings and barriers in her professional career.

With a fiery bellow, the famed opera singer intoned the late Supreme Court Justice’s name and kicked off the world premiere of a new work honoring her.

After the premiere, Graves, pianist Jeffrey Biegel and the Dallas Symphony Orchestra received a standing ovation. The work was part of a larger concert hosted by the DSO to honor Ginsburg.

Ginsburg’s son, James, who runs a record label in Chicago, said the program included pieces his mother loved best, like The Marriage of Figaro and The Flying Dutchman. He said he appreciated how the concert was thoughtfully put together with the commission of female composer Zwilich and conductor Lidiya Yankovskaya. 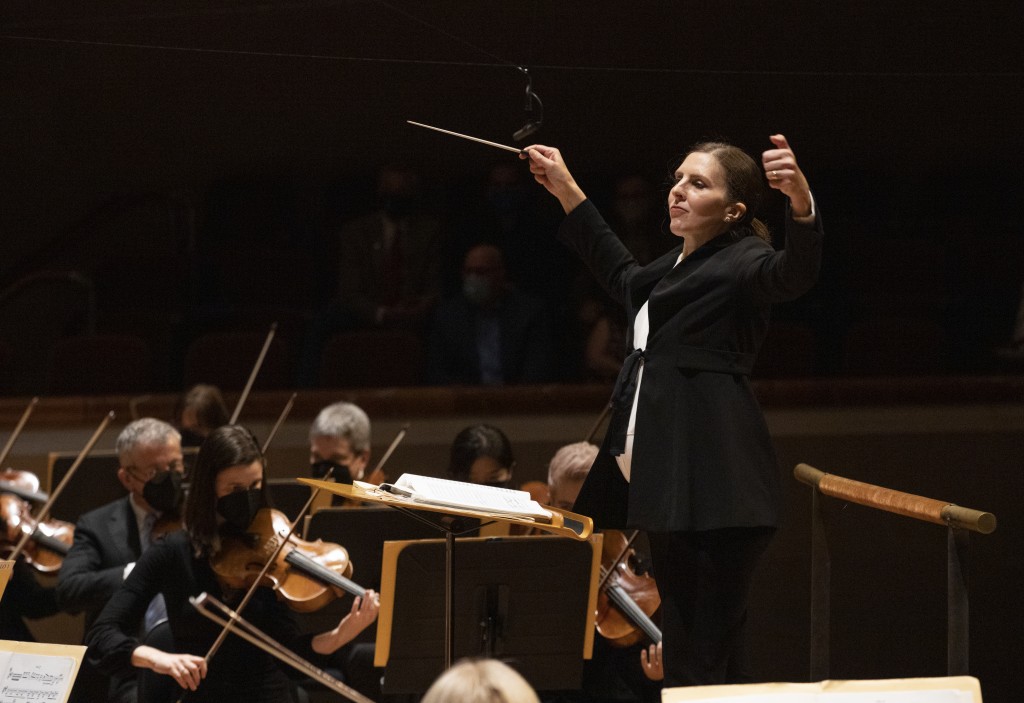 Heading into the concert, he reflected on his mother’s legacy and the timing of this event,  amid an ongoing fight over abortion in Texas.

“I mean, that’s somewhat coincidental, of course, but it’s just a reminder of how important the things she fought for are,” he said. “It wasn’t just women’s rights; it’s really for equal rights. You know, a lot of the cases she took, she showed how these laws that were supposedly favoring women, actually not only held down women, but also held down men.”

The audience Thursday was full of people drawn to the show not just by the music, but also their admiration for Ginsburg.

“RBG has been a really big inspiration in my life and all that she’s done for women and just people in general,”  said 30-year-old Erica Stanfill of Dallas.

“Earlier this year, I got to read her book In My Own Words and it was really moving and powerful and now getting to see [her career]  put to music, which is another big part of my life, is really important.”

And many concertgoers shared their own concerns  for women’s reproductive rights.

“I know  [Ginsburg] was instrumental in making sure women had rights and right now in Texas, we really don’t,” said Rachel Guillory, of Dallas, who hasn’t attended a live concert in over a year.

A judge recently blocked Texas’ restrictive abortion law, but Guillory said she worries that might only be temporary.

“Who knows what’s going to happen when it gets to our current Supreme Court,” Guillory said. “So at this moment women have lost their right to choose anything really about their health.”

Martin Godoy, of Denton, heard about the concert on social media.

“For me, I’m all for everything she stood for and women’s rights is extremely important,” he said. “Women in music, women in politics, we need more women in these higher up places so we can diversify our way of thinking.”

Godoy’s partner, Brennan Davis,  said he, too, came to enjoy the concert and also to show solidarity.

“Her life’s work is really important to me and all the things she accomplished for women and for minorities and I wanted to come out really for support,” Davis said. “Women’s rights affect everyone, not just women.”

Zhen Barrientos, 38,walked away from the concert, feeling deeply emotional. She described it as a “powerful” performance that resonated with her.

“There was a lot of hope that was presented today, just the feeling that we’re not alone. We stand on the shoulders of giants and greats.”