Skip Navigation
Home > ArtandSeek.net > Could the return of this South Dallas landmark undo decades of disinvestment?

Elizabeth Wattley has big plans for the Forest Theater.

“Everyday, I wait for the marquee to be illuminated,” she said. “I want to push the big button and see the red ball light up.”

The historic venue has been vacant for over a decade, but it’s bright green tower and the red ball atop it still watch over South Dallas. 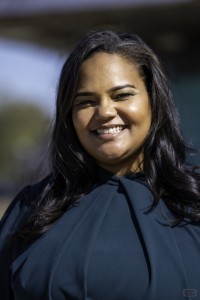 For years now, Wattley’s been pushing for its great return. When she last spoke to KERA in 2018, Wattley was overseeing CitySquare’s restoration efforts. That nonprofit has since transferred ownership to a new group specifically dedicated to the restoration of the Forest Theater.

Located on the corner of Harwood Street and Martin Luther King Jr. Boulevard, the building first opened its doors in 1949 as a movie theater, and it has since hosted musical greats such as Prince, Tina Turner and B.B. King.

Now, as the president and CEO of Forest Forward, Wattley has mapped out a new vision. She laid out her team’s new restoration plan for KERA during a recent tour. Here are some of the highlights from the conversation:

On the community’s ties to the historical venue

“Originally, the Forest Theater was a segregated theater and people of color had to sit in the balcony,” Wattley said. “Actually, where you’re standing right now is where if you were Black, you had to sit. This was your only option. This is where my dad had to sit when he came to watch movies like “Imitation of Life.” So, it all kind of comes full circle for us.”

Wattley said the restoration for the venue could be a catalyst for the neighborhood. Investment in South Dallas could help reconnect Black communities long ago severed by infrastructure and sidelined by disinvestment. The highways on either side of the theater have long stifled economic opportunity.

“Being such a historic and large, impactful space in the Black community is important, and it’s specifically important right now after what we’ve all gone through during this social justice movement. We had the Black Lives Matter sign, a 175-foot sign, across the front of the building. That was not on accident. That was to say Black lives do matter. This is an opportunity and chance for real progress.”

On what the neighborhood wants from the new space

“It’s really where do you want to start learning? Where you wanna get your hands dirty, get creative and innovative? So, there’s a podcast and a recording studio for broadcasting. There’s a design studio. There’s a flex space. There’s a resource hub. There’s a movement room for dance,” she said.

In all, the expanded venue would house the original concert hall, a 13-thousand-square-foot arts hub, a roof deck, an industrial kitchen, and a black box theater. 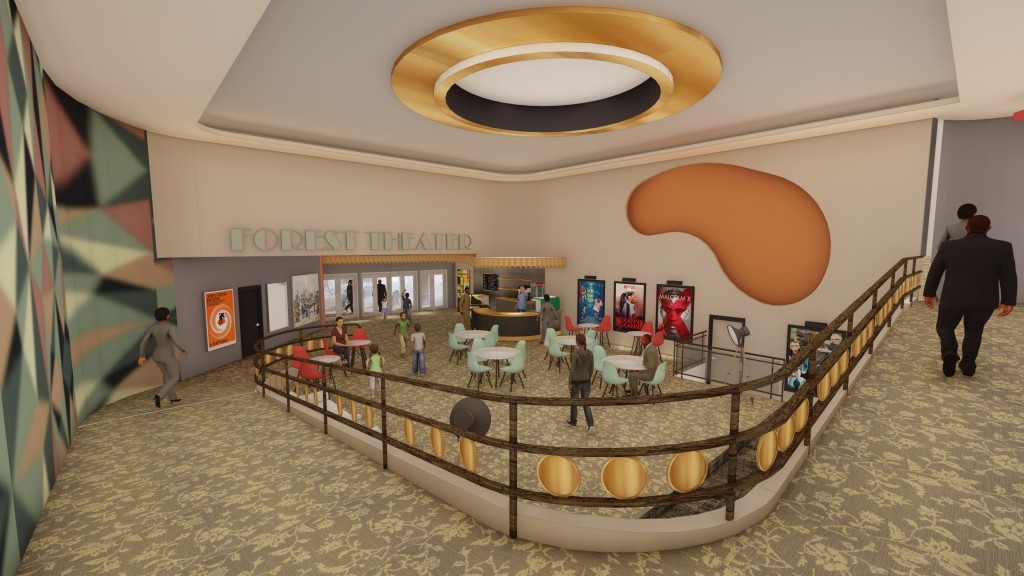 “The theater has a partnership with the Dallas Independent School District with the MLK Arts Academy, which is right behind the the theater,” she said. “We’ve been working really specifically and diligently to connect those two facilities and programming. A lot of the students at the MLK Arts Academy will utilize the spaces at the Forest Theater to enhance their arts education opportunities … We really want to bring that connectivity, so our students can feel safe going back and forth and really just utilize and maximize the opportunity at their fingertips.”

The ambitious renovation plans for the theater come with an equally ambitious price tag: $75,215,000.

“That number is very intentional in a few ways,” Wattley said. “One is that’s the amount of investment that’s needed. South Dallas has suffered from decades of disinvestment and we’ve got to get a few things right. Also, 75215 is the zip code, and we know that zip codes predict your life expectancy. If you are in 75215, you get to live 67 years. If you drive two miles north, you get to live an extra 16 years. So through this work and through the quality of life that we want to be able to enhance here in South Dallas, I thought it was important and key to highlight 75215 because it also highlights the importance to the community.”

Forest Forward has raised $25 million so far. The nonprofit unveiled its restoration and fundraising plan in November. Wattley said that the announcement has fueled support for the project.

“Fundraising is absolutely the priority,” she said. “The easier and faster we’re able to fundraise, the faster we get this done. So, when people ask me when’s the expected open date? $10 million later. We’re closing the gap.

The original Forest Theater was created by Karl Hoblitzelle, the theater owner and real estate investor who also developed the Majestic, Lakewood and Inwood Theaters. Photo courtesy of Forest Forward.

“We want the residents that live here to be able to utilize these resources,” she said. “That’s exactly how we are approaching this work and who we’re building this for. So, part of the way that we do that is minimize displacement. We’re really fortunate to be in an area where the people that are here own their homes and want to stay. Good things are happening in South Dallas, and the best way for us to prevent displacement is one to stay and then keep things affordable.”

Wattley says Forest Forward plans to work with city officials and developers to establish mixed income housing in the area.

“Mixed-income housing is important to help diversity the socioeconomics, but also deconcentrate poverty,” Wattley said. “We do want to bring a healthy mix of density to be able to support the school and the resources that are here but that is without displacing people. We really want people to stay in this community.”

There may not be a concrete opening date set yet, but the restoration is already underway. Wattley said her team has begun stripping decades of paint to reveal the theater’s original fixtures.