Art&Seek is tracking the artistic process of Verdigris Ensemble’s “Faces of Dallas,” artistic love letters to Dallas. You can read the first installment here. Today, freelance writer Ginni Beam guest blogs for us.

Joe Milazzo may shy away from the spotlight, but you won’t get far in the Dallas literary scene without bumping into him. When I took my first Creative Writing course from Joe in Fall 2014, his speculative historical novel ​”Crepuscule W/ Nellie ” was just hitting the presses. Like all of his students, I admired his poetic vision and the zeal he invested in his classes. Joe was our champion at a university where the humanities were an afterthought. He made art and he fought for art.

Our paths continued to cross after I graduated. I had the pleasure of interviewing him about Other People’s Poetry​, ​a series of events in which he invited local poets to read classic poems by dead authors. I was spellbound by a reading of his book-length poem “​Of All Places In This Place Of All Places.​” Each encounter found him working tirelessly to bring art to the city.

Naturally, when I saw his name attached to the “Faces of Dallas” concert series, a collaboration with choral group Verdigris Ensemble, I had to know more. After inviting Dallas residents to complete the sentence “Dallas is…”, this ambitious fusion of poetry, watercolor, and music will set the most colorful responses to an original musical score by David Ross Lawn. Joe graciously agreed to sit down with me and share the details.

How did you get involved with Verdigris Ensemble and Faces of Dallas?

The short version: [Verdigris Ensemble Artistic Director] Sam Brukhman cold-called me. I listened to his pitch and was sold.

The long version: in the spring of 2018, Sam visited Deep Vellum Books and, in talking with [store owner] Will Evans, expressed his desire to collaborate with local poets on this project. My name came up, mostly likely because I had just published a book-length poem, Of All Places In This Place Of All Places, set in and very much of Dallas.

Will shared my contact information with Sam. Sam, in turn, requested a meeting (I think he messaged me via Facebook). I suggested coffee. We met one Saturday morning at Noble Coyote in Exposition Park last June and talked for a couple of hours about way too many things, but the one topic that still stands out in my memory is “Faces of Dallas.” As I learned more about Verdigris, their mission, and their hopes for this project, my involvement became more and more of an inevitability. We simply shared too many mutual interests — language as an artistic medium, experimental music, interdisciplinary programming, and creating showcases for local talent — for me not to volunteer my services.

“But Dallas is simultaneously the image it has cultivated of itself, one that can be very seductive, and the willed invisibility of huge portions of the populations who call it home.”

How will poetry be a major component of Faces of Dallas?

JMSam’s original proposal was that I write an original poem that would then be set to music. I made a counter-proposal: that I would curate a selection of 20 to 25 “micropoems” written by members the Dallas poetry community, itself a mosaic of various collectives, organizations, workshops, and formal-to-informal affiliations.

This solution appealed to me for a few different reasons. One, I felt it would highlight the rich diversity of poetic expression happening here in Dallas. In my experience, poetry in Dallas is inextricable from the communities that create it, tend to it, and sustain themselves by maximizing the value that poetry creates. And this seemed very much in keeping with the spirit of “Faces of Dallas.”

Two: cultural equity is important. I felt the best way to achieve equity would be to act in a largely administrative capacity, setting the terms of engagement and building infrastructure in support of fairness and inclusivity. That has meant, in part, figuring out some way to pay our contributors. But it has also meant thinking beyond the “Faces of Dallas” concerts themselves and about issues of documentation, representation, and “the chorus” in an almost conceptual sense. For example, I’ll eventually be creating an alternative libretto: an original poem that is itself a rearrangement or set of variations on the poems we received. To extend a metaphor: a mosaic complementing Stephen Zhang’s portraits.

Three — and here logistics and aesthetics meet — I was concerned that a long poem produced by a lone author might make [composer] David Ross Lawn’s task more difficult. My hope was that, instead, smaller units would give him the flexibility to make the most musical choices possible. In fact, I like to think of the material we received as modular, or as the many “sides” in a conversation that, like Dallas itself, is complex and (much like the city’s roadwork) never-not ongoing.

How did you go about getting the Dallas poetry community involved?

JMWe took a two-pronged approach. First, I solicited work from poets I felt would be sympathetic to the aims of “Faces of Dallas.” I did this less out of a desire to ensure some standard of quality and more to make sure we received a sufficient number of submissions. I believe I reached out to about 30 poets, all of them important voices and upstanding representatives of their individual artistic communities. We then opened up submissions to anyone who cared to write something for the project.

Again, we had to walk a logistics-aesthetics line to reach our destination. We spent a great deal of time thinking about how to ensure inclusivity even though the scope of the project had to respect certain limits. Specifically, we knew the completed composition would only be a certain (non-Robert Wilson-esque) length and would incorporate language from other sources. Ultimately, we identified a sweet spot of approximately 20 submissions.

“In fact, I like to think of the material we received as modular, or as the many “sides” in a conversation that, like Dallas itself, is complex and (much like the city’s roadwork) never-not ongoing.” 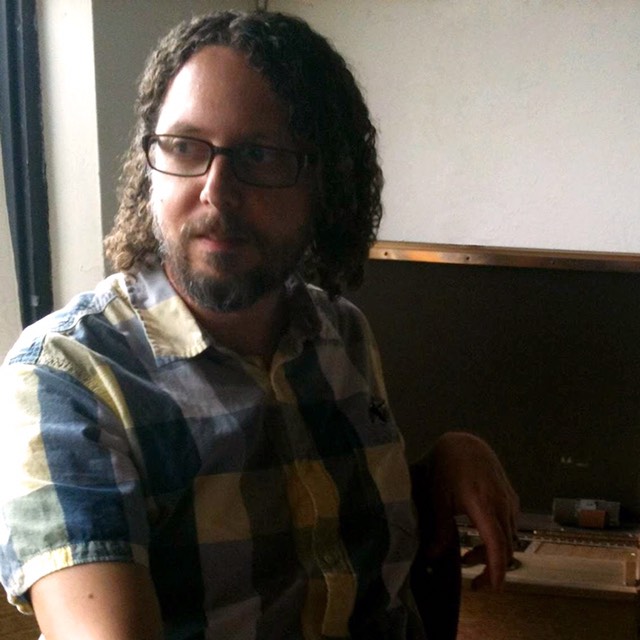 Did you give the poets any specific instructions or guidelines to follow?

JMI am a big believer in the generative power of constraint, and our call for submissions definitely reflected this. We asked poets to submit no more than 100 words and three lines of poetry. Those three lines, however, could take the form of a discrete tercet, or they could be three standalone poems. Or one-line poem and one one-line poem. Again, in the interests of cultivating a cellular perspective on Dallas’ body politic, recalling here Shelley’s “unacknowledged legislators.”

As to subject matter and/or theme, we modeled our call for submissions on a manifesto. Here is the exact verbiage we drafted and disseminated.

Suggested approaches/prompts: Document an encounter. Complain about the weather, the traffic, the rent, etc. Describe your day job. Map an emotion onto the city’s surface. Reveal what demands to be revealed. Scrape away the city’s surfaces and expose its archaeology. Get lost and/or find your way back. Take an unfamiliar route to a familiar destination. Walk or ride; don’t drive. Learn the meanderings of a new thoroughfare. Hold open a safe space. Look up. Eavesdrop. Wade. Salvage. Pay tribute. Mourn. Remember. Crowd out. Desegregate. Speculate. Cash in. Panhandle. Sweat. Listen to the wind, the thunder, the sirens, the bass thump, the highway, the mockingbirds, the air conditioning. Let everyone know the next round is on you. Pen an encomium. Inveigh against pretension, conspicuous consumption, greed, football. Plot. Pretend. Resist. 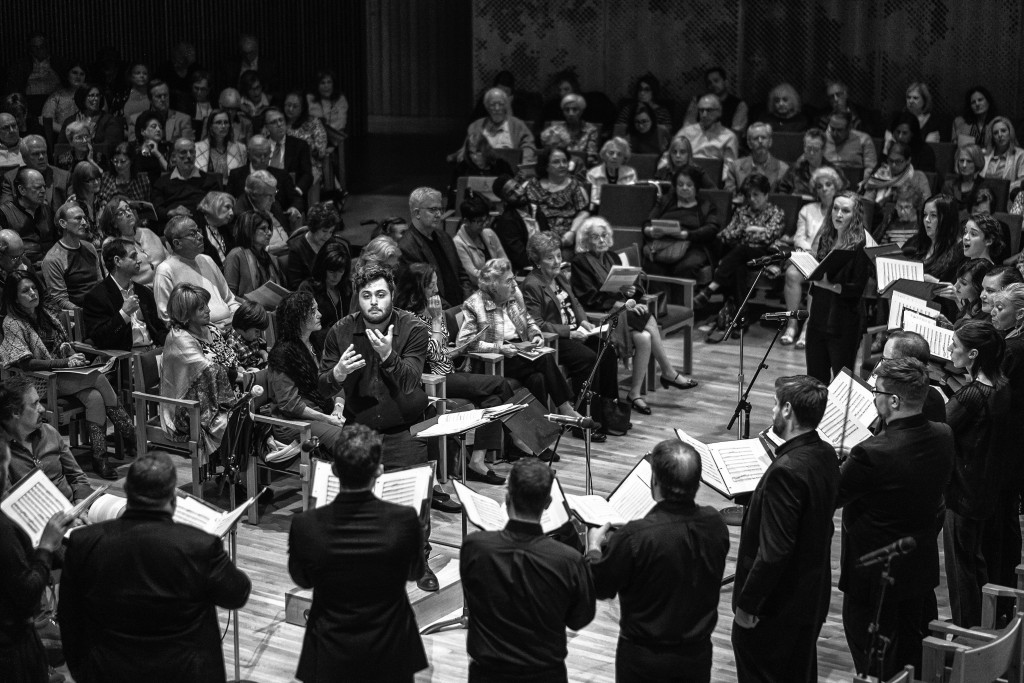 How would you describe the poetry you received? What can audiences look forward to from the libretto to Faces of Dallas?

JMThe best executive summary I can provide might be this: “Animated by all the tensions you would expect.” I was born and raised in Dallas (East Dallas, to be precise), and have spent all but two years of my life here. As such, I feel especially sensitive to the Dallas’ propensity for self-mythologizing. It’s easy to scoff at such gestures as pure sleight-of-hand meant to distract us from the razing of the city’ actual history: “There goes Dallas again, selling us a pretty facade when we know the back rooms have been cordoned off with police tape.” But Dallas is simultaneously the image it has cultivated of itself, one that can be very seductive, and the willed invisibility of huge portions of the populations who call it home.

Another way to put this is to say that the poems we received are full of reckoning. “Reckoning” as in “contemplating,” as in “coping,” and as in “settling up.” I hesitate to say “judge,” but Dallas also possesses about as much apocalyptic mojo as Los Angeles.

“a glint of egrets, like shooting stars, is a foot above the water” (Dan Collins)

JMA literary city is one that reckons with itself in this way, and I’m of the opinion that our poets in particular are doing the hard work of establishing Dallas’ literary identity.

I’d be most happy to learn that audiences leave “Faces of Dallas” feeling like they now have a new vocabulary with which to discuss their own relationship to their city. My hope is that, by putting this language into circulation, we can make its reverberations — its urgencies and possibilities — carry far enough to close the distances that divide us.

Ginni Beam is a freelance writer with a background in digital marketing. She lives in Garland, TX and has been a special contributor to several local publications, including D Magazine and The Dallas Morning News.

Joe Milazzo is the author of the novel Crepuscule W/ Nellie and two full-length poetry collections: The Habiliments and Of All Places In This Place Of All Places. In addition to co-curating the online interdisciplinary arts journal [out of nothing], he is an Associate Editor at Southwest Review, a Contributing Editor at Entropy, and the proprietor of Imipolex Press. Joe lives and works in Dallas, TX, where he was born and raised.