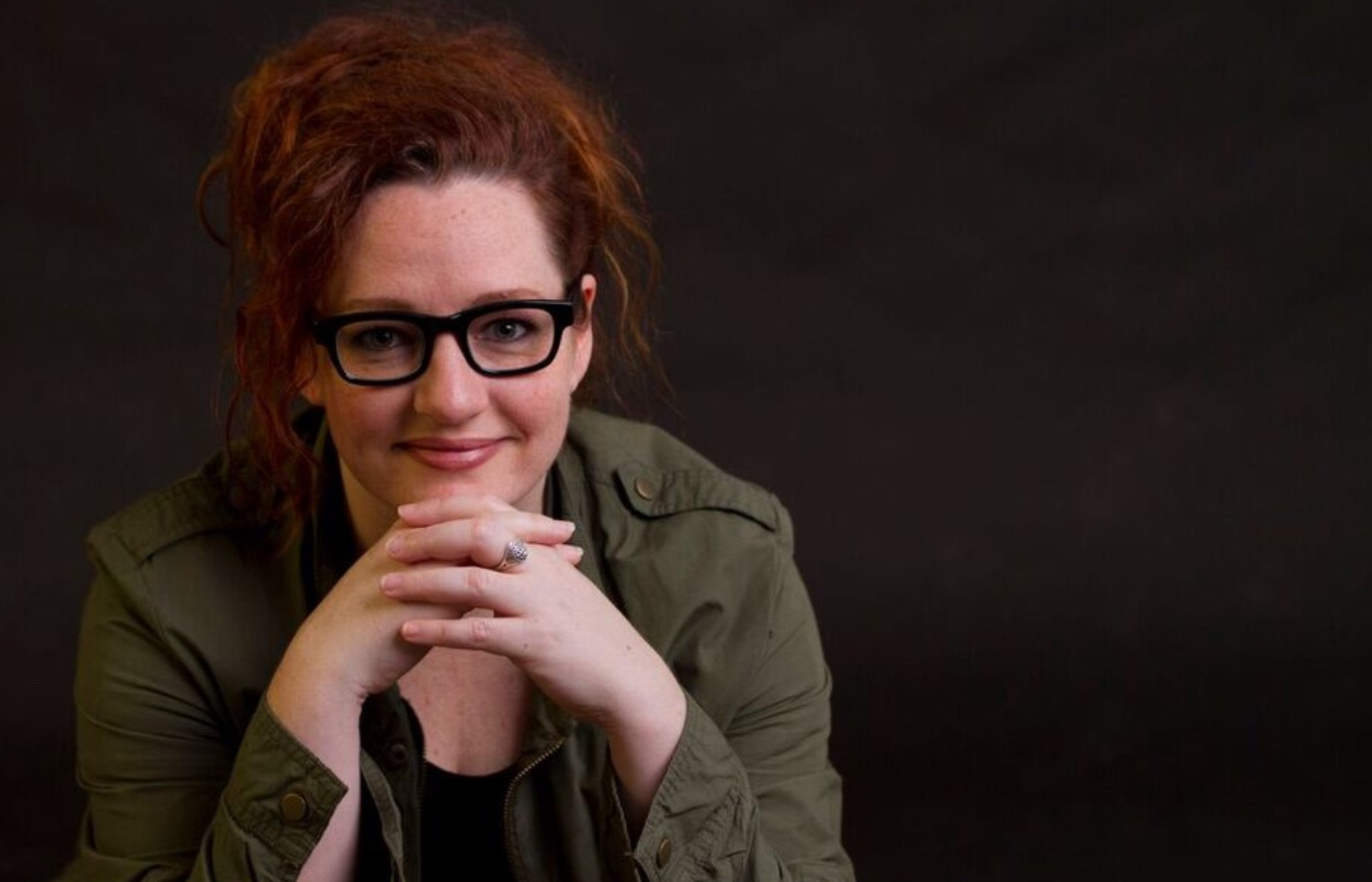 Parenthood is rewarding, but it’s also pretty difficult. And in rare cases, it can be dangerous for both parent and child. In this week’s Spotlight, Art&Seek meets an actress whose son has severe autism. She’s written a play that explores her experience, and it’s being workshopped at Theatre Three.

Jessica Cavanagh’s play “Self Injurious Behavior” can be seen now through June 10th at Dallas’ Theatre Three. Get the details here.

The play ‘Self Injurious Behavior’ begins with the sounds of sirens blaring from a distance. Quickly those sirens become louder. From the audience’s perspective, it’s almost as though a first responder vehicle has approached the theater, but no one flinches. We’re all watching actor Jude Segrest as he covers his ears, closes his eyes and begins to scream. 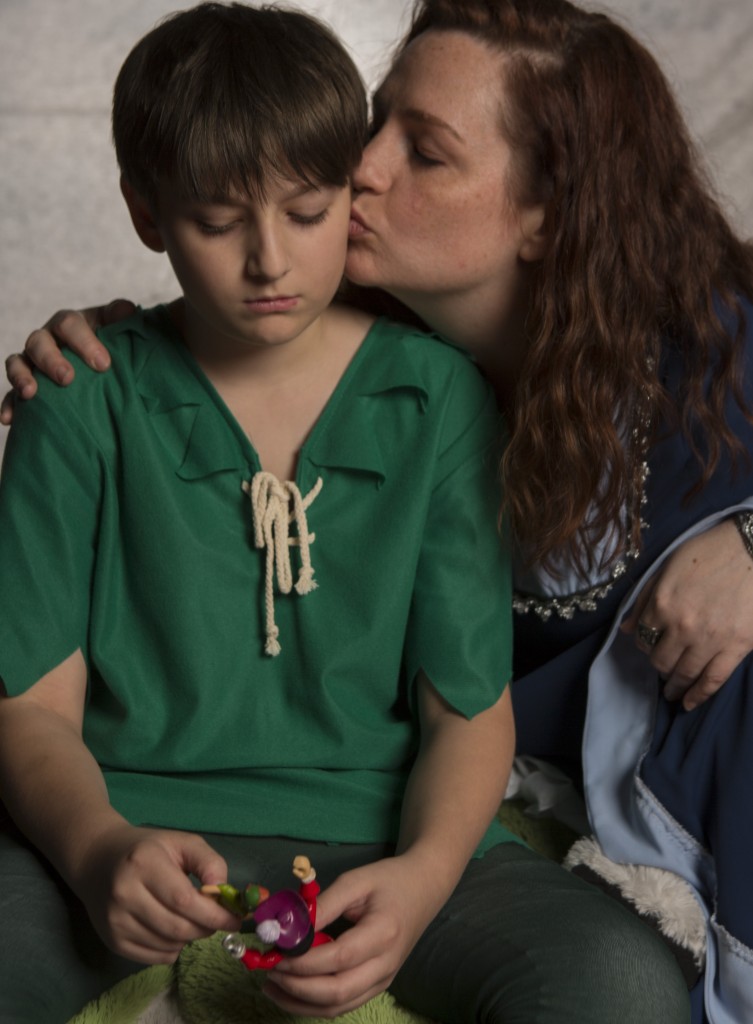 “FIRETRUCK! AAAAAAAAHHH!!! TURN OFF!” he yells.

Segrest plays Benjamin, an 11-year-old who is severely autistic. The siren from the passing fire engine has triggered a sensory meltdown. He’s screaming, slamming his body into objects and trying to pound his head into a wall.

The play’s main character is Benjamin’s mother. Jessica Cavanagh plays that role. In the opening scene, she’s trying to calm Benjamin down.

“It’s okay, Benjamin,” she says. “Remember what we talked about? Firetrucks help people.”

“They’re not easy,” she says of these roles. “They’re challenging. And sometimes I get halfway through the process and I’m like, ‘Why? Why have I done this to myself? And why do I gravitate towards these kind of roles?’”

Despite that,  Cavanagh – a self-described introvert – says these roles can be cathartic. 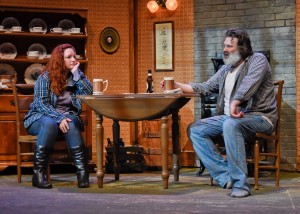 “It’s a release. It’s a way to actually show my truest self – even though it sounds strange because you’re playing a character, but you can hide behind that and then show everything,” says Cavanagh.

There’s no hiding in this role for Cavanagh, because she wrote “Self Injurious Behavior”.

“I started writing it after we admitted my son to a home for difficult special needs children, because he’s on the autism spectrum and he had become very violent and we got to the point where we felt like we couldn’t keep him safe anymore,” Cavanagh says. 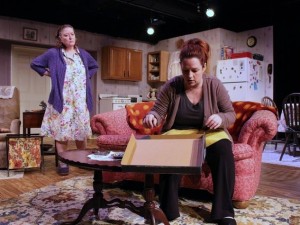 She admitted her son Elijah when he was 12. It was a devastating decision that sent her down a spiral of depression.

“You know, nobody wants to send their kid away,” says Doctor Alison Wilkinson-Smith. She’s a pediatric neuro-psychologist at Children’s Medical Center Dallas. She works with families who have autistic children. “Nobody wants to have their kid placed out of the home. But sometimes that’s necessary.”

Dr. Wilkinson-Smith says that when a child has violent behaviors, the most important thing is keeping them from hurting themselves or anyone else.

In the play, Benjamin hits himself and kicks his mom. He even pulls out his own tooth. Cavanagh’s son did this too. Dr. Wilkinson-Smith says there are treatments for these behaviors, but there isn’t a cure-all. She says these sorts of experiences can be extremely hard on parents. 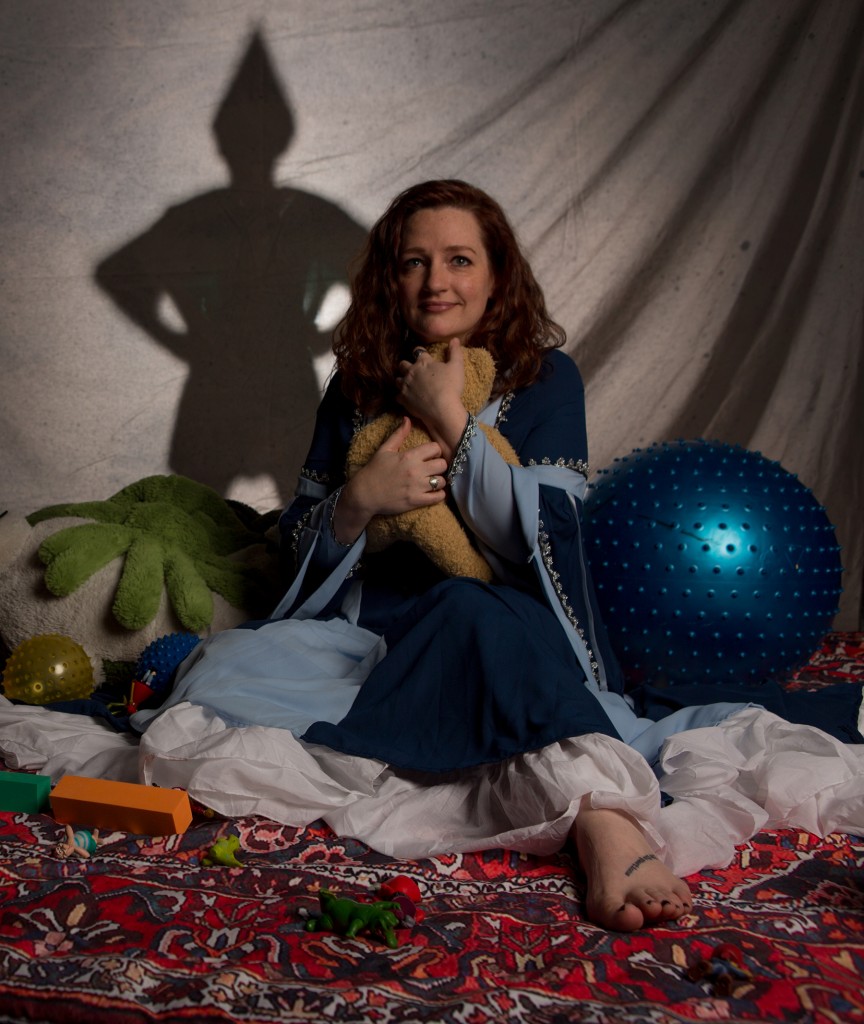 “You know, I was suicidal for a while,” says Cavanagh. “I felt like I was doing my son no good. These people will do better. And I have no purpose anymore.”

Around this time, Cavanagh didn’t really talk about Elijah’s behavioral issues. But one day, about four or five years ago, after visiting Elijah at his group home in Louisiana, she had to get some things off her chest.

What she jotted down became the opening scene to ‘Self Injurious Behavior.”

“I think I was desperate to just express something and to find some kind of release and not have it bottled up in me,” Cavanagh says.

The play deals with the aftermath of her excruciating decision. It’s set at a Renaissance Fair, of all places, and it’s packed with hilarious one-liners about motherhood. More important, it’s about growth.

“I think the play is actually about a lot more than simply being a parent,” she explains. “I think a lot of it is learning to forgive yourself, learning to reconcile yourself with the choices you’ve made. But one of my favorite things about it is that I feel it is opening a door to a life that most people do not realize that their friends with a child with autism might be dealing with on a daily basis.”

Today, Cavanagh’s son Elijah is doing a lot better. He’s 18. And after six years in a group home, she says he’s much healthier and happier than before. She visits him every month.

Cavanagh’s healthier too. Writing the play helped her come to terms with what she endured. It also allowed her to forgive herself for sending Elijah away. She hopes her play can do the same for other mothers facing similar challenges.