When Merced Elizondo searches for inspiration, he never has to dig very far. Elizondo’s first short film, Right Where You Left Me, was inspired by a lover who ghosted him. His second film, Just Lie Here, turned an uncomfortable Airbnb experience he had into a thriller. And his latest short, Manos De Oro, is a heartfelt drama loosely inspired by his father’s month-long hospitalization, caused by a severe nerve condition in 2018. The sudden pause took a toll on the Oak Cliff mechanic. Though the physical pain was severe, the mental strain around not being able to work was tougher on his dad, Elizondo said. 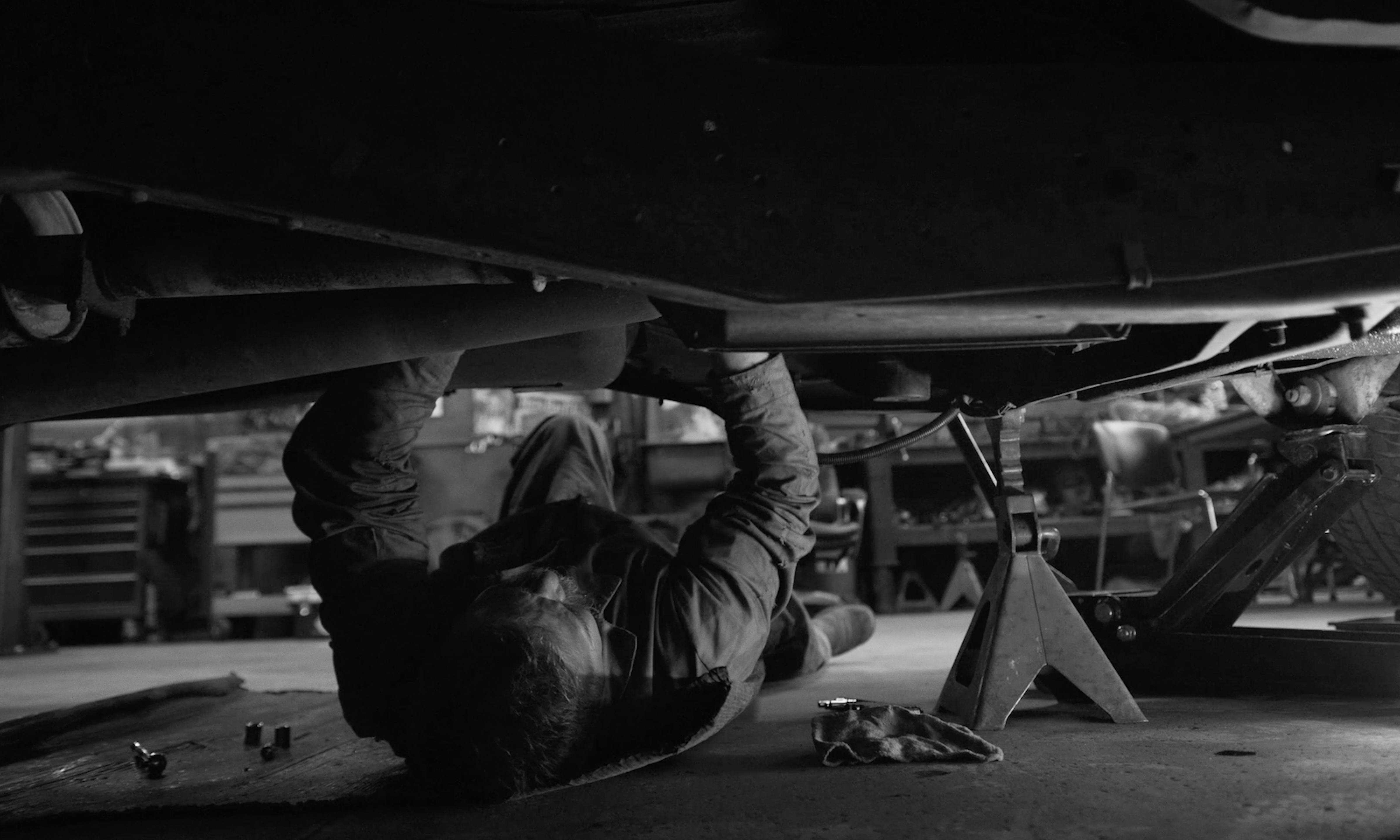 The 33-minute black-and-white short, filmed with a Latinx cast, dives into a story about pride, workaholism and toxic machista tendencies. It also begins a conversation about mental health in Mexican-American households. It stars actors Julio César Cedillo, Jero Medina and Richard Jackson.

This week, the film screens at the USA Film Festival, located at the Angelika Film Center at Mockingbird Station. Catch it during the Texas Short Films block at 6:45 p.m. (Call  214-821-6300 to reserve a ticket.)

Get to know Elizondo and his film more below.

On The Inspiration For Manos De Oro And tackling Mental Health:

There’s a machista culture that’s very much present in our Mexican-American culture, and it can be toxic at times. And I found what was hurting my dad the most wasn’t his physical pain — which to be clear was very severe — it was his mental state of not being able to work, going out with his boys, getting dirty, fixing cars, just kind of living that lifestyle. And I think, especially, as a Mexican American man, what I saw was a guy who felt no worth, who felt he had lost his identity for a while. Because I think Mexican men, in particular, really pride themselves on being providers. The man of the house. There’s really no denying that in our culture.

It can be very, very toxic at times. Manos De Oro is a reflection of two things. Number one: it’s that machista culture of being this toxic man and not being able to talk about your emotions. But I think on the opposite end of that, it’s also everything on the interior with mental health. And that was a big challenge that I wanted to tackle. Mental health in our communities is incredibly stigmatized.

On Filming Manos De Oro In Black-And-White And Spanish: 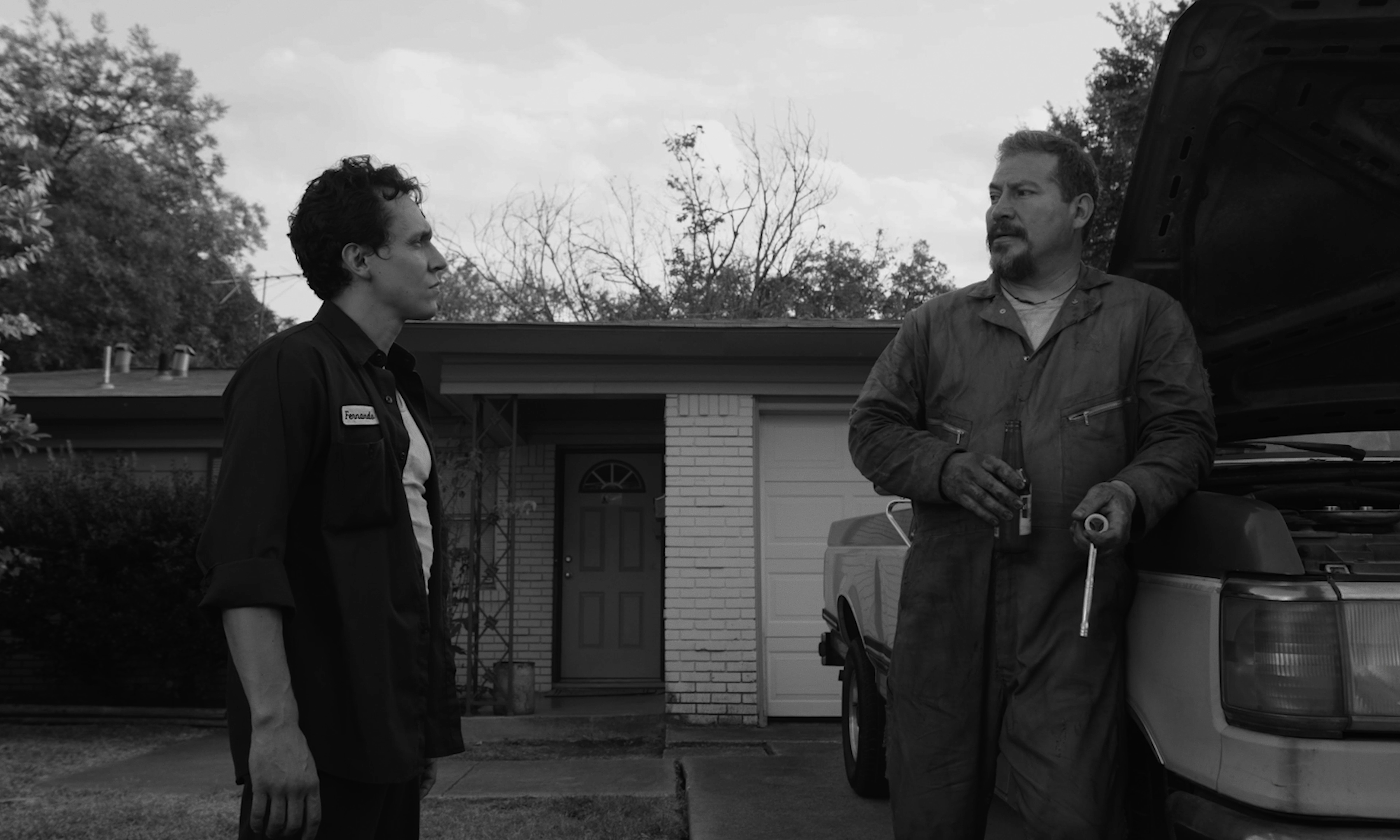 I’ve always wanted to make movies in Spanish. I grew up speaking Spanish, it was my first language. It’s a muscle that I wanted to flex, just because I can do it. And what is so beautiful about this experience is that I proved to myself, ‘Yeah, you can do it and you should keep doing it.’ It was a decision based on my truth and my reality growing up. I don’t really speak English with my parents, if hardly at all. And I thought if I’m going to do this, I have to do it the right way. I have to do it in the Spanish, the northern area Spanish that I grew up speaking. My family’s from Coahuila, Mexico. And it’s  a very different kind of Spanish and culture when compared to the south of Mexico.

The black and white was inspired by the decision to honor the Masters, to honor the classic feeling films of the French New Wave and the Italian neorealistic movement. To honor that quick-cutting avant garde cinema, gritty, dirty and hand-held. And it was an emotional decision.  It allows you to not be distracted by bright colors. It lets your attention be exclusive to the characters, the story, what’s happening. And that’s it.

On The Significance Of Representation And Storytelling: 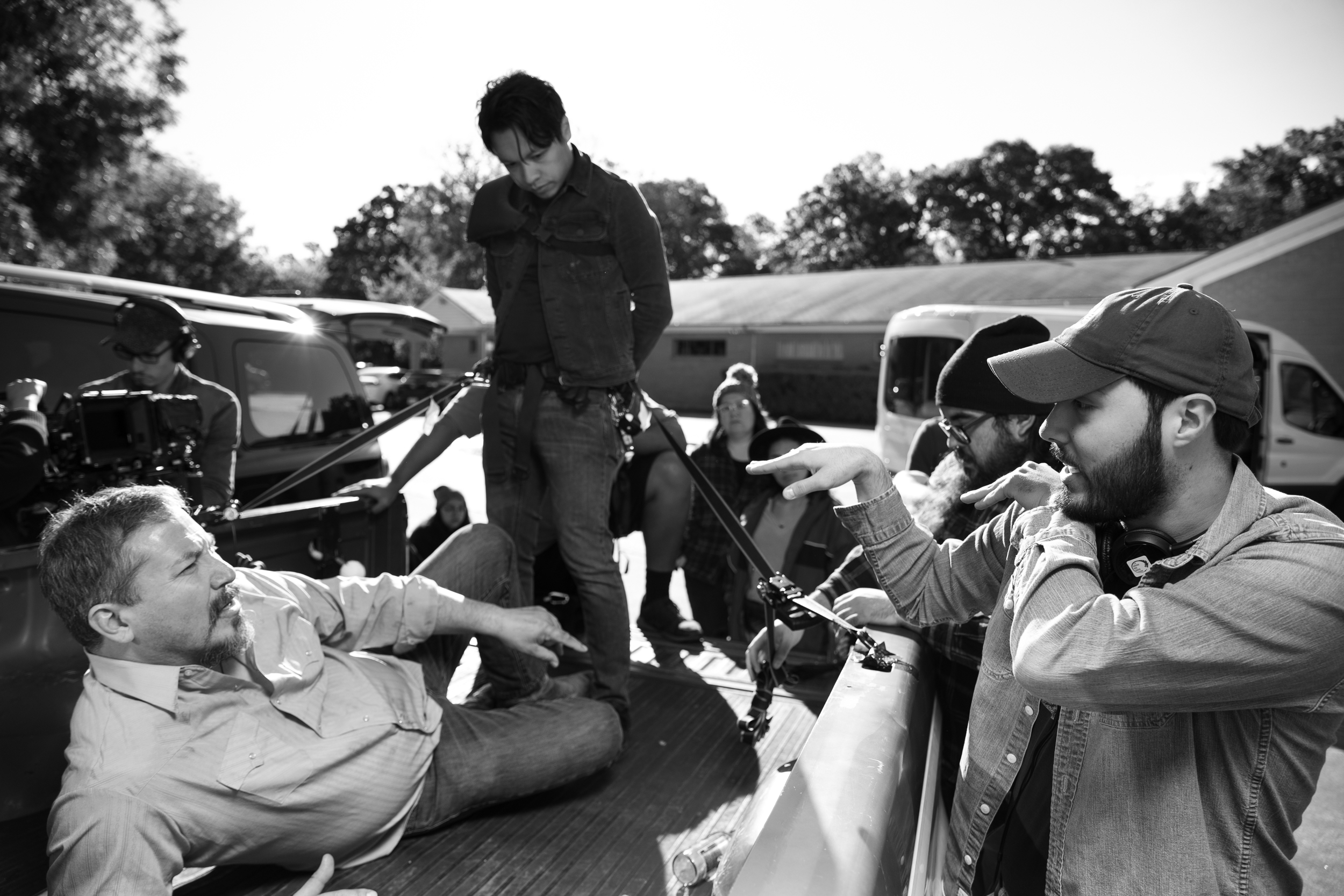 Actor Julio César Cedillo and filmmaker Merced Elizondo in the making of “Manos De Oro,” which was shot in six days. Photo: Exploredinary

There are a lot of stories that reduce us to the immigrant, the criminal, the cholo. That’s Hollywood’s representation of us. When they think of us think of that. I like to see Latinos, Latinas, Latinx artists, as a whole, doing normal people things because we are normal people. We are American as much as we are Mexican.

And to bring it back to Manos De Oro, I’m so proud of the fact that you can be anything and still understand at the root that this is just a father-son story, that happens to be in Spanish. But it’s not excluding us to our own little bubble.  Our stories are as relevant as a Stanley Kubrick film, as a David Fincher film, as a Steven Spielberg film. We are relevant and our stories can be valid in the general wide audiences.