Art&Seek is highlighting new music from North Texas every Thursday. Click above to hear me talk with DFW Soul legend Bobby Patterson for our Music Minute, which airs on KERA FM and KXT 91.7. For more North Texas music, tune in to the KXT Local Show at 7 p.m. on Thursdays. And tell us what you’ve been listening to on Facebook, Instagram or @artandseek on Twitter. 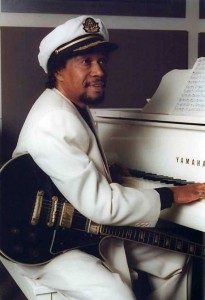 At 76 years old, Bobby Patterson has accomplished most of what he’s wanted to in life. He’s released multiple albums and has established himself as a legend in the blues and soul community with songs like “I Got More Soul” and “I’m in the Wrong”.

Interested in gospel music history? KERA airs a two-part PBS series, The Black Church:  This is Our Story, This Is Our Song,  Tuesday and Wednesday, Feb. 16 and 17, at 8 p.m.

He has one band that accompanies him in Dallas and another in Austin. And another in England, where the southern bluesman has developed quite the following. 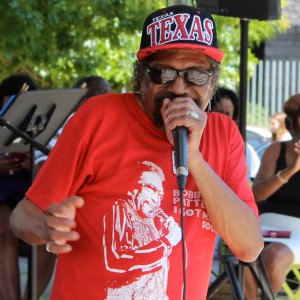 Patterson also had a popular morning radio show that ran from 1997 to 2012 on the (now defunct) soul station KKDA-AM here in DFW. (It was named best radio show by the Dallas Observer in 2005.)  Still, there is one goal that Patterson has yet to check off his list: release a gospel album.

Patterson started working on his goal back in 2015. He recorded tracks for an album, but for various reasons, it got put on the back burner. Then something happened that made it a priority: in 2018, Patterson suffered a series of strokes while undergoing an operation. The doctors told Patterson that he died on the table and they brought him back, but Patterson had his own thoughts about what really happened. He says it was all God.

“I said, don’t get it twisted,” Patterson said. “You’re good, but you ain’t that good.”

Patterson had to relearn how to walk and talk. All the while he kept his attention on the goal of releasing his gospel album. Finally, last year, on the day before Thanksgiving, the song “Praise His Holy Name” was released. An album of the same name is due later this year.

“I asked our Heavenly Father when I was down and I couldn’t move, I asked him to let me live long enough to get this album out,” Patterson said.

The church was a strong force in Patterson’s life. He grew up in Southeast Dallas and spent a lot of his formative years at Shady Grove Baptist Church, a wooden church that was established in 1910 and stands near the corner of Spring Avenue and Troy Street. 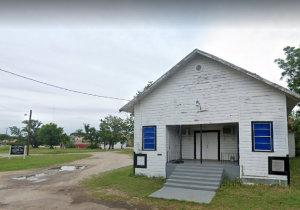 “My mother used to take me to the church at an early age and we would all gather there three or four nights a week,” Patterson said. “A lot of my writings come from the church.”

Patterson closed our interview with what his manager, Bart Kudlicki, affectionately calls a “Bobbyism”- a throwback from Patterson’s radio days:

“I chase lightning and capture thunder, walk through the graveyard and make the dead folk wonder.”

Patterson’s 76th birthday celebration was cancelled last year, but he hopes to celebrate twice as hard for his 77th in March. In the meantime, you can keep up with Bobby Patterson on Facebook, Spotify, and his website.