Skip Navigation
Home > ArtandSeek.net > Did You Notice? The Dust Bowl’s Back

In the 1930s, the Dust Bowl ravaged farmland from Texas to Canada. Many of us know this epic catastrophe primarily through the novel and film, “The Grapes of Wrath,” which chronicled the flight of an impoverished Oklahoma farm family trying to escape it. But the Dallas choral group, the Verdigris  Ensemble, has commissioned a brand-new multi-media concert about the historic climate disaster. It premieres this week in both Dallas and Fort Worth. KERA’s Jerome Weeks talked with Verdigris artistic director Sam Brukhman — who we previously profiled for the Artist Spotlight.

You moved to Texas several years ago, and ever since, your shows have been fascinated by Dallas history, by Texas history. But why the Dust Bowl? It certainly devastated the Great Plains. But why commission a new multi-media concert on a climate disaster – that happened 90 years ago?

“Dust Bowl,” presented by the Elevator Project in the Winspear Opera House’s Hamon Hall, Feb. 27-29 and by St. Stephen Presbyterian Church in Fort Worth, March 1.

Coming from New Jersey, I’m a native Northeasterner, I naturally had no idea what the Dust Bowl was. To me, it almost felt like it was totally surreal, like something that came out of a fairy tale. And so when librettist Ron Witzke traveled the Panhandle and areas around it, that was right around the time that these Australian fires were beginning. And it was just amazing to me that we had this parallel – because it’s happening in Australia, it’s still happening at times in the Panhandle. 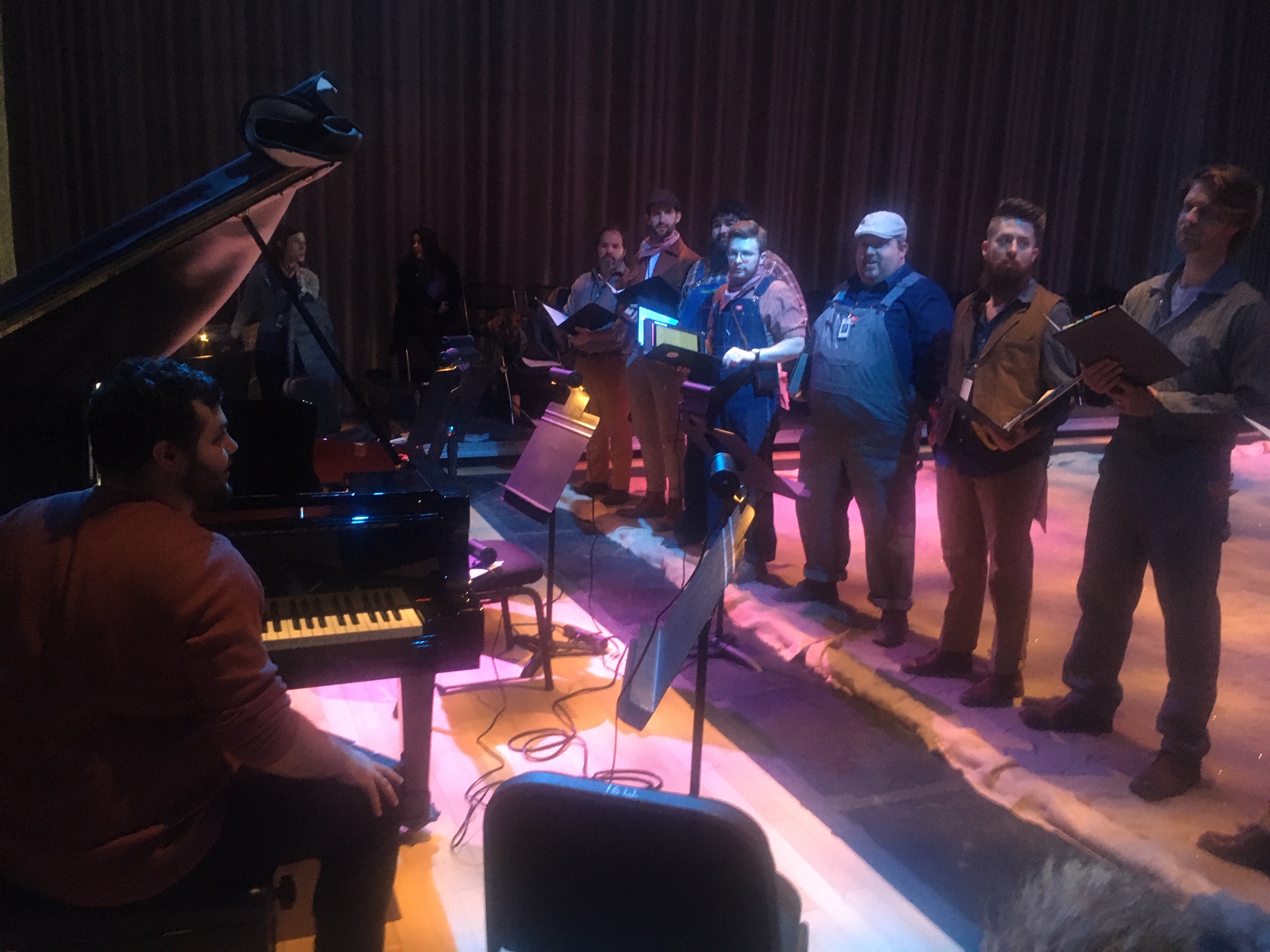 These are omens. This is sort of a harbinger that brings us into this almost post-apocalyptic world of no water, drought – and people have to live through that for a decade.

Many people think the Dust Bowl was just a big drought. But it was actually, partly, a man-made climate disaster. We basically plowed under the grasslands of the Great Plains and turned them into a desert.

One cause was the Great Depression. The price of wheat dipped from a dollar twenty-eight to about sixty-six cents. And farmers decided they would compensate for that by planting twice as much. So when they harvested the wheat, it opened up all of this dirt in the Great Plains that allowed these unique western winds to create the Dust Bowl. 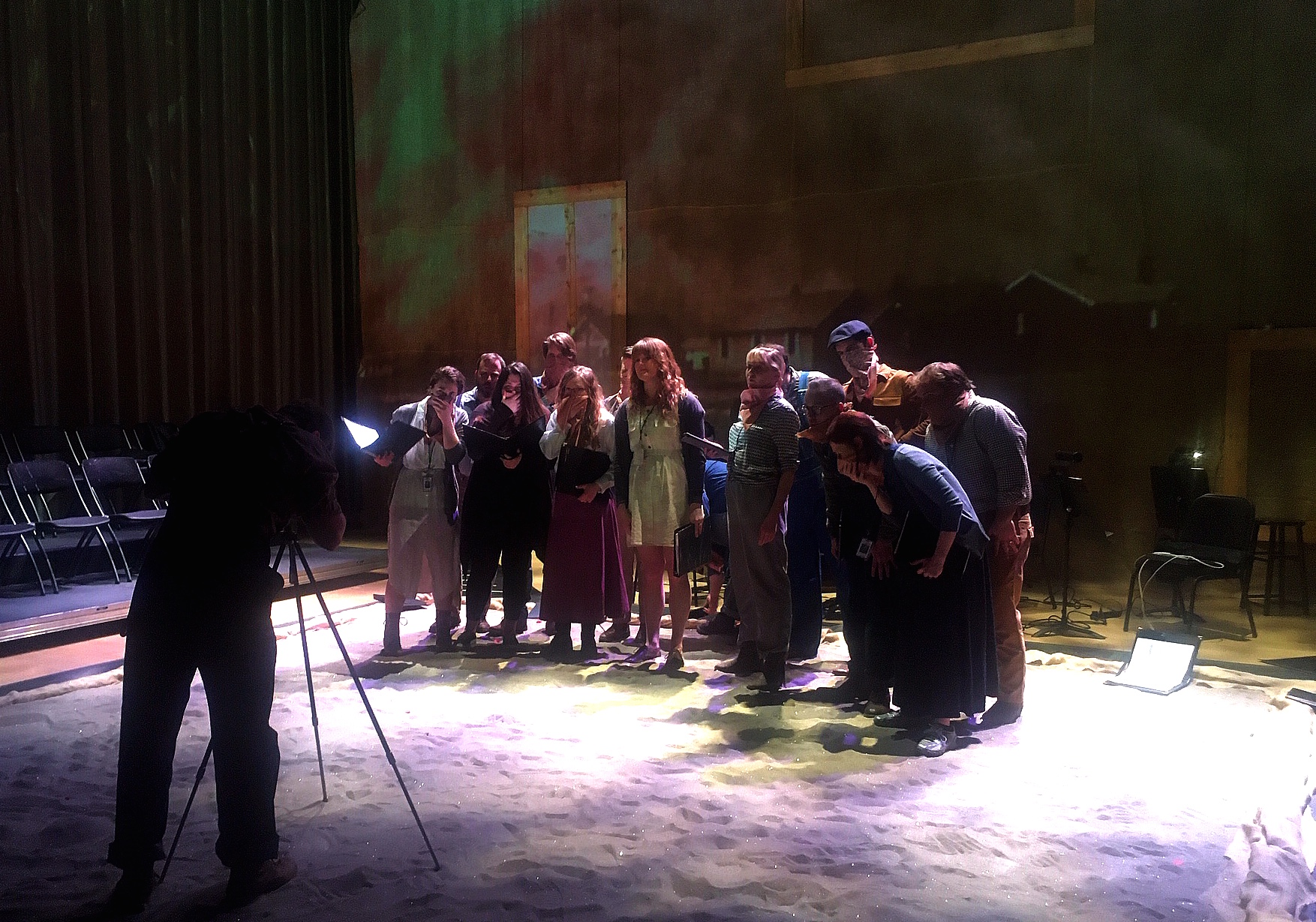 The cast of “Dust Bowl,’ playing farmers covering their faces so they don’t inhale the dust and posing for a newspaper photo for the Dalhart Daily Texan.

And it was more than just drought. There were plagues of jackrabbits. People died from pneumonia just inhaling the dust. But what did this do to communities? There must have been heroic — but also crazy behavior.

Let’s hear, this is Charlie Moore, singing as Tex Thornton in the show, ‘Dust Bowl.’

Now that’s just the chorus singing in rehearsal. But composer Anthony Maglione has actually orchestrated the whole show for a bluegrass band – complete with a mandolin and fiddle.

Yeah, this really, this production has really been genre-bending. It’s been a challenge for us and also the instrumentalists to find a balance between classical choral music and bluegrass. And so, like, the timbres and the textures and how we sing a vowel, all has had to be workshopped and collaboratively decided upon in rehearsal. 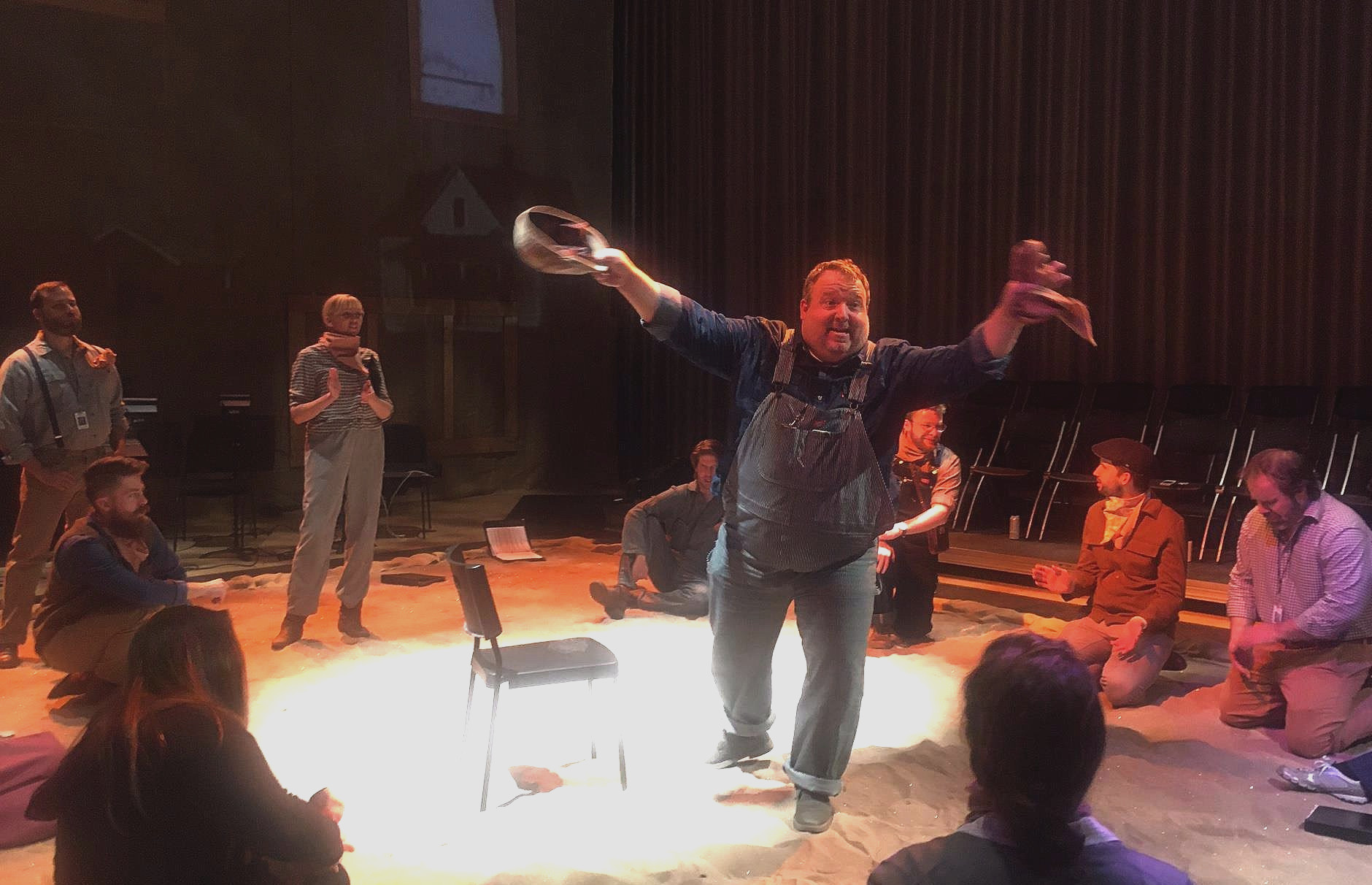 Charlie Moore singing as the real-life ‘rainmaker,’ Tex Thornton, selling his plan to launch dynamite into the air.

You seem determined not to present a straight-ahead choral concert. All your shows have  this multi-media aspect. Is that part of Verdigris’ mission?

Yes,  we understand the peril that classical music is facing right now with declining audiences. And we’re trying to make choral music accessible to everyone, and the way that we do that is through multi-sensory experience. It’s through collaboration with other organizations –

And it’s through bluegrass music. 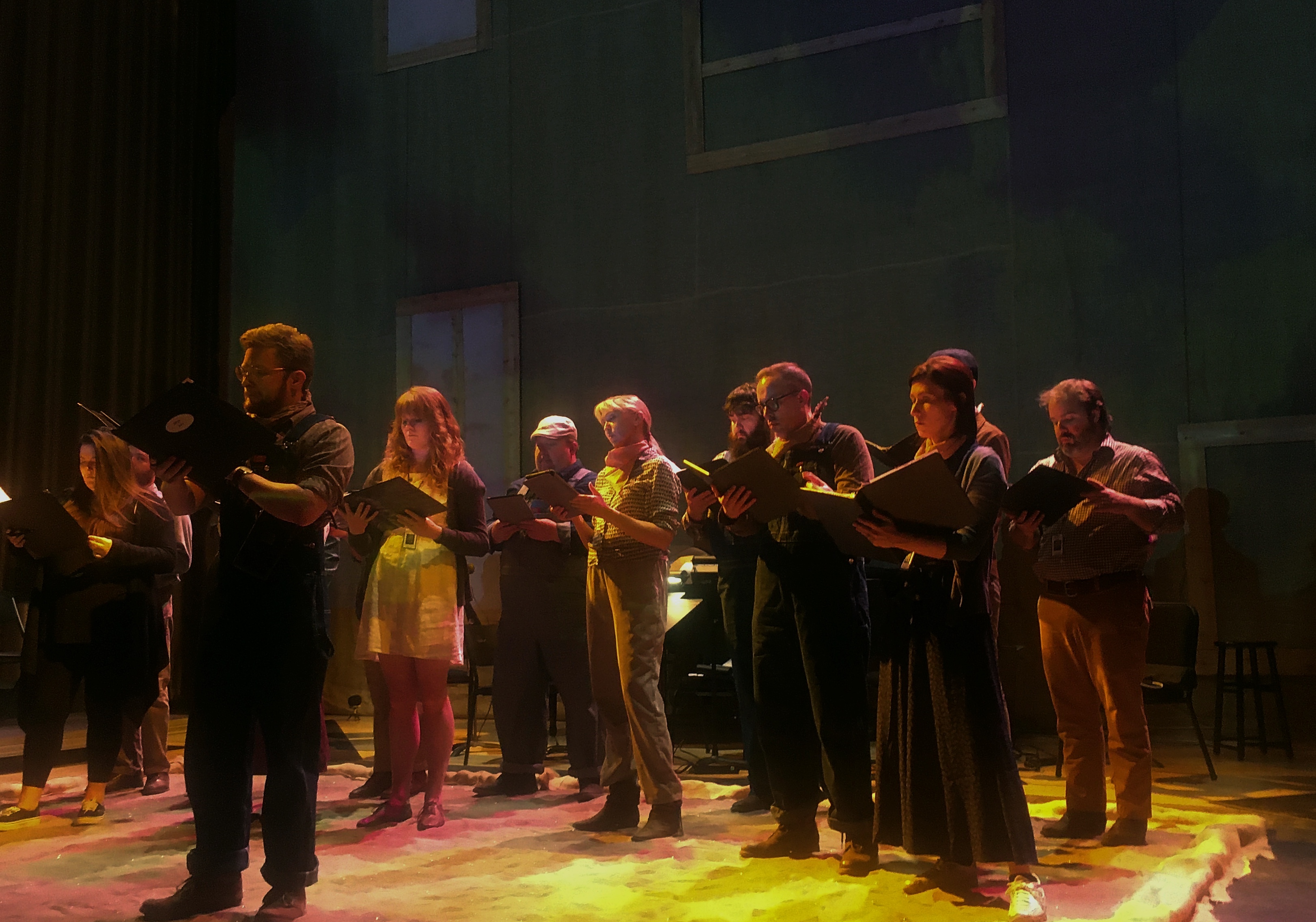