The Dallas Museum of Art announced the acquisition of “The Descent from the Cross” by German master Derick Baegert. Painted between 1480-1490, the piece will be added to their European art collection as the first of Baegert’s works to enter the United States.

The painting was acquired through the Marguerite and Robert Hoffman Fund for pre-1700 European Art which was established in 2003 to help expand the museum collection.

“This remarkable and rare painting by Baegert will be a cornerstone of the Old Master European holdings at the DMA,” said Agustín Arteaga, the DMA’s Eugene McDermott Director in a press release. “With this extraordinary acquisition, the Museum can now illustrate the development of art history from the Gothic period to the Renaissance through the DMA’s permanent collection. We are deeply grateful to Marguerite Hoffman for the remarkable gift she bestowed on the Museum in her name and that of her late husband, Robert, with the endowment of the fund, which has made possible this truly transformative addition to the Museum’s permanent collection.”

Baegert was a master of a large, late Gothic painting workshop in the Rhineland during the late 15th and early 16th century. He became very successful painting altar pieces and private devotional works. He is best known for his attention to detail and virtuosity and was the head of a family of painters, including his son and nephew. 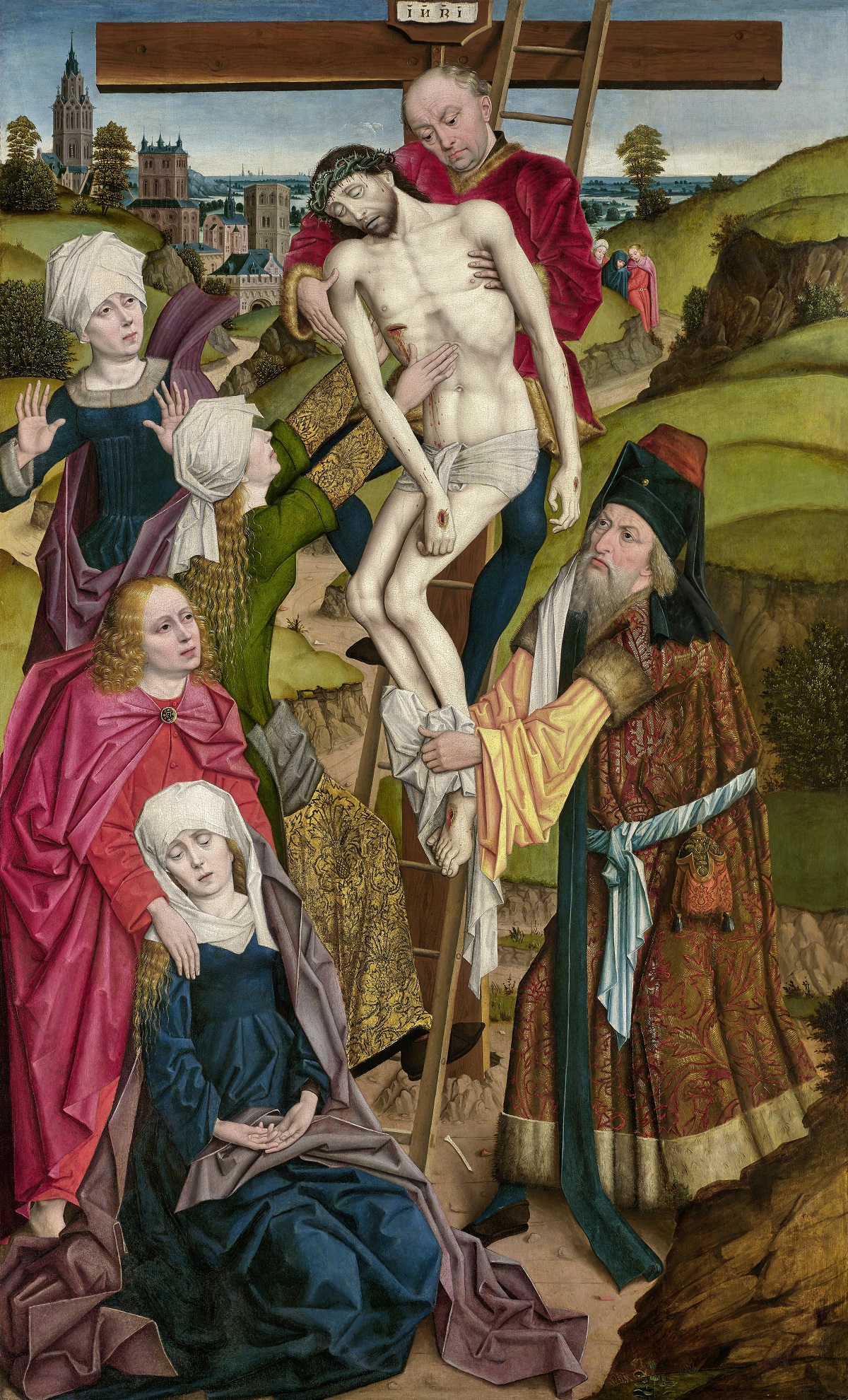 Derick Baegert, The Descent from the Cross, Dallas Museum of Art