With its current exhibition,  México 1900–1950: Diego Rivera, Frida Kahlo, José Clemente Orozco, and the Avant-Garde, the Dallas Museum of Art delves into 50 remarkable years of Mexican art, 50 years of paintings, sculptures, prints, films and murals that visually defined much of modern Mexico.

Featuring works from iconic artists like Diego Rivera and Frida Kahlo, the exhibition has attracted lines out the door and around the corner. The museum has also implemented a strategic outreach plan, welcoming first-generation Latino families to expose them to their rich cultural history.

When Ludy Salinas steps into the DMA, she sees her culture reflected on the walls. “I’m so proud and excited,” says Salinas. “It brings back a lot of memories from my mom’s stories.” 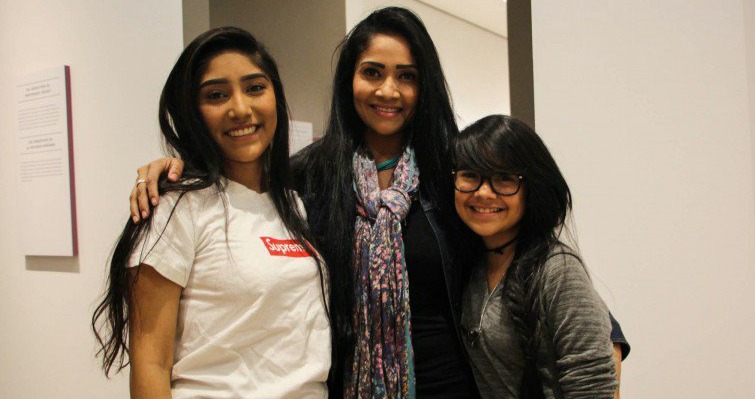 She’s a 36-year-old mother who brought her nieces and two daughters to the show, all excited to see Frida’s work. And she’s just one of thousands of people who’ve been waiting in line on the weekends — never mind the weather – to attend what is shaping up to be a blockbuster exhibition.

Usually a ticket costs $16. But the crowds are coming for a series of free Family Days on Sundays. The exhibition also welcomes families with bilingual labeling and informational pamphlets.

But the real outreach program is a new collaboration the DMA launched to attract Latino communities to the museum. They teamed up with the Latino Center for Leadership Development and created YoSoy DMA, or I am DMA.

“This is our community,” says Jose Manuel Santoyo, director of the initiative. “This is our museum. This museum is for everyone,” 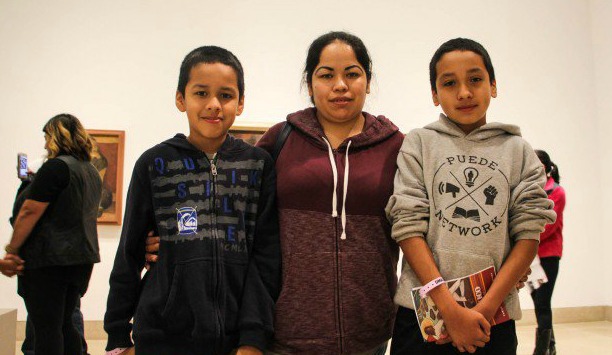 Elvia Colunga found out about this exhibit through her son’s soccer team. She can’t wait to see Frida’s work. Photo: Jessica Diaz-Hurtado

Santoyo says YoSoy DMA tried to cover every base. They reached out to Latino community leaders and businesses, from remittance money transfer businesses to Latino owned restaurants. They spread fliers all throughout North Texas. And they launched campaigns in both traditional and social media. One of the main goals was to invite new visitors.

“We wanted people to know that this is for them and their kids. And that there’s a lot of opportunities to take their kids and learn there,” says Santoyo.

So far, this strategy is working.

The crowds have been so big that the museum carefully herds them into sections to protect the art.  With the exhibit already welcoming 35,000 visitors, the museum hopes to exceed last year’s attendance of Jackson Pollack’s exhibition — which had over 67,000 visitors. YoSoyDMA thinks that this is an opportunity for families to see themselves and their stories on the DMA walls. 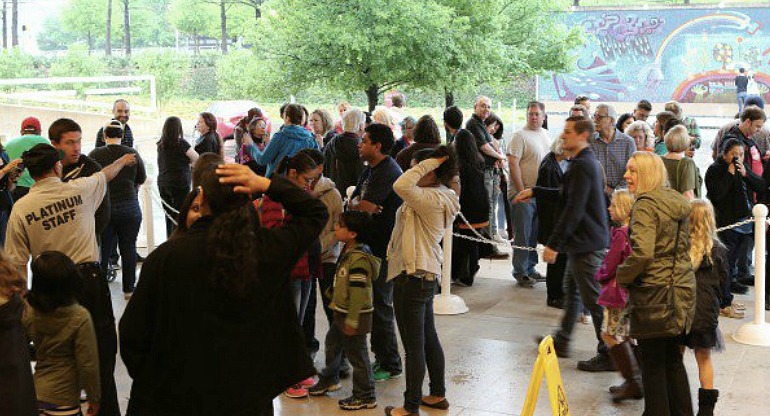 “You have to understand that Dallas has 42% of its population from Mexican or Latino origin. So we want them to come in and feel very welcomed,” says Agustín Arteaga, director of the museum.

He was appointed Director last summer, and was previously director of the Museo Nacional de Arte in Mexico City. Before he started working in Dallas, he helped develop and curate this exhibit, which premiered last fall in Paris.

He says the exhibit sends a message to Latino communities in Dallas. 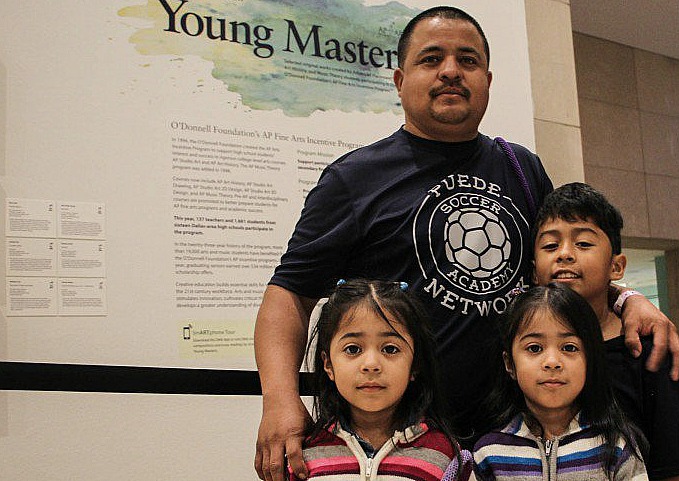 Fermin and his children wait in line to see the exhibit. His son, Obeth, says he’s looking forward to the children’s painting activities. Photo: Jessica Diaz-Hurtado

“It’s important to people to recognize that their culture has contributed to our history. That their culture made part and does make part of the advancement artistic creation in the world. It’s a way to establish dialogues and understanding about people’s past and future,” says Arteaga.

This is exactly why Ludy Salinas brought her children to the show.

“I want them to see our heritage and our culture. They were born here but I don’t want them to lose that spark from where we’re from,” says Salinas.

And her 10-year-old daughter Bella seems pretty impressed: “I’m a big fan of Frida Kahlo because she reminds me of the culture I’m in. It’s just really pretty and awesome.”