Skip Navigation
Home > ArtandSeek.net > During A Pandemic, Fort Worth Turns To Murals For Community

These days, when people do leave their homes, they may find artists have put up some big, new paintings all over town. Working artists in Fort Worth are among those turning to murals as a way to keep building community during the pandemic.

Tune into Art&Seek’s next State of the Arts virtual event. “Taking It To The Street: The Mural Movement In Fort Worth” on November 12 is free. All you need to do is register.

Juan Velazquez is figuring out Luka Doncic’s skin tone. He can simply look at a photo of the Dallas Mavericks forward and know what colors he’ll need to paint his portrait.

“That’s cappuccino,” he said, pointing. “Then, the dark part is probably hot chocolate. Just mist it on top.” 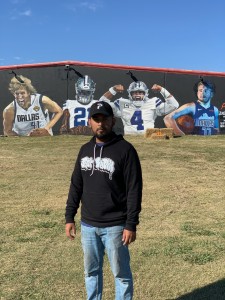 The past few weeks, Velazquez has been working on a mural of some of D-FW’s biggest sports stars. It’s going up on the wall of a Grand Prairie auto shop. He’s spent much of this year adorning North Texas with his work.

Yet, it was only recently the self-taught painter left a steady nine-to-five to pursue his art full-time.

“By then, COVID was already going on, so there wasn’t a lot of art shows that I could get into,” he said. “And it really wasn’t going well for me, just because everything was shut down and I have bills I need to pay.”

But, things changed this summer when Velazquez painted a mural to honor Vanessa Guillen. The murder in April of the 20-year-old Army specialist based in Fort Hood provoked outrage, especially from Latinos and women in the military.

“When I got the bad news, like I knew I needed to do something,” Velazquez said.

Velazquez got to work on a piece in Rosemont, a predominantly Latino neighborhood in south Fort Worth. He put out a call for help on social media. 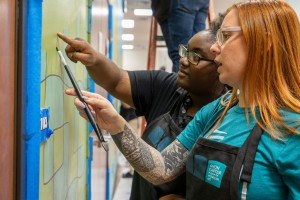 Sarah Ayala, a fellow muralist, was among the dozens of artists who answered the call. She helped coordinate what became a group effort, and she designed the mural’s floral backdrop.

“The violence against Latinx women obviously was a topic of the mural, so I wanted to incorporate a lot of that feel,” Ayala said. “Whenever I think of the flowers, I think of my father’s garden. I think of his grandmother’s garden.”

People lined up in cars to see it and pay their respects, organizing a vigil and leaving a mound of flowers and candles. It was a response you wouldn’t have gotten at a museum, Ayala said. 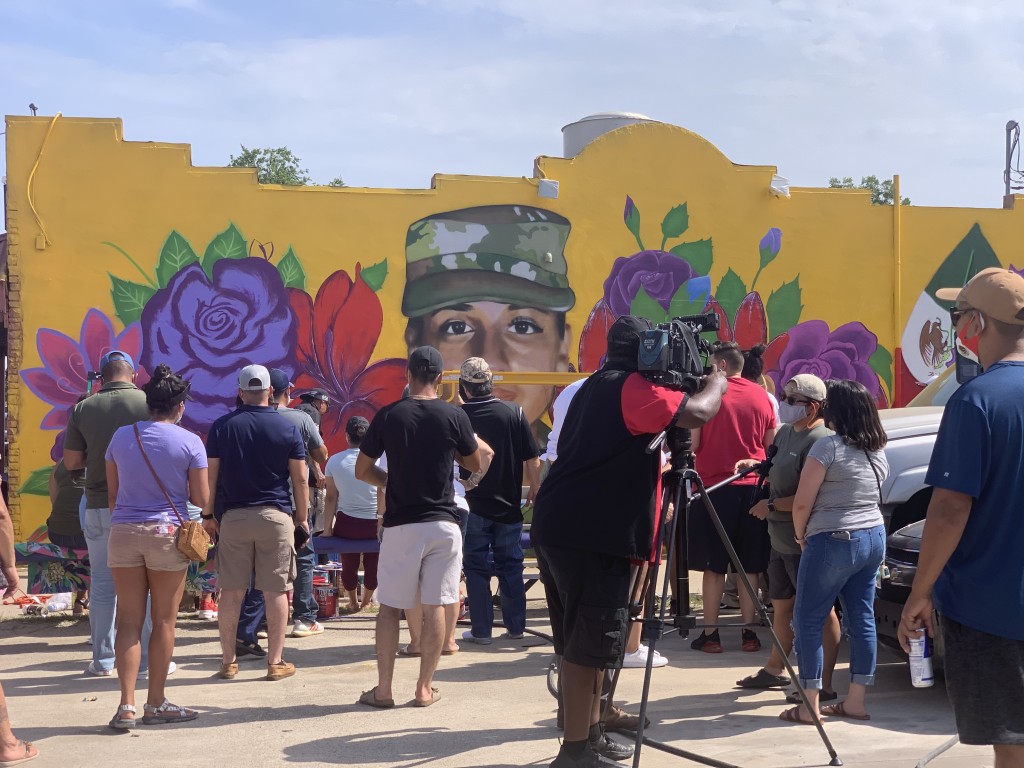 A crowd gathers as Juan Velazquez and a team of artists finish a mural of Vanessa Guillen in Fort Worth. Photo courtesy of Juan Velazquez.

For the past few years, Ayala has worked closely with the Amon Carter Museum planning art programs for kids at local community centers. This year, she’s focused more on her own work. Many of her murals feature intricate geometric patterns inspired by Buddhist mandalas.

“Those are meant to be a more meditative feeling, diving into deeper realms of consciousness,” she said.

The pandemic and the resurgence of the Black Lives Matter movement this year have made murals a favored medium for political expression — if the artists can find the spaces.

“I think it’s a matter of building owners and operators being brave enough to let artists do whatever they want on the side of a wall,” Ayala said.

In June, local artists Letitia and Sedrick Huckaby coordinated a temporary road mural, painted by hundreds of volunteers for a full block along Main Street in downtown Fort Worth. It read “End Racism Now.”

This summer, Velazquez also painted one of the few Black Lives Matter murals in the city’s Southside. But his activism is not only on the walls. It’s in the neighborhoods he selects.

“Some of my artwork is not in the very best part of town,” Velazquez said. “I want to paint in these communities where no one’s done murals.”

A lot of his work, he’s done for free — on the sides of local businesses and even homes. Velazquez sees mural-making as an investment in communities that are often overlooked and underfunded. 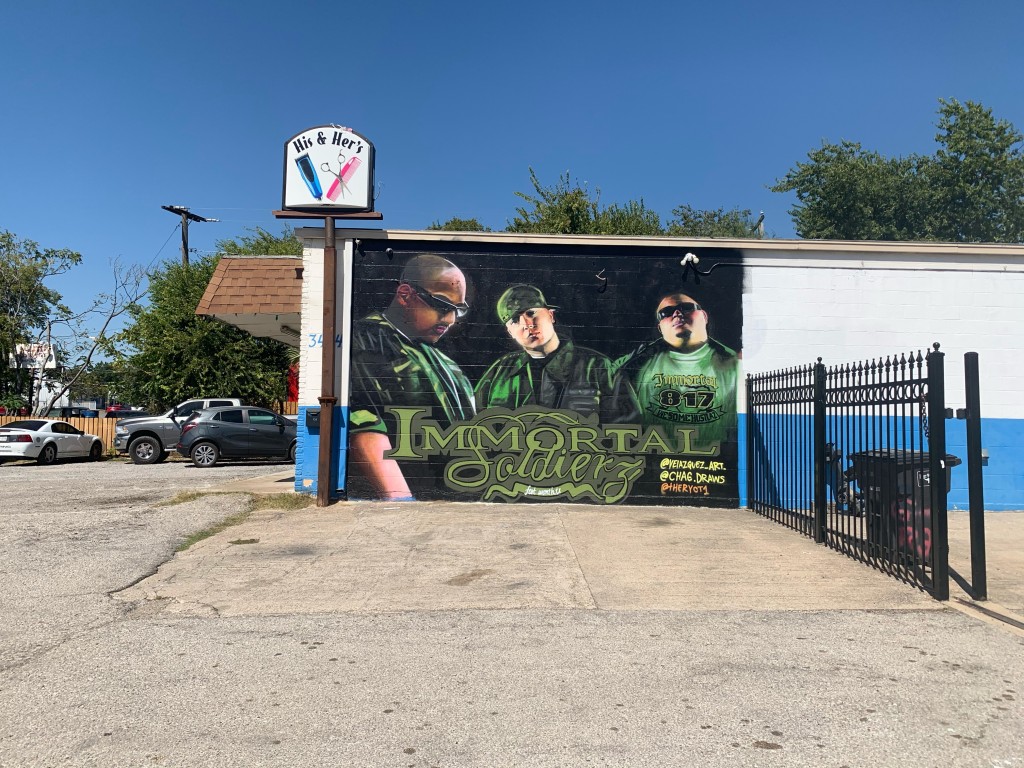 “I want to make it more beautiful,” he said. “If you don’t invest in the community or the people in the community, you’re telling them what they already know, which is, they’re not worth putting any money into it.”

But his work, painted on walls across the city, sends a different message.