R&B singer Leon Bridges burst onto the music scene in 2015 with a voice like Sam Cooke, a retro look and an old-school sound. He found that sound in a recording studio in Fort Worth. In this week’s Art&Seek Spotlight, we visit the studio and meet the music makers putting Fort Worth on the map. 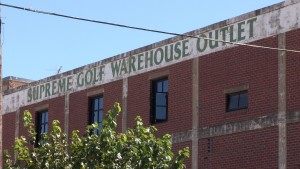 Niles City Sound is an old-fashioned recording studio located inside a 100-year-old warehouse just south of downtown Fort Worth.

The studio’s four years old, but it has a dated look; beige walls, wood paneling in the control room and tons of vintage analog music equipment.

Today, a hippie country band from Austin called The Tender Things is in the studio and their working on a new record. They’ve come to Niles City Sound because they want their album to have a particular sort of sound. They want it to sound like it was recorded in the famous Sun Studio.

Niles City’s co-founder Josh Block is working with the band, “I’m always going, so whenever you guys are comfortable,” he says looking down at The Tender Things from his second-floor control room.

Block’s an audio junkie. Prior to being a partner at Niles City Sound, he owned a trailer home that had been converted into a music studio.

“He had this awesome place outside of Austin,” says Chris Vivion. Vivion’s another co-founder of Niles City. “It was in the country and we could kind of do whatever the heck we wanted. It was a lot of fun. You never knew who was going to show up. But you’d go out there, hang out and you could get some songs recorded.

“It was really long,” Block says while laughing. “It was called a Spartan Imperial Mansion. And it was the mansion of trailers. But it was completely gutted and rebuilt. And iI had a little eight-track that I would sometimes use. But back then I was using Logic (music software).”

Because of Block’s interest in audio equipment, he’s actually collected a lot of the studio’s rare recording gear. And they have some really uncommon pieces, like The Grateful Dead’s reel to reel tape recorder and the mixing console from Bob Dylan’s “Blonde on Blonde.”

Most of the studio’s gear was made during the 1940s, with more costly materials like steel and copper. Block says that’s why they produce a richer, warmer sound than today’s digital recording.

“What we use now is nowhere near as amazing [as the equipment from the past], says Block. “If we could go back in time, hear that [music] while it was recorded to that medium and be in that sound booth while we were listening to playback – its better. It’s better.”

Vivion and Block started Niles City with friend and fellow musician Austin Jenkins. Jenkins and Block know one another from spending years together touring the country and performing in the Austin rock band White Denim. Vivion was their tour manager. But when the trio decided to move on and quit working with the group, they decided to move to North Texas.

The move was a sort of homecoming for all three. Vivion had lived in the region during college when he attended the University of North Texas in Denton. But Jenkins and Block grew up here. Jenkins was born and raised in Weatherford, which he says wasn’t the most musical of places, and Block’s from Waxahachie.

Once they got settled, the fellas started talking about starting a music studio. But not a traditional one…

“We basically had this idea – that I still could be cool (laughs) – where people come in and play their tunes but sort of force them to play them to an old-school tape machine and not in any kind of way that they’re used to,”  says Jenkins.

“Yea,” says Block. “We wanted to do like a live-to-radio studio. But as you’re putting something like that together it’s really possible that you’d get sidetracked with something else. Being a production studio’s what we got sidetracked with… luckily.”

They were very lucky. Their radio studio wasn’t working, but they had this vision of recording musicians live-to-tape and that was something…

“While we were putting that together we met Leon,” says Jenkins. And so we decided we should just do a record for him. And he was gonna let us do it that type of way because that was something we were really excited about. Not only because of the sonic aspects, but we were looking for a project that fit into that zone.”

Yea, that Leon – Leon Bridges. The results were better than they’d imagined. The album “Coming Home” was nominated for a Grammy. The studio ended up with a gold record. 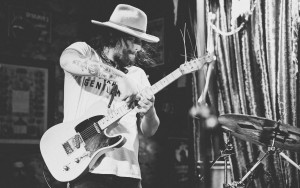 But Bridges is hardly their only client. Jason Burt’s half of the popular Dallas duo Medicine Man Revival. He says that what the guys from Niles City Sound did for Bridges is very impressive and should be praised more often. Burt says working with them is like a dream and that he really admires Jenkins approach.

“You know, we came into his studio, his house, and he let us make the coffee every once in a while. You know, it was cool. It was really sweet actually,” says Burt.

Fort Worth singer-songwriter Grady Spencer feels similarly about working with Niles City. He made a single at the studio, then an album.

“They have really great ideas about how to make a song sound the best that it can,” he says. They were really encouraging and really relaxed. It was a really fun time recording with those guys.”

Now, the group says, they want to do the same for other artists in the region.

“We’ve really learned how important it is to build and nurture relationships with local artists,” says Block.

“There’s stories to be told in Dallas, and in Denton as well, and if we can just put a spotlight on this area it’s such a great thing for everybody,” says Jenkins.

Earlier this month, the outfit announced a partnership with the folks at Visit Fort Worth. Vivion says it’s part of the new mission. 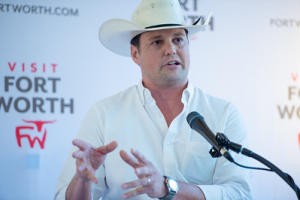 “One of the things we’ve identified as a problem being outside of a music hub,” Vivion explains, “is that when you’re an artist and you’re coming from a place like Fort Worth, it’s tough. You’ve got bills and your time is invested in a lot of places. So you quickly learn that it’s easier to move. But we want to stay here. We want to be here. There’s so much talent and creativity and that we want to export. This can be a music center too.”

They guys’ll be working with Visit Fort Worth to conduct a contest. The winner will get to produce a song at Niles City Sound. And who know? Maybe they’ll even find the next Leon Bridges.