Skip Navigation
Home > ArtandSeek.net > ‘Excellence That We Recognize’: What The NEH Funds In Texas

The Chairman of the National Endowment for the Humanties, Jon Parrish Peede, has been touring North Texas this week. For our State of the Arts conversation, KERA’s Jerome Weeks asked him how the NEH influences, funds, even inspires university and museum programs in our region.

JPPOften if I’m in an elevator I’ll say Ken Burns – you watch his work, you know his work? The humanities are that: the telling of history. This means literature, philosophy, history, government, political science, and any number of fields. And what we’re essentially committed to is human inquiry. So, from Homer to the Civil Rights Movement to what’s happening today in the nation.

During your visit here for three days, representatives from our major art museums and university programs have been meeting with you. I realize, hey, you represent grant money. But how much sway or influence does the NEH actually have?

JPPWell, couple of things. So, we give out a significant amount of money, about a $127 million a year. So that’s meaningful in and of itself, but certainly it’s only catalytic. What that means is we want – when we invest federal dollars – we want the local communities to say, “This is excellence we recognize.” Here in Texas over the last decade, we’ve awarded $35 million in grants. By the way,  that’s three-hundred-and-something grants. And I’m happy to say about $16 million is to Humanities Texas, and that’s our state affiliate. Your legislature here has also agreed to fund them, which I think is quite wonderful. And, really, when you have a strong, robust state humanities organization, what you’re saying is, as citizens and community leaders, We value knowing about our own history. That we believe you can’t tell the America’s story without telling the story of Texas. 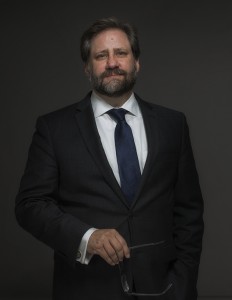 While you’ve been here, you gave a speech at Texas Christian University, and in that speech you said, ‘For those of you in universities, you must make every effort to have an impact beyond the academy and into our larger communities among our fellow Americans.” Basically, to get out of the ivory tower. Can you cite instances of NEH funding such efforts?”

JPPSure. So at TCU, for example, the NEH gave $200,000 for a project called “Brown and Black,” and it was about the Civil Rights Movement here in Texas. And that consisted of several hundred oral history interviews with people that would be notable in the state, but also a number of people that were not well known. And that’s an example of the university going out to the community.

But also, we have a number of organizations that we’ve funded. For example, the Dallas County Historical Foundation we funded, and again that was for oral history, also digital activities. And the Dallas Institute of Humanities and Culture had a $10,000 grant from us to have an educational forum. Another example of the way the NEH funds local institutions – again getting us beyond the walls of the university – is  the Sixth Floor of Museum.

I think a community that has a versatile economy, by its very definition, has strong historical museums, historical centers, libraries, places where we can meet, can convene, and discuss the humanities and the issues that matter to us.

Speaking of convening together, you also said that “humanities are not a luxury, are not frivolous, are not divisive. Rather, humanities are what bind us together in our common journey.” It made me wonder, Hmmm. Has this guy ever been in a departmental meeting arguing the relative merits of Philip Roth versus Zadie Smith?

JPP[Laughing.] I recognize in giving this speech that saying the humanities are what bind us together may seem simplistic. I think what the humanities do is bind us together by saying ‘This is what matters.” This is who we are, to use Lincoln’s terms, when we turn to “the better angels” in us all. And I believe the humanities have a capacity to do that that engineering doesn’t have. The life sciences can tell you about how the world operates, and the humanities can you tell about why we live these lives at all.

“I think what the humanities do is bind us together by saying ‘This is what matters.’”

You spoke of cultural amnesia. I often think of it as a kind of Alzheimer’s. As a person loses his memory, he actually loses his sense of self, of who he was. If he’s forgotten that giant trauma, that he fought in a war, he ceases to be the same person. The same thing is true, of nations, of cultures, if they no longer remember that giant, history-defining trauma – the Great Depression, the Holocaust – it changes the nature of who we are.

JPPAbsolutely it does. I think of something Thomas Jefferson said, and he was a very flawed vessel to deliver this point overall, but we’re all flawed vessels in different ways. And Jefferson said, “A nation that expects to be ignorant and free in a state of civilization expects what never was and will never be.” It’s this idea that you can’t say, ‘I’m not going to [learn] anything about our governmental system” – and then expect to speak intelligently when it fails.

So the Humanities Endowment, as an organization, we’re trying to make sure we touch on these moments. And I’ll say this, as the federal government looks to how we’ll recognize – in the year 2026 – the 250th anniversary of the founding of this nation, the endowment is really taking a leading role in saying ‘Let’s talk about that history.’ By the way, let’s make sure we include everyone. When I talk about American history, it’s a very inclusive idea of what America is.

You’ve been the head of the NEH for 18 months now. So, I have to ask, what has it been like running the agency under President Trump, who appointed you and who has twice tried to zero out the agency in his budgets.

JPPI was appointed by the Bush Administration in the National Endowment for the Arts. The Obama administration asked me to stay for two years through the transition, and President Trump asked me back to the humanities.

So, yes, the President has made that budget recommendation, and I’m the person who officially submits that to Congress. And then Congress looked at it, and when the House and the Senate were both Republican [majorities], they actually said, “We want to keep the agency.” And increase the budget. Now, we have the House under the Democrats and the the Senate under the Republicans, and they actually said “We want to raise the budget.’

So my responsibility is, once the President signs it into law, to make sure I’m being a good steward of those tax dollars. And one thing I can say about my interactions with the White House, which are frequent, is that no one is speaking in a negative way about the arts, about the humanities, about culture. There may be individuals who might not see it as a funding priority, but that’s not the same, for example, as the “culture wars” or these kinds of things.

So, I have actually found it quite comfortable to go across the country as I do, and talk about the value of humanities. And I don’t, of course, advocate for budget or any piece of legislation, which I’m not allowed to do, by law.

But I am unapologetically excited about the humanities and the arts, and I think the message I would drive home to applicants and everyday citizens, is that this agency is enthusiastic. It’s not sitting back, kind of waiting for some kind of final decision. But, rather, we’re going across the country, we’re investing in communities with great enthusiasm.