A new exhibition at Fort Worth Contemporary Arts raises questions about how black artists explore identity and how their work is received in the art world. It features installations, video and drawings from three artists: Amir George and Anansi Knowbody, both based in Chicago, and Erika Defreitas, of  Toronto.  In this week’s State of the Arts conversation, I sat down with artist and curator Christopher Blay to discuss the show, called “Black Borders: Artists of Color, Reframing Culture.” You can click above to listen to our chat, which aired on KERA FM. Or read the excerpts, below. 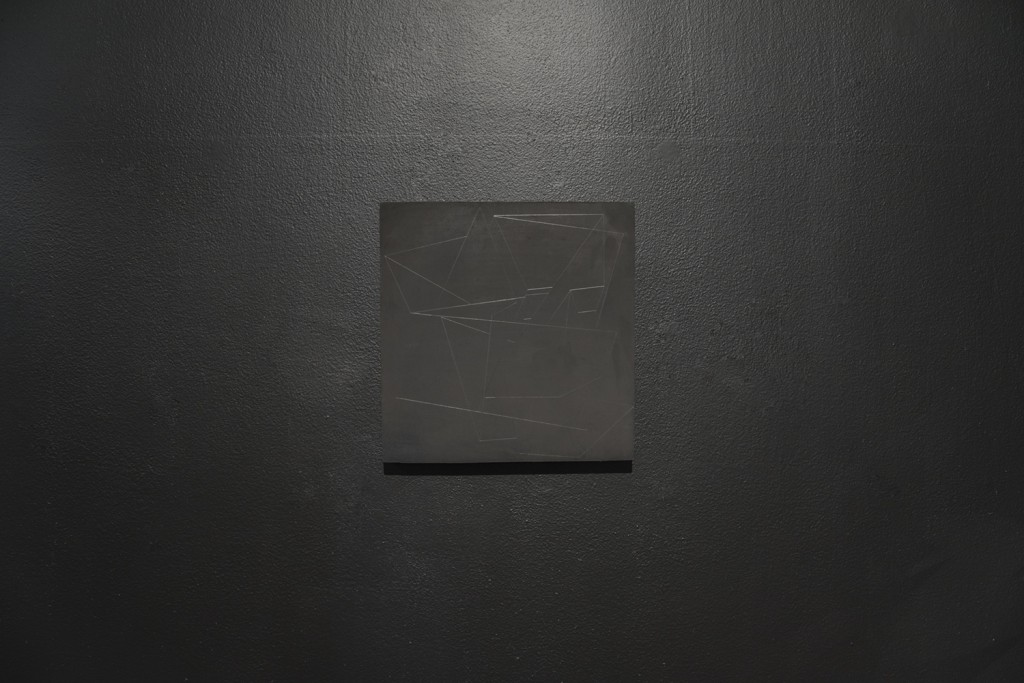 Imaginings From the Negative Space, by Anansi Knowbody

So for the exhibition, you wrote that black artists often see their work labeled as either  too black, meaning too insular,  or not black enough, somehow ignoring existing social or political conditions.

Black Borders: Artists of Color, Reframing Culture is on view until May at Fort Worth Contemporary Arts

Yeah , it’s like a false binary argument. It suggests it has to be one or the other. I have a problem with that. So the prism throug h which the work of African American artists is usually viewed is that the work is a culturally specific gesture, something that is only meant for one audience.

The exhibition hopes to refute that idea. Because when you consider the spectrum of what’s created by artists of color,  it’s hard to make an argument against their work being diverse. And I wanted to reinforce that in this exhibition. 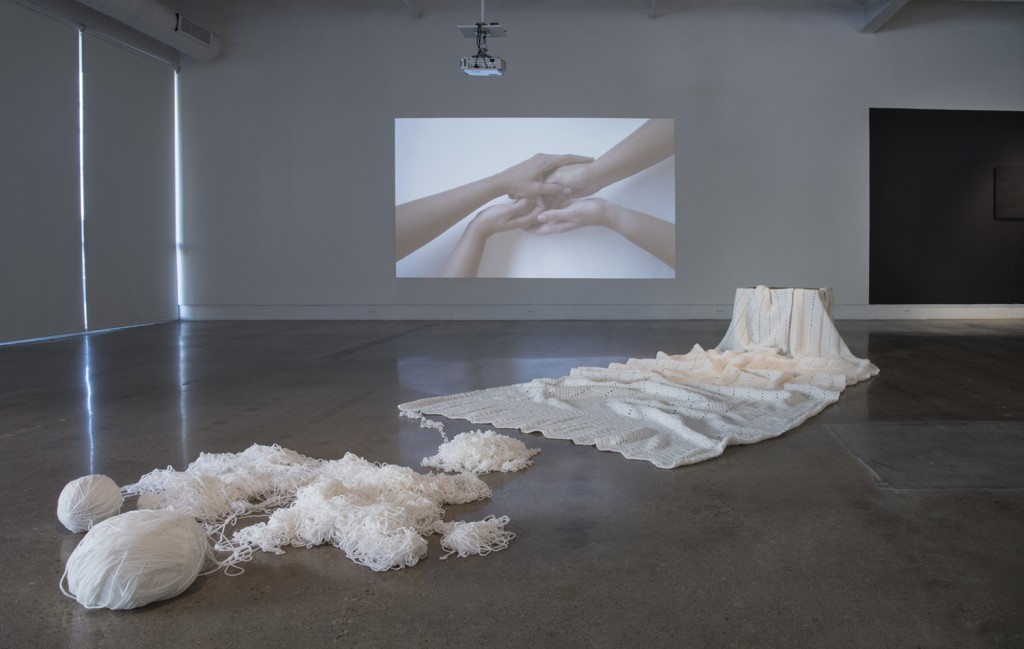 “an earnest weight in the crease” (video) and “Sometimes the Metonymic Object is an Absence” by Erika Defreitas.

And they do that in sometimes very subtle ways. I thought that Erica D piece seemed very quiet, very personal. This huge crocheted afghan. And she documents all of the time she spent making it. She has a beautiful video installation of a pair of hands tenderly grasping for each other and reassuring each other. It’s really quiet work.

I absolutely agree. And those hands are hers and her mothers. And that sort of personal connection, that intimacy conveyed in the video, is something that resonates both as a cultural aspect and as this universal art language of representing the thing that creates the object. 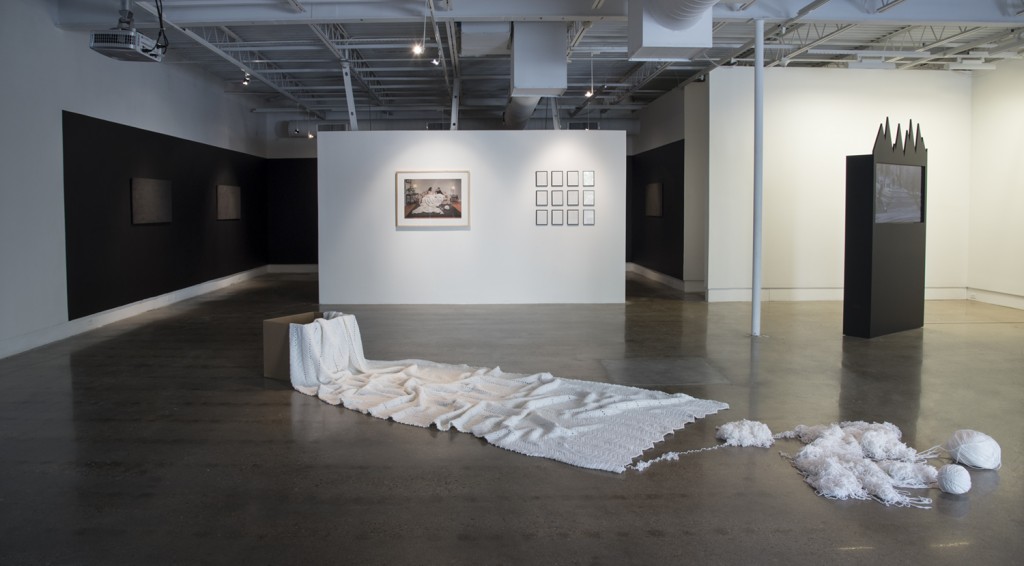 Tell me about the title “Black Borders.” Where did that come from?

It comes from when photographers use enlargers to make images, they sometimes file around the edges of the negative carrier, so it reveals the entire border. So you’re aware of where the border is when you’re printing the photograph.

It’s also a way of suggesting that the image was composed in the camera versus being manipulated later.

And that idea stuck with me as a way of acknowledging artists that are very aware of where  these lines are when creating their work, whether they push toward content that directly references what’s happening in the world, or whether they move within that border and create things are more internal.

Are the artists directly trying to address what it means to be black? Or do they find that question limiting?

I haven’t posed that question to them. But I think it’s hard to be black in North America and not be aware of your blackness. That’s one of the reasons I selected these artists. They are very aware of what’s happening around them.  And they choose to make things that embrace that blackness and that

and makes their work a reflection of their identity. But the reason I chose them is because they do that in novel ways, and they do that in ways that both embrace what’s happening around them and at the same time, embrace their connection to the history of contemporary art 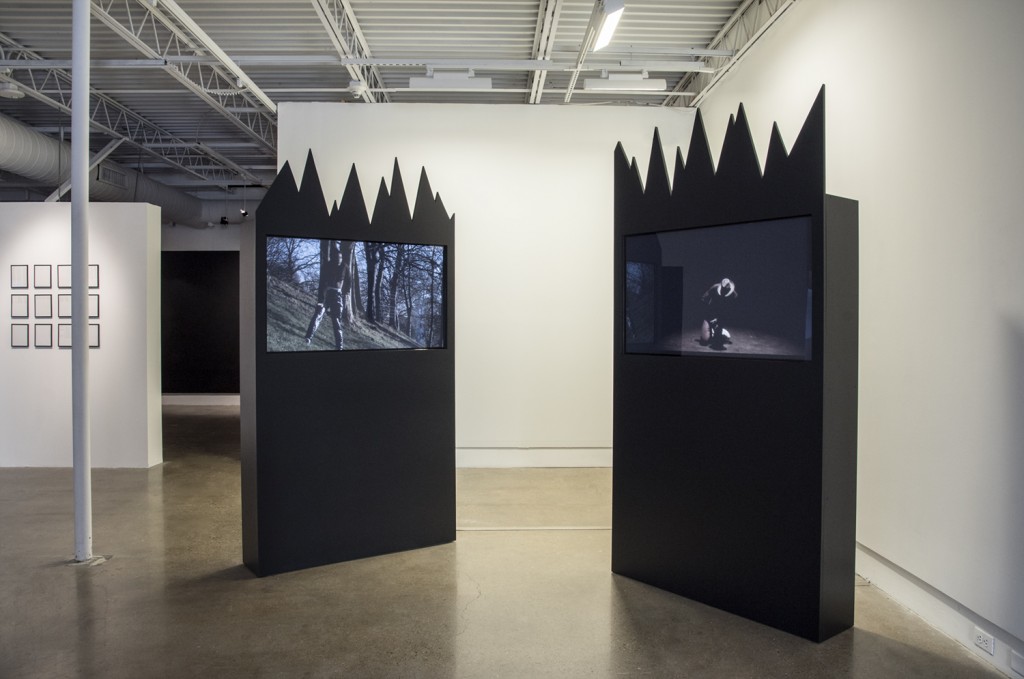 “A Monument to Infinite Motion,” by Amir George

The show’s at Fort Worth Contemporary Arts, and that’s a part of TCU. So it’s a teaching gallery. What is it you hope art students will learn when they are exploring this work.

If I could use three words, I’d say “less is more.” I like the ideas that the artists are presenting. And I think the subtleness of their gesture creates this really strong idea that you can choose your own path in the work.

But the other thing is, to embrace who they are and have a personal connection to what they are doing.