The cover story of the February issue of the magazine, “National Geographic,” is devoted to the story of the Clotilda, the last recorded ‘slave ship’ to come to America. The United States and Great Britain banned the transatlantic slave trade in 1808 (but obviously, we didn’t abolish slavery itself until 1865). So in 1860, as the result of a bet by a wealthy slaveowner who argued with Northern businessmen about the federal ban on importing slaves, the schooner, the Clotilda, brought in 108 kidnapped Africans illegally. The ship arrived in Mississippi and was towed upriver into Alabama. There, the captives were offloaded and the ship burned to cover up the crime, which carried the death penalty. 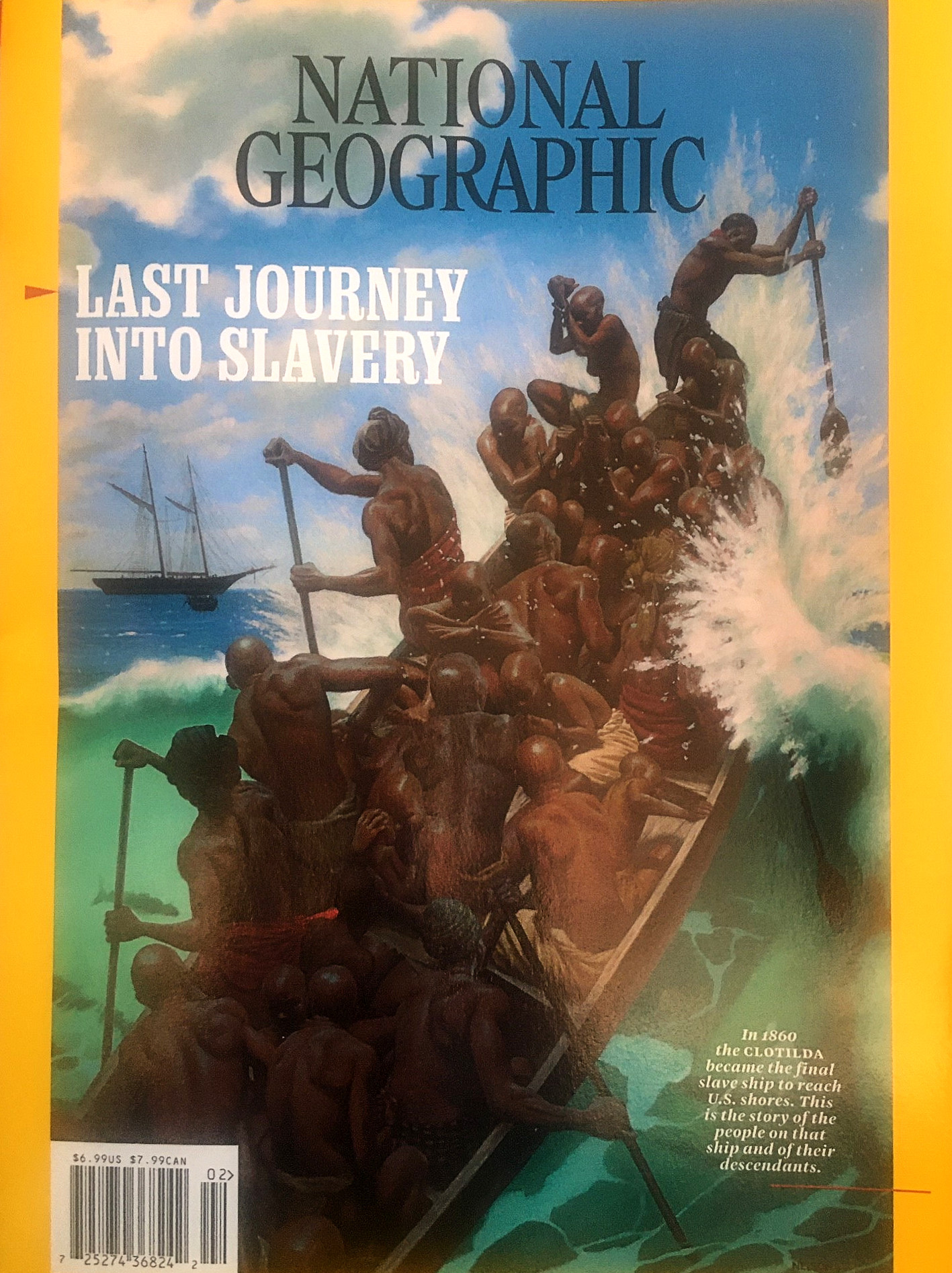 In May 2019, the sunken remains of the Clotilda were found by archaeologists near Mobile, Alabama — one of fewer than 10 slave ships anywhere to be located, even though an estimated 32,000 voyages through the “Middle Passage” were recorded between 1500 and 1866. The wreck’s discovery is the subject of a new National Geographic Channel documentary, “Drain America’s Last Slave Ship.” What also makes this story fascinating is that many of the surviving Africans eventually settled nearby and formed Africatown, where their descendants still live. And sadly, where they’re still fighting to live — this time, against a history of industrial pollution that allegedly has shortened their lifespans.

For the print (and online) version of the story, “National Geographic” put together a package of four articles by three authors, a map and a gallery of photo portraits of current descendants, accompanied by four paintings on wood of their ancestors — paintings by Fort Worth’s own Sedrick Huckaby. Huckaby was featured in 2016 in our series of “Artist Profiles.”

One quibble about the entire project: Neither the cable TV documentary nor the magazine ever mentions that the history of Africatown –especially the story of Cudjo Lewis, one of the ancestors painted by Huckaby — was the subject of Zora Neale Hurston’s posthumously published nonfiction book, “Barracoon: The Story of the ‘Last Black Cargo.’”