Skip Navigation
Home > ArtandSeek.net > Frida’s Back At The DMA

In 2017,  with the exhibition, Mexico: 1900-1950, the Dallas Museum of Art presented a blockbuster survey of artworks from major, avant-garde Mexican artists. Frido Kahlo’s paintings helped put the exhibition among the top 10 audience favorites in DMA history. Now Kahlo is back – but in a much smaller exhibition. There’s a single sketch. One mystical painting of the sun. Two still-lifes. And a small, split portrait of Kahlo and her husband Diego Rivera.

Frida Kahlo: Five Works at the Dallas Museum of Art, Feb. 28 – June 20, along with Devoted: Art and Spirituality in Mexico and New Mexico, featuring works from the DMA’s Latin American collection. Both exhibitions have free admission.

Only five artworks. Still, the show has free admission. And Frida Kahlo has been a huge audience draw since at least the 2002 Oscar-nominated biography of her, starring Salma Hayek.

“Fridamania,” as it’s called, is world-wide. There’s Frida the feminist warrior, Frida the traumatized artist, Frida the free-loving bisexual. Frida the radical socialist. Frida the source of Latinx pride. She’s joined the ranks of Vincent van Gogh and Georgia O’Keefe — unconventional artists who’ve become mainstream, pop-culture icons, even commercial brands. There’s a Frida Kahlo tequila, a ‘Frida Barbie’ and a line of Frida furniture. There have even been disputes over who owns the rights to her public image., while some critics feel her cult has sunk into kitsch. 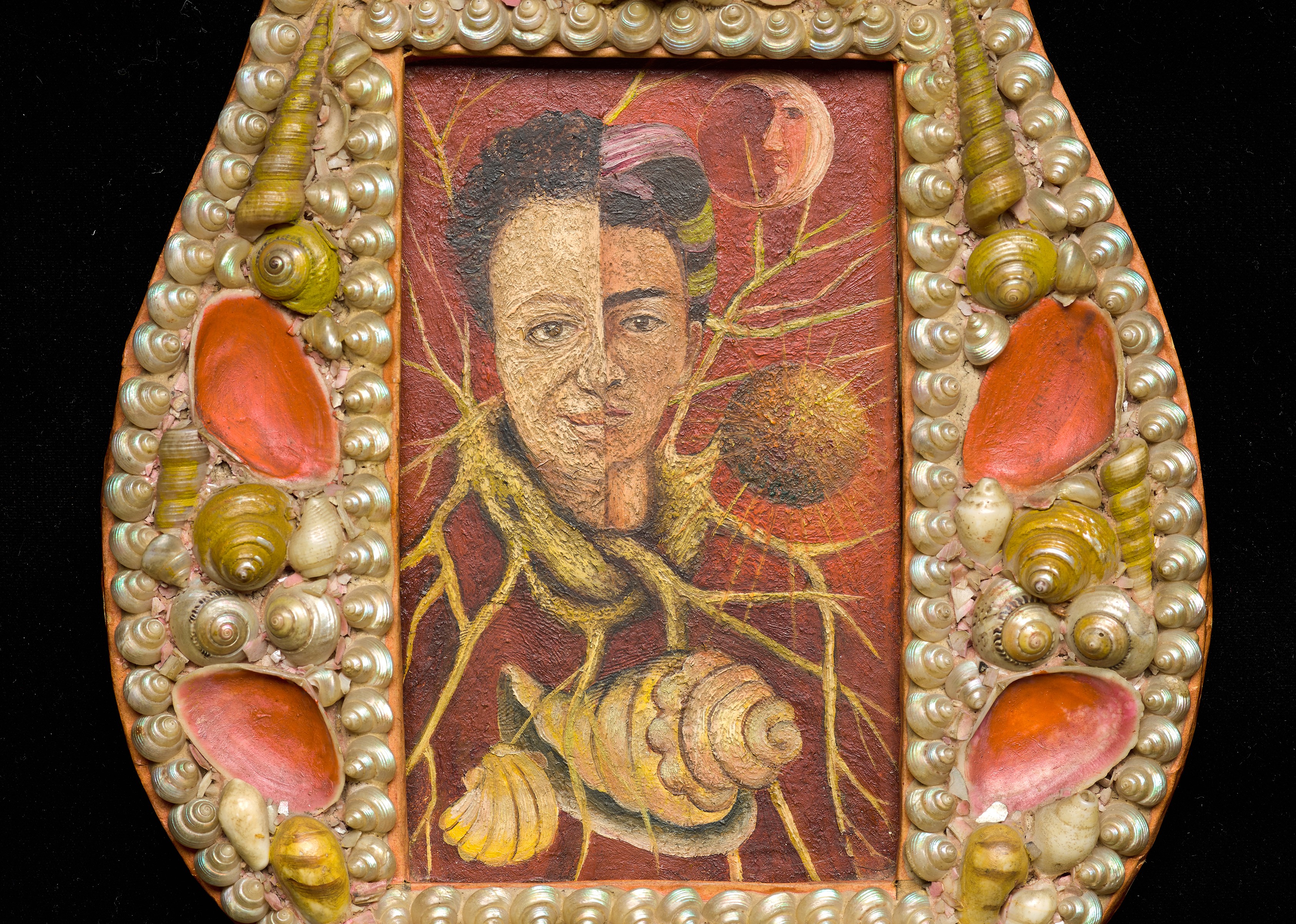 But Mark Castro, the curator of the new show at the DMA, said it’s precisely the modesty and variety of this show that allow viewers to consider these works with fresh eyes.

“The five works do highlight different aspects of her artistic practice,” Castro said.  “And that is a topic that people are increasingly interested in as we move past the fabulous stories of her life that really capture so much of our attention to think about Kahlo more as a working artist.”

In fact, the DMA has been able to examine three of the paintings with imaging techniques including infrared photography. And the results of this research are included in the exhibition.