Georgia Gough knew she wanted to teach – when she was in the third grade in Oklahoma. She and her husband Ray Gough (rhymes with “cough”) would go on to create UNT’s ceramic arts and interior design programs and expand Denton’s arts scene.

Today is Gough’s 100th birthday. Last week, Gough — known as Billie to her friends — was happy to talk from Denton’s Good Samaritan Village, where she moved five years ago. Before that, she spent much of her life teaching art, creating it, working with local, national and even world craft organizations.

“I started teaching in a small-town, two-room schoolhouse with outhouses and a coal stove,” Gough said. “And I taught there almost a year. “ 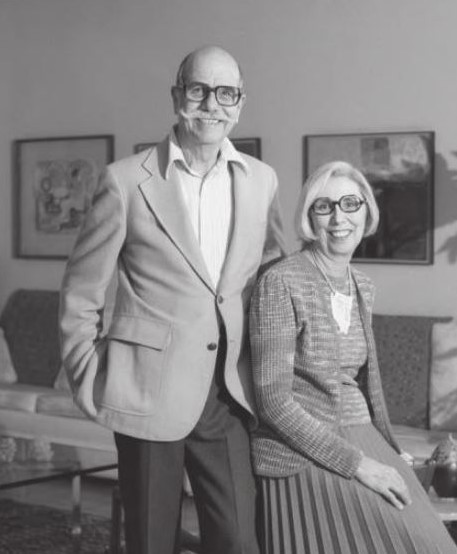 Ray and Georgia Gough from the book “Legendary Locals of Denton” by Dr. Georgia Caraway. Photo: Monte B Photography

Gough earned her bachelor’s degree at Central State College in Oklahoma and then taught in Oklahoma City and Denison while working on her master’s in arts at UNT. In 1947, Cora Stafford, the formidable director of the art department in Denton, hired Gough – when there were only five other faculty members in the entire department in what was then the North Texas State College.

Stafford eventually changed Gough’s life and career by having her teaching ceramics — she had to go back to school to learn the craft. For her ceramics classes at UNT, Gough and her students had to carry their clay pieces to be fired in a kiln in an old powerhouse across campus — blocks away from their studio.

Last year, UNT opened its College of Visual Arts and Design Building. Inside the $70 million, high-tech facility is the Ray and Georgia Gough Design Research Space.

Georgia taught at UNT until she retired in 1975 – and married Ray, who had created UNT’s interior design program. Retirement did not end their involvement in the arts. UNT is home to the Goughs’ extensive art collection as well as Ray’s collection of color slides taken on the pair’s many trips through Europe, Asia and the Middle East.

Ray Gough had trained under the famous architect Mies van der Rohe. And Ray designed the couple’s Denton home under his influence. 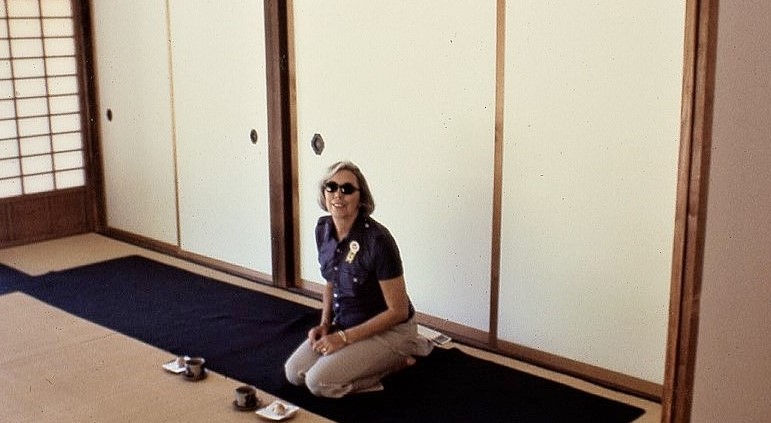 Georgia Gough in Japan – on one of the many international trips she took with her husband Ray. Photo: Cynthia Mohr

The modernist-style house became something of a favorite gathering place for arts faculty and, eventually, Denton artists in general. George recalls their holiday parties drawing as many as 100 people.

“I didn’t have a studio when I retired,” she said. Originally, Ray thought she could use a single room in the house.

“And then I got a big studio in the backyard.”

In her retirement, Gough said, she did much more of her own work — including pieces that combined metalwork with ceramics. She made tiny artworks  she called “table jewels.” 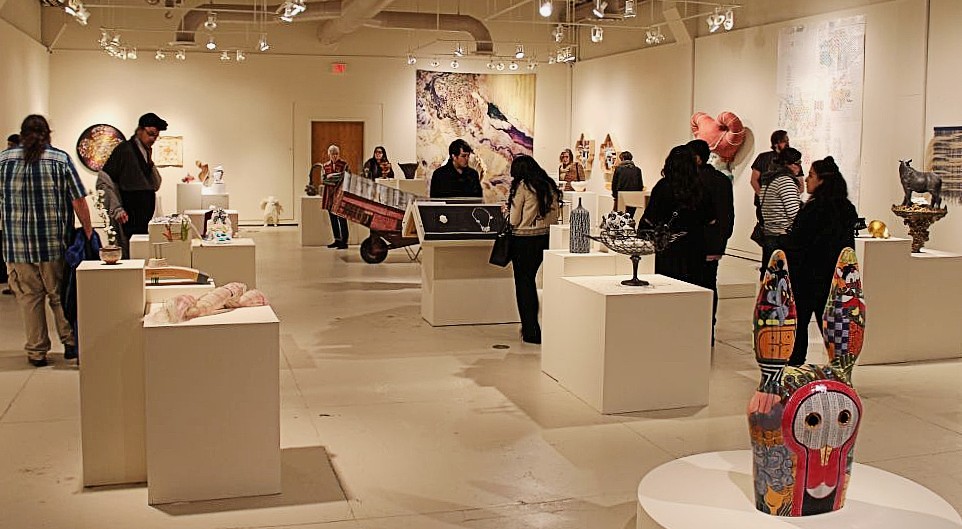 In 1985, Gough created a 12-foot by 32-foot tapestry, which suggested a Texas sunset, for the Greater Denton Arts Council’s home, the Patterson-Appleton Arts Center, the city’s former steam power plant.  And in 1987, Gough – with the GDAC– established Materials Hard and Soft. The annual event has become one of America’s leading, juried arts and crafts shows. The 34th Materials Hard and Soft is scheduled for February.

When asked if, from the perspective of her 100 years, Gough had any wisdom for the next generation of teachers and young artists, she said, simply — with a chuckle,  “No.”

But then she added, “Find what you like to do and do it as well as you can.  If you had asked me what was my secret of a long life, I would have said, ‘Choose your parents carefully.’”