This weekend, the youth acting troupe, the Junior Players, hosts a panel discussion about what equity in the arts means for young people — how they can be catalysts for change.

Recently, Junior Players brought Christopher Jackson, – star of Broadway’s “Hamilton” – to town. He told me he believes that early exposure to the arts can expand young Dallasites’ possibilities.

As a kid, taking to the stage was the easiest way for Christopher Jackson to be seen.

“I grew up with middle-child syndrome,” says Jackson. “So I think acting was pretty much my only way to garner any kind of attention in the house.”

Jackson grew up in Cairo, Illinois – a small town in the state’s southern tip. He was introduced to performing at church.

“The church was pretty much the center of my social world, of my extracurricular world. We did plays and performances and I’d sing with the choir and do solos and things like that,” Jackson says. 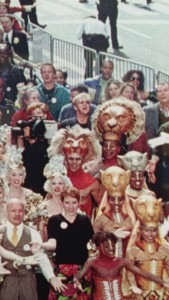 Jackson and cast in “The Lion King.” Photo: twitter.com/ChrisisSingin

During childhood Jackson was a ham. Acting gave him a place to expend energy. But it also built up his confidence and ambition. It made him fearless.

“But beyond that,” explains Jackson. “I always tend to focus [on] what I have been able to do, because arts have given me an entree  into the world, because it’s opened up my perspective.”

Jackson’s accomplishments are pretty much unbelievable. 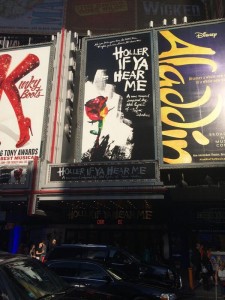 Signs for “Holler If You Hear Me” in New York City. Photo: Jackson and cast in “The Lion King.” Photo: twitter.com/ChrisisSingin

Since graduating from the American Musical and Dramatic Academy, the 41 year-old, six-foot, two-inch performer has starred in some of Broadway’s biggest hits including “The Lion King,” the Tupac musical “Holler If Ya Hear Me” and “In the Heights.”

But it was his role portraying the venerated Virginian veteran George Washington in the hit musical “Hamilton” that got him nominated for a Tony and helped him become known to more people than typical Broadway fans.

“My career here has come along at a time – in sort of the history of musicals – where things were opening up,” Jackson says.  “Audiences were willing to come and experience something that they wouldn’t necessarily have experienced [before].”

Jackson says he’s lucky. He says there was no way to predict that these shows would’ve become the behemoths that they are.

But luck doesn’t explain the Emmy or Grammy Award that he received for writing and composing music for “Sesame Street.” Here’s Jackson providing the voice for the Justin Bieber Muppet in the song “Measure, Yeah, Measure.”

“Being able to write for ‘Sesame Street’ is just about the purest form of writing that you can do,” Jackson says. “Sesame never talks down to kids. It meets them exactly where they are. They are the mirror to our best selves as adults.”

That sentiment, ‘kids mirroring our best selves’ is exactly why Jackson visited North Texas. He came to support the oldest children’s theater in Dallas – the Junior Players – which he says provides an invaluable service.

Jackson believes that arts education has intrinsic value to kids. It teaches kids to question norms and helps make them people  who search for justice. 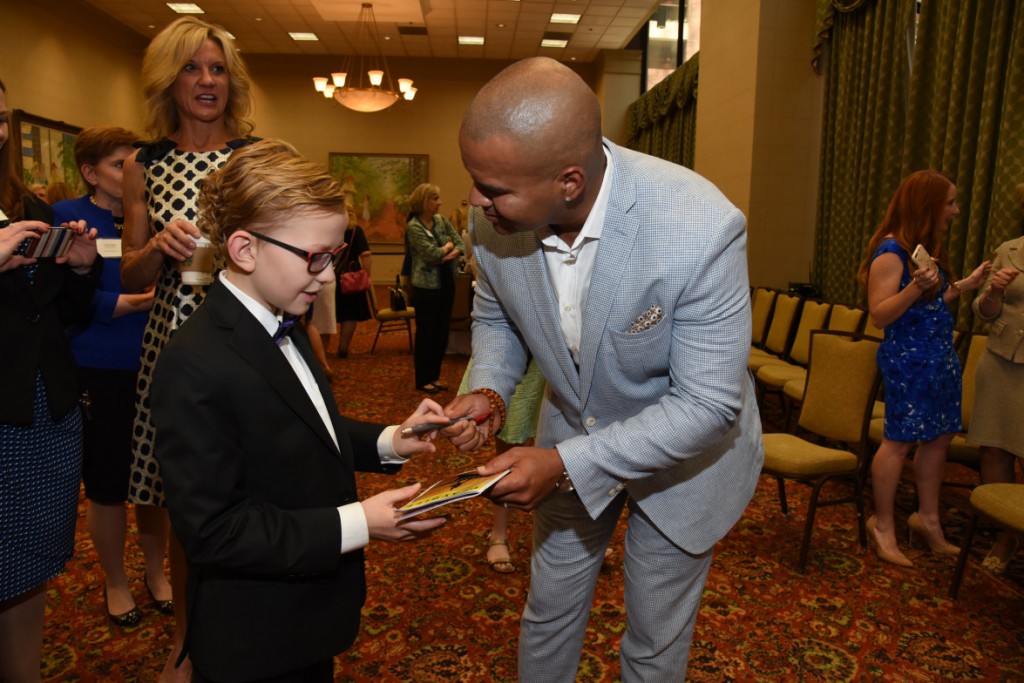 “Who better to pursue that than kids? They have the distinct perspective of seeing the world as it should be and  as it is. So who better to hold up that mirror?” asks Jackson.

Jackson knows that a career in entertainment isn’t for everyone. But the arts made him intellectually curious and opened him up. He says that can’t be bad for anyone. 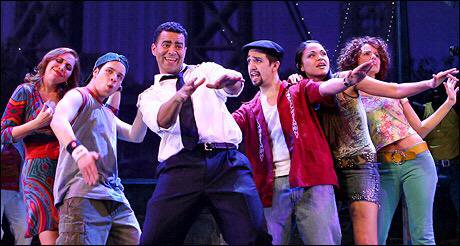 Christopher Jackson starring in “In the Heights.” Photo: twitter.com/ChrisisSingin

The experience could bring about a Broadway star… or at least a valuable member of society.

Want to hear more from Christopher Jackson? Check out his conversation with NPR’s Gene Demby on the podcast Code Switch.