Typically, the arts in North Texas cool off a bit during the summer – for some reason, everyone seems to abandon the place. But KERA’s Art & Seek team says this July is a bit different. In State of the Arts, Anne Bothwell talks with Jerome Weeks about why. You can click above to listen to their conversation that aired on KERA FM. They talk about two blockbuster art exhibitions, “Monet: The Later Years” at the Kimbell Art Museum and “Dior” at the Dallas Museum of Art – along with the fact that North Texas currently has two Caravaggio masterpieces on display. They also suggest ways to celebrate two big milestones: The 50th anniversary of the moon landing and the 100th birthday of choreographer Merce Cunningham. 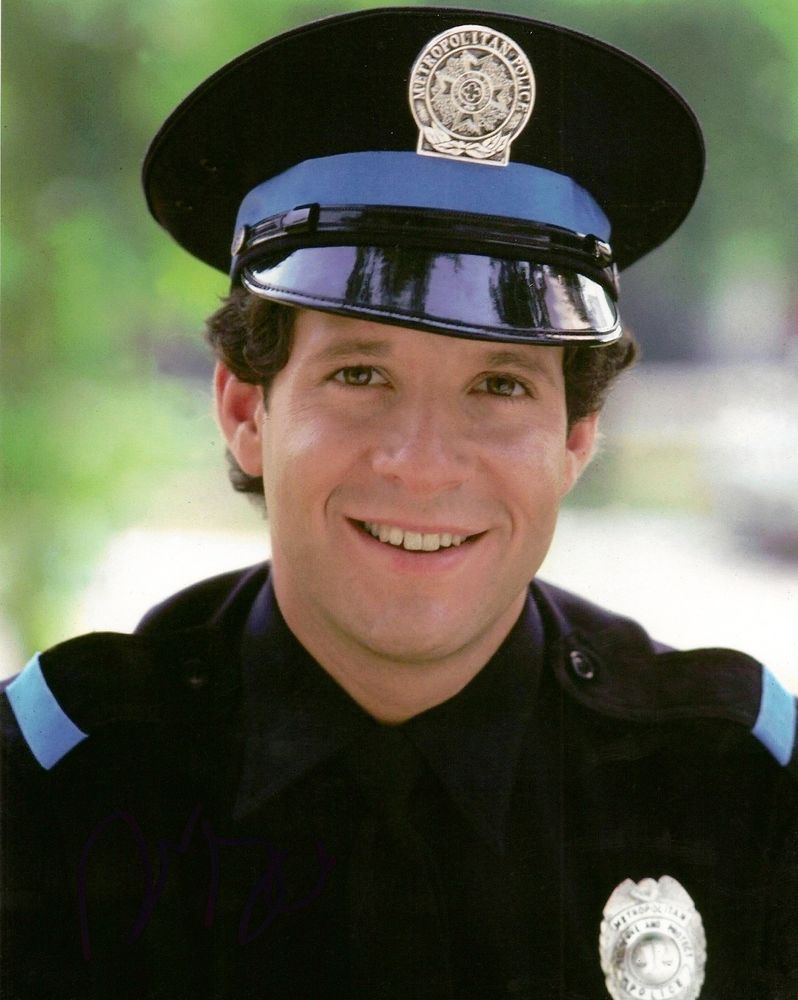 NOT this Guttenberg, the other one.

And, for a bit of silliness, they discuss “Gutenberg! The Musical!” at Amphibian Stage Productions. Jerome was surprised to learn it does not follow the career of “Police Academy” star Steve Guttenberg but is, instead, a pitch for a possible Broadway show about Johannes Gutenberg. It’s a pitch cheerfully and incompetently performed by three people who may know nothing about the inventor of the printing press but are determined to replicate everything that’s goofy about today’s Broadway musicals.

Meantime, our intern Felix Kalvesmaki checks in with the following list of museum exhibitions. It’s more than enough to keep any North Texas art enthusiast satisfied through the blistering hot months to come. When he learned the Amon Carter Museum of American Art would be closing their doors for the summer, he wondered what else would be available until it re-opens in September. (Note: The museum is hosting satellite events across the city throughout June and July.)

The Crow Museum of Asian Art:

The Crow Museum in Dallas focuses on displaying art sourced from Asia, or by Asian artists. This summer, they have four exhibits open for viewing, including one permanent display. Two of them opened this year. 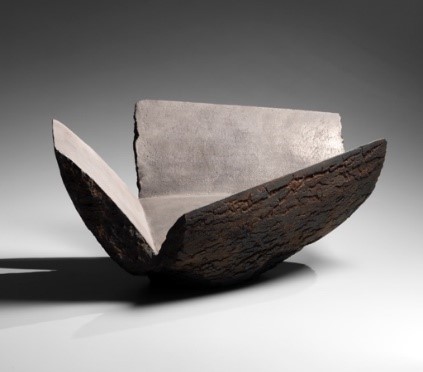 “Hands and Earth: Contemporary Japanese Ceramics” opened in March of this year. The exhibit shows off creations of a variety of different shapes, painted with different glazes, and finished with different surface treatments. “These ceramics reflect a duality of character, blending ingenuity with a dynamic relationship and deep respect for tradition,” writes the Crow. “This exhibition marks the first time these world-class masterpieces are being displayed together publicly in Texas.”

“Future Retrospective: Master Shen-Long” opened this past June. His art style is influenced by a vast wealth of knowledge concerning Buddhist, Daoist and Confucian philosophies, and explores experimental new realms of painting with his innovative ink art. His use of ink on paper and canvas results in illustrious works that fuse both painting and sculpture. According to a press release from the Crow, Master Shen-Long is “a living master of the classical Chinese literati perfections of painting, poetry and calligraphy.” This is the Master’s first solo museum presentation in Texas and serves as a career retrospective.

The Asian art collection’s events this summer will focus on those who are members of the museum, though they do plan on participating in the Dallas Arts late nights, according to Caroline Kim of the Crow.

This is cool: Some of the ceramics on display were crafted by artists denoted as “Living National Treasures” by the Japanese government. According to the Crow, these artists “have attained the highest level of mastery in their chosen fields of discipline.” 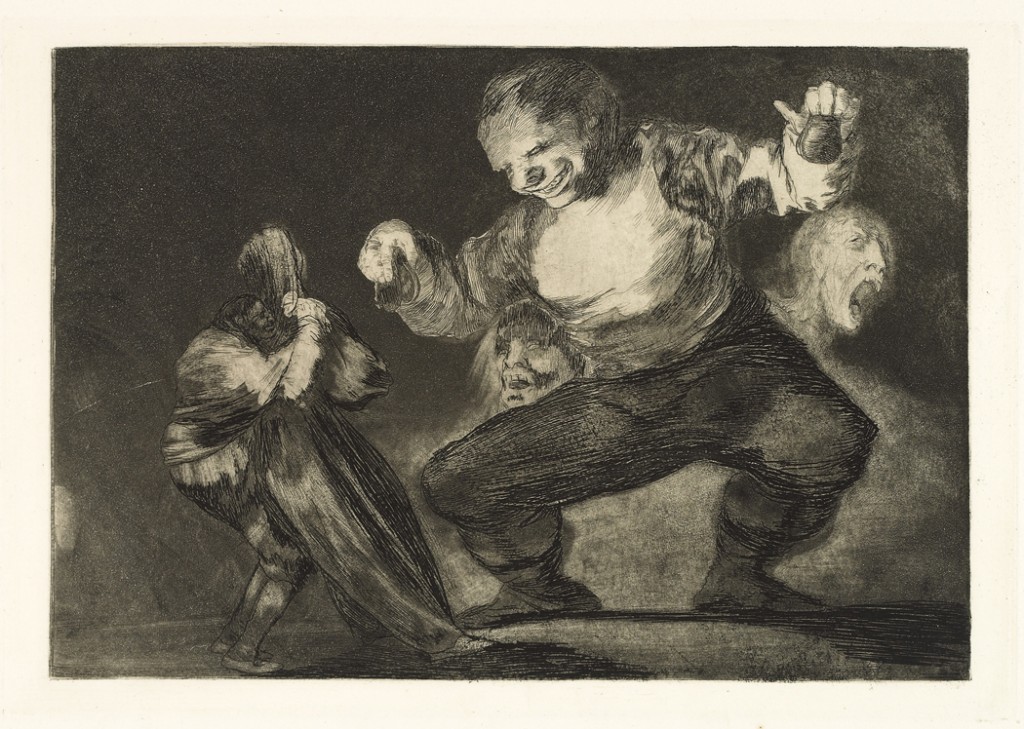 The Meadows Museum, located on SMU’s campus in the heart of Dallas, is keeping its summer calendar “fairly light,” according to Carrie Sanger, a representative for the museum.  The exhibitions and events that they have going on, though, certainly pack a punch.

Their primary summer exhibition, “Goya’s ‘Visions’ in Ink: The Centerpiece of the Meadows Drawings Collection,” revolves around their acquisition of Francisco de Goya’s Visions ink, which happened earlier this year. “Goya remains one of the most important artists of all time, and this drawing from one of his personal albums affirms his skill as a draftsman and endless imagination.” Mark A. Roglán, the Linda P. and William A. Custard Director of the Meadows Museum, said in a press release in regards to Goya’s artistic significance.

July and August also bring two recurring events to the Meadows. Drawing from the Masters, featuring guest artist Ian O’Brien, is described as an “informal drawing instruction as O’Brien leads you through the Meadows Museum’s galleries.” Those who participate can explore a variety of techniques and styles, though the target audience is primarily students 15 years or older, and adults. Furthermore, the twice-More information can be found on the Meadows website.

This is cool: Another one of their summer programs is for people with dementia. Re-connections extends itself to “individuals with early-stage dementia, their care partners, and family members. They “are invited to attend this relaxed social gathering. Attendees visit with friends over coffee and light refreshments, explore the galleries, and enjoy an informal gallery activity.”

The Modern Art Museum of Fort Worth:

The Modern Art Museum of Fort Worth dedicates itself to collecting and exhibiting post-World War II art for public appreciation.

Its first exhibit this summer is “Disappearing—California c. 1970,” and focuses on the works of Bas Jan Ader, Chris Burden and Jack Goldstein. “These three artists shared a common interest in themes of disappearance and self-effacement, which manifested in works that were daring and often dangerous. Responding to the social and political circumstances of their time and the nascent field of feminist art, the artists used “disappearing” as a response to the anxiety of the 1970s,” according to a press release from the museum.

A second show, “David Park: A Retrospective,” showcases the avant-garde artist in all of his lunar phases, from his early years of social realism to his waning era which defined the figurative movement.

This is cool: According to the Modern’s press release, their exhibition on David Park is the first major museum exhibition in over three decades for the originator of Bay Area figurative art. 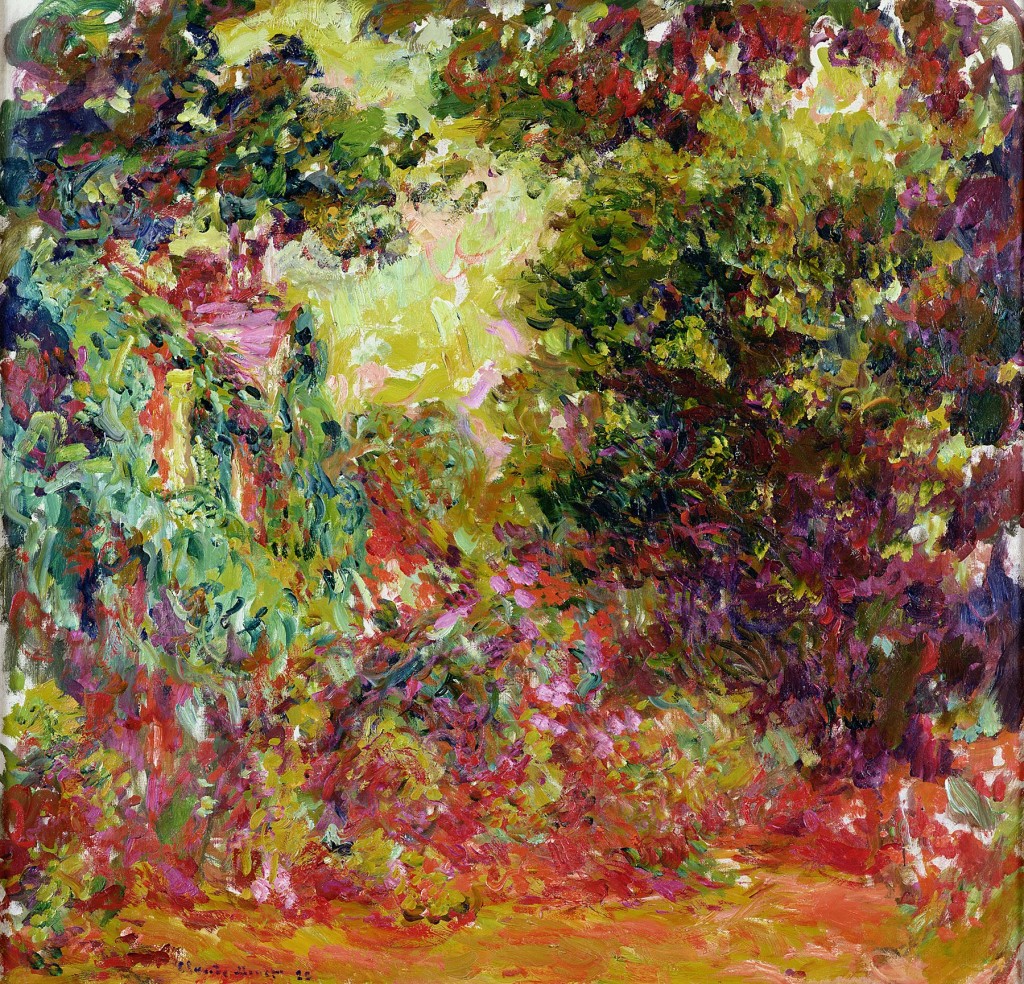 This summer, the Kimbell Art Museum in Fort Worth is all about Monet. Lily pads, Japanese bridges, the whole nine yards. However, while some of the first works you see in this exhibition will conjure the iconic Monet we’ve all come to know, most of the exhibit focuses on the last years of Monet’s career and life.

The showing “is the first exhibition in more than 20 years dedicated to the final phase of Monet’s career,” according to a press release from the Kimbell. “Through approximately 60 paintings, the exhibition will trace the evolution of Monet’s practice from 1913, when he embarked on a reinvention of his painting style that led to increasingly bold and abstract works, up to his death in 1926.”

The Kimbell also has a variety of events based around their Monet exhibit, including lectures, a film series and art workshops.

This is cool: Art&Seek recently took a closer look at “Monet: The Late Year”s for an edition of State of the Arts. Art&Seek’s Anne Bothwell spoke with curator George Shackelford on the abstract style of Monet’s later works.

The Nasher Sculpture Center in Dallas is known for its engaging sculpture exhibitions. There are two on display for patrons to visit this summer.

The first, by artist Sheila Hicks, who is “known for pushing perceptions of art beyond traditional associations,” according to the Nasher, is called “Seize, Weave Space.” “[Hicks] uses fiber to create sculptures and objects that give material form to color.” Hicks, a studious researcher of “color, form, texture, and structure” adapts her history into modern art in this exhibition.

The second is “Sketch for a Fountain” by Nicole Eisenmann. These five sculptures are described as “an ambitious, contemporary re-imagining of the timeless subject of fountain statuary,” per the Nasher. Eisenman’s work here is described as “larger-than-life, of indeterminate gender, and almost cartoonishly fleshy.” They “exemplify the appeal of her humorous and humane aesthetic.”

This is cool: The Nasher opened in 2003. It’s the only museum on this list that is under two decades old.

Aw, come on, you didn’t think we forgot about the DMA, did you? There’s the obvious attraction of the Dior exhibit, but the DMA has also added quite a few exhibits to their summer lineup.

“The Fifty-Three Stations of the Tōkaidō,” which opened in May, digs into the art of Japanese artist Utagawa Hiroshige, “one of the great masters of the Japanese landscape woodblock print,” per the DMA. There’s also the Caravaggio exhibit, which provides Texans with “a rare opportunity to see an extraordinary work by one of the most celebrated Old Master painters.” Caravaggio is hailed as “one of the most influential figures in the history of European art; he revolutionized painting through his theatrical compositions and gritty realism observed from life.” The painting on view is his ‘Martha and Mary Magdalene,’ on loan for the Detroit Institute of Art.  It makes a striking contrast to ‘The Cardsharps,” the famous painting at the Kimbell Art Museum.

If you want something to do at the DMA, aside from taking in their varied exhibition, they’ve got a few ideas. You could make a summer cyanotype at a printmaking class, or attend their famous late nights, which see the museum open from 6-11 p.m. and host a whole schedule of events.

This is cool: So at the moment, Texans have a unique opportunity to see two of Caravaggio’s paintings. The one work is not overtly religious but deeply spiritual nonetheless. The other is devilishly secular, even cynical. The one darkly lit and dramatic, the other bright but full of secret gestures and looks. There’s only about 60 Caravaggio paintings in existence, and fewer than a dozen in all of the US.

Regardless of your taste or North Texas location, there’s art to be seen this summer.