Skip Navigation
Home > ArtandSeek.net > How Can The Nasher Prize Rise Above All The Other Arts Awards Out There?

North Texas already has major culture prizes – like the Meadows Award at SMU and the Van Cliburn piano competition. Now the first Nasher Sculpture Prize is being presented this weekend – and it’s clear the prize is aiming for international status. KERA’s Jerome Weeks reports on how that’s often been achieved.

I know, yes, that sounds crass, especially when applied to the arts. But if you want your award to rise above our current glut of culture trophies, if you want it recognized as a measure of real merit, it does help if it has a nice round figure attached to it. News editors may know little about lyric poetry, classical music or sculpture, but they can read a price tag.

And a large enough price tag can get you media coverage.

The Nasher Sculpture Prize comes with $100,000. That’s a very respectable amount in international art circles. In Texas, it’s the richest arts award around: Houston’s Hunting Art Prize comes with $50,000. The Hiett Prize nabs you $50,00 — it’s a mid-career award for future leaders in the humanities from the Dallas Institute of Humanities and Culture. The Van Cliburn Gold Medal also earns you $50,000 — plus a concert tour and some career planning. And SMU’s Meadows Award is now $35,000. 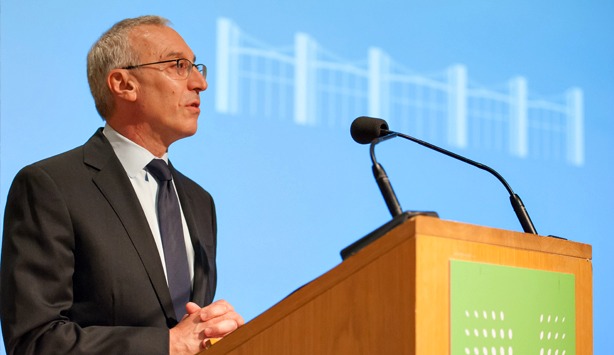 Jeremy Strick, executive director of the Nasher Sculpture Center, says the choice of the prize’s hefty figure was deliberate. “We wanted this award to receive attention not only in Texas but in Europe and Africa and Asia and throughout the world,” says Strick. “And you can disagree, but I think it’s probably fair to say that if we had made the value of the prize $5, we wouldn’t be having this interview,” he says with a laugh.

Martha Thorne, the executive director of the Pritzker Prize, agrees: Money can lend stature to an award. She should know; the Pritzker is the biggest name in architecture awards. Its honorees include, among others, Renzo Piano, the Nasher Center’s architect. The Pritzker was one of the models for how the Nasher Prize is run, so it’s probably not surprising the Pritzker also comes with $100,000. But now, Thorne says, “it’s felt that the prestige of the award is more important than any amount connected to it.”

And that’s the kind of reputation you want for your award – name recognition beyond the money, a profile higher than other prizes. After all, few people can remember how much cash comes with a Pulitzer, a MacArthur fellowship or a Nobel Prize in Literature. Yet they know such awards carry prestige, regardless of the sack of money that comes with them. (In case you’re wondering: The Pulitzer is small change at $10,000, the MacArthur spreads out $650,000 over five years, while the Nobel can be north of a million dollars.) 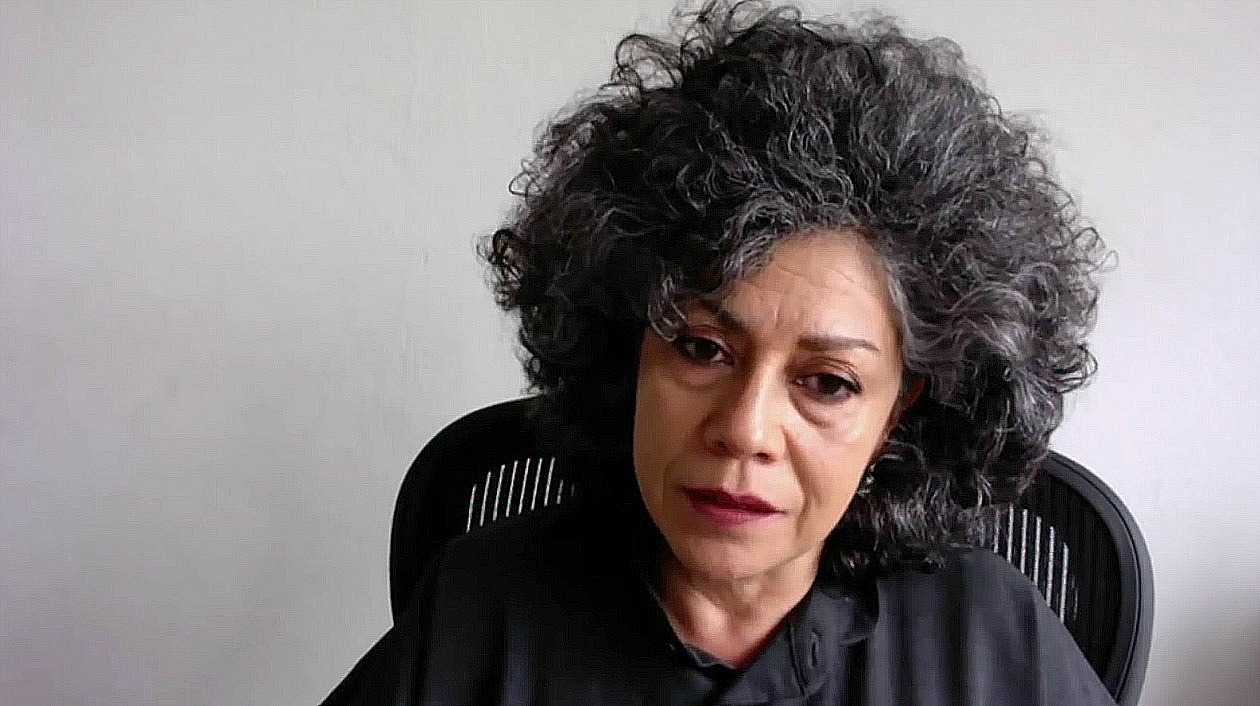 To attain that kind of prestige, it helps to have a distinguished jury choose the award — not an academy or trade association or university department. Money may get you attention, but an influential jury sends a message: It says, this artist we’ve chosen has been thoroughly vetted by people who know this field, who know this artist’s works are worth extolling. Attention should be paid.”The jury does lend credence,” says Thorne. “It also gives insight into what they’re looking for or what they value.” Awards, after all, are established to reward and promote certain kinds of art, certain kinds of artists. They’re designed to engage public discussion.

So consider the Nasher jury, which selected Colombian artist Doris Salcedo as the Nasher Prize’s first honoree. The jury includes Yuko Hasegawa, chief curator from the Museum of Contemporary Art in Tokyo, British art historian Alexander Potts, Okwui Enwezor, the director of an art museum in Munich, and Nicholas Serota, the director of the Tate Museum in London. The aim of this jury was clearly international input and esteem.

Jeremy Strick remembers how Doris Salcedo first responded to the news of her selection: “When I called to tell her she was receiving the award, what really resonated was the fact that she’d been selected by that jury.”

A jury like this is well-connected. They spread word about the prize, and they can steer it toward significant artists from around the globe — like Salcedo. 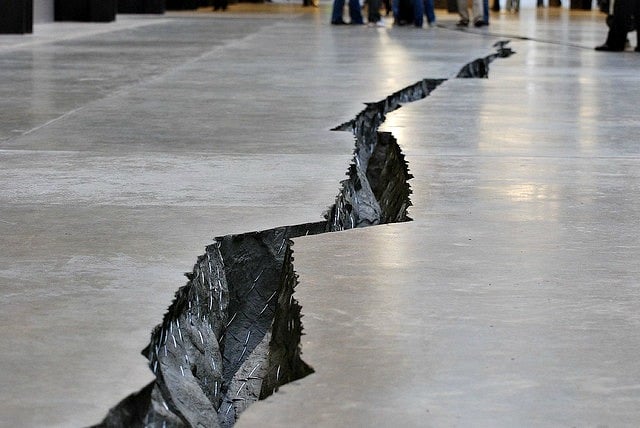 Which is what finally determines any award’s reputation: the winners, the artists who are chosen. They dignify the award — before the award turns around and discovers and dignifies future winners. Because the Nasher is loosely modeled on the Pritzker, maybe it’ll get lucky and follow that award’s trajectory. The Pritzker was created in 1979 to gain architecture and architects wider attention. The Nasher aims to do the same for sculpture — there were once several major awards designed to showcase sculpture, but they’ve all fallen by the wayside. The Nasher is now the only international one with ‘sculpture’ expressly in its title.

Another award that benefited from a similar bit of serendipitous timing was the Turner Prize. It’s British-based and worth only (only!) around $57,000. But it has an outsized, international influence because soon after the Turner was established in 1984, the YBAs — the Young British Artists — started their rocket ride to fame. So the Turner — for all of its controversies and the adverse affect on young artists of sudden media over-exposure– has been seen as a ‘trendsetter’ award, an early indicator of promise or even significance.

Jeremy Strick says the Nasher jury considered such implications with their vote. Did they want to anoint some already-established ‘name,’ clearly deserving of such an accolade? Or did they want to say something about the future direction of sculpture? 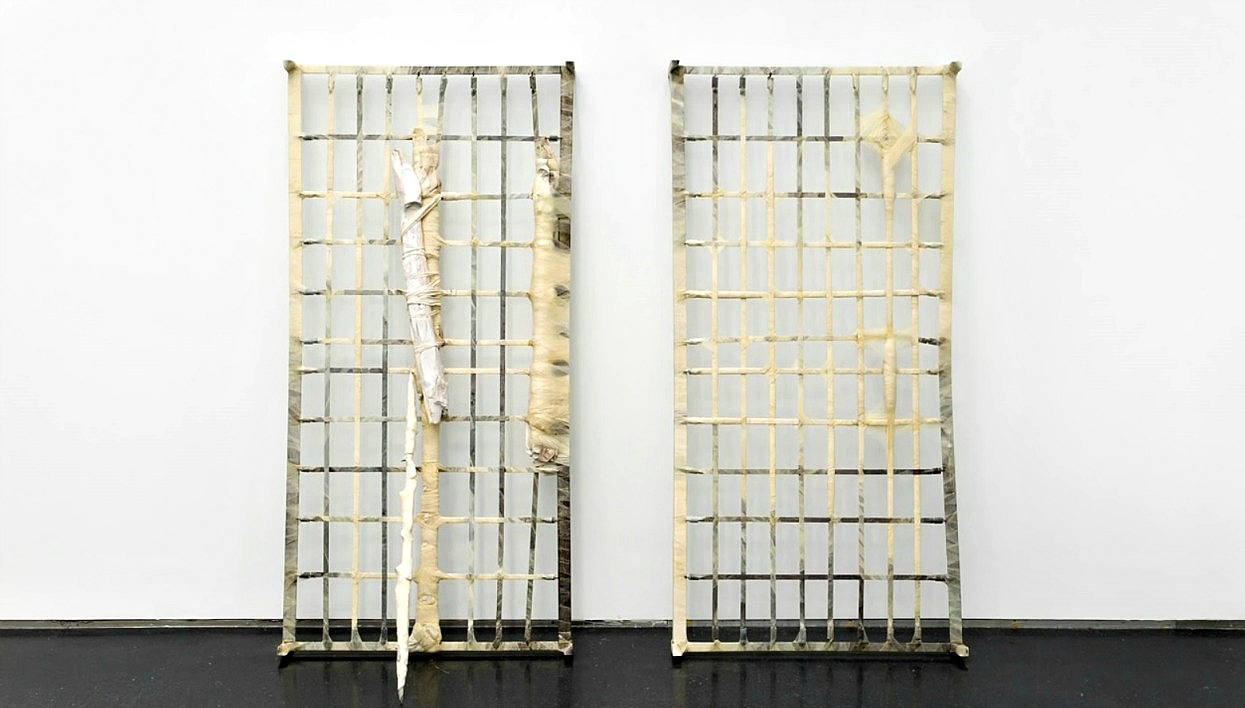 “That was very much something that the jury discussed,” Strick says, “to make a choice that would not close down possibilities in the future but to open them up. And I think the choice of Doris Salcedo did just that.”

The Nasher jury chose a Latin American female artist who may not be widely known in America but who just had a major retrospective in New York at the Guggenheim Museum. Her works offer searing but poetic treatments of Colombia’s political traumas. The Nasher Prize went international, Strick says, because sculpture is international these days, and the Nasher’s own collection is international. And it chose an artist who works in non-traditional forms and materials because, at this moment, sculpture can be almost anything. It also chose an artist whose work

And yet, Stritch quickly adds — none of that means that next year, the winner couldn’t be a figurative artist who works in stone or bronze.

So the Nasher Prize is not a lifetime achievement award, it’s not an ‘artist of the year’ prize, it’s not a ‘promising newcomer’ trophy. It’s an award that’s expressly about sculpture today, about what sculpture can mean inside — and outside — a gallery.