Hundreds of women, men and children dressed as Frida Kahlo swarmed into the Dallas Museum of Art Thursday night, eager to celebrate the Mexican artist’s 110th birthday – and attempt to set a Guinness World Record.

They eagerly posed for cameras, flaunting colorful dresses, flower crowns, and unibrows. To qualify as an official Frida look-alike however, participants had to follow a strict dress code.

Kimberly Daniell, one of the event’s organizers with the DMA, said Guinness World Records sets the guidelines to ensure there’s a point of reference in the event of a future challenge.

“A unibrow must be worn,” she said. “You need to have at least three artificial flowers in your hair. A pink or red shawl. And a flower dress that hits below the knees and does not have any slits on the side.” 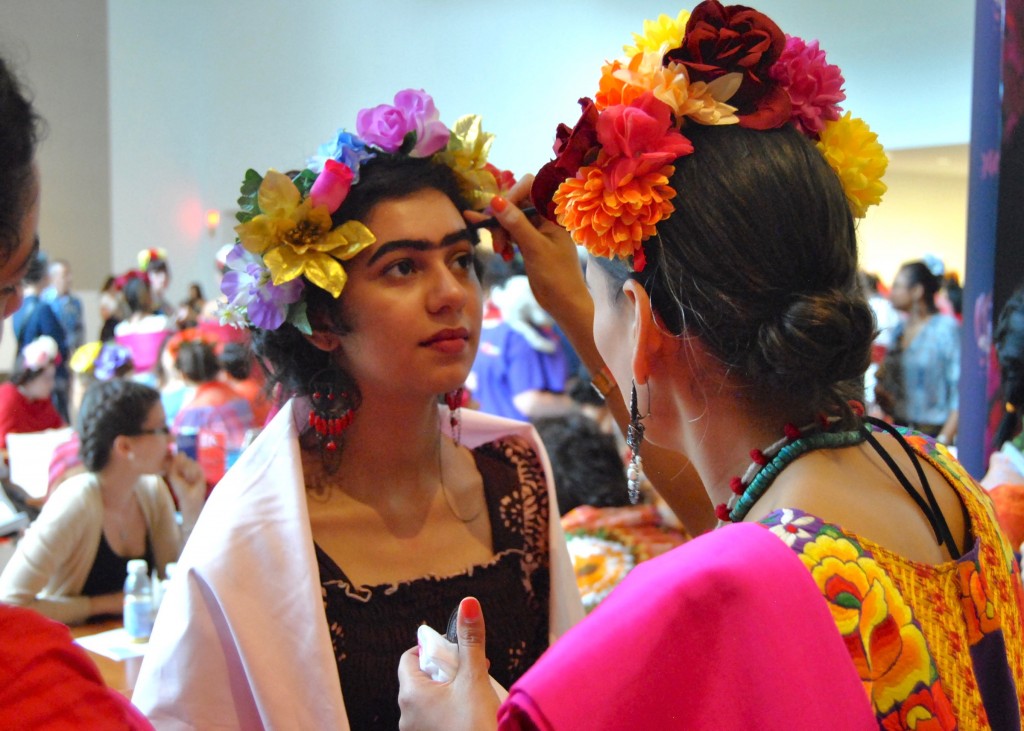 Elisa Saldivar gets a Frida Kahlo-inspired look, courtesy of Reina Rebelde. The makeup line was helping participants in the record attempt get ready before the final tally. Photo: Miguel Perez

Outside, 20-year-old Clarissa Medrano waited in a single-file line that reached Ross Avenue and snaked around the museum’s southeast courtyard.

“There’s a lot of Fridas here.,” said Medrano. “I was not expecting there to be this many people. It’s so colorful. It’s awesome that we’re celebrating Mexican culture.“

The festivities were coordinated in conjunction with the DMA’s popular exhibition of Mexican art that opened in March. Kahlo’s work is featured prominently in the “México 1900 to 1950” exhibit, which closes July 16.

“Frida is already a recognized figure all around the world that people highly respect and admire, especially women, ” he said. “She embodies the mujer poderosa, the powerful woman who wants to be free, who wants to defy social standards that prohibit women.”

There were no signs of protest on Thursday, but the event had drawn criticism on Facebook from people who said it was an example of  cultural appropriation.

The DMA and the Latino Center for Leadership Development, which has been working alongside the museum in the promotion of the “Mexico” exhibit and its related programming, released a statement on Facebook in response, stating they were hosting the event “in the spirit of respectful community.” 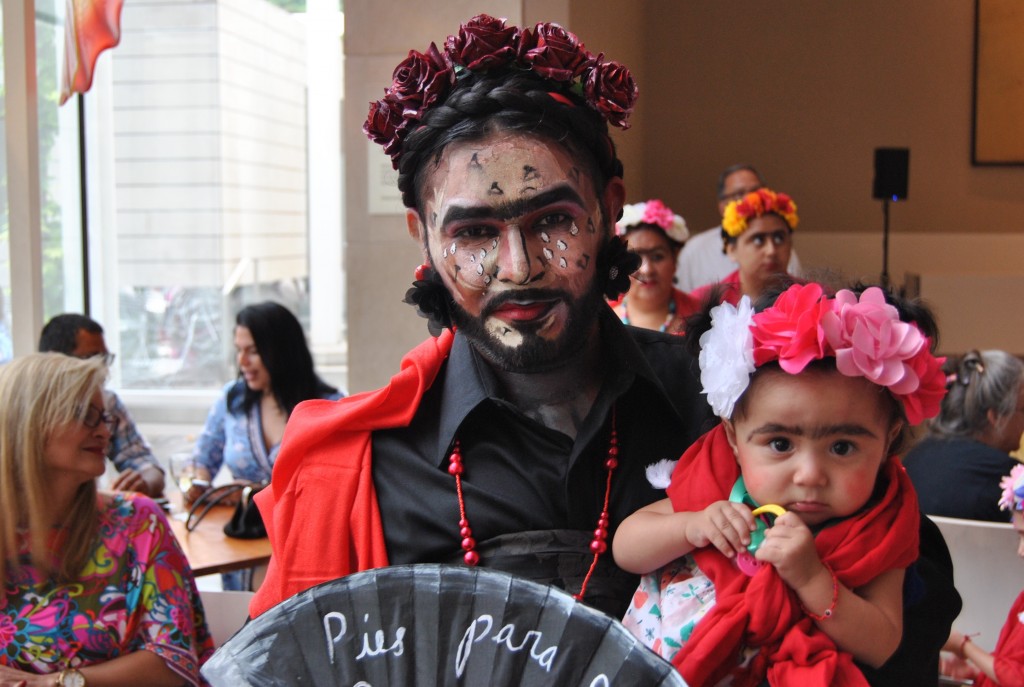 Marco Saucedo and his niece, Anna Mata, were among the hundreds of Frida fans participating in a Guinness World Record attempt for the most people dressed as the Mexican artist.             Photo: Miguel Perez

For 36-year-old Angela Benitez, taking part in the record attempt and celebrating Kahlo’s birthday is a way to connect to her Mexican roots.

“I’m very proud of my heritage,” she said. “My husband recently took me to see her museum in Mexico City and it was just beautiful to see the way she lived. I feel like the fact that they’re celebrating her, it’s a good thing. I think it’s just a way of honoring her as a person. I think anyone that interprets her to be beautiful and Mexican is a good thing.”

No official word yet on whether a record was set at the event. But, you can see work by Frida Kahlo and her contemporaries at the “Mexico” exhibit, which runs until July 16 at the museum.