Skip Navigation
Home > ArtandSeek.net > ‘In The Tall Grass’ At Bishop Arts: A Transgender Murder In Dallas

If current trends continue, some two dozen transgender people will be murdered this year in the US. That may seem not exactly an epidemic. But it’s actually alarming. The media status of trans celebrities like Laverne Cox or Caitlin Jenner may make trans people seem everywhere, but the number of Americans who identify as transgender is actually tiny – only .3 percent of the population. Jerome Weeks reports a British playwright has put the unsolved murder of a transgender woman in Dallas at the heart of his new play about the rising violence against such women. It premieres this weekend.

Shannon Walker’s in her thirties, but she’ll be making her stage debut Friday at Bishop Arts Theatre. The play’s called “In the Tall Grass.”

“This story is particularly important to me because I’m from here,” she says. “I was once like Shade.”

Shade is Shade Shuler. Her life – and murder – inspired ‘In the Tall Grass.’ Shuler was a 22-year-old, transgender, black woman who was shot to death in Dallas in 2015. Police say she was a prostitute.

Walker was one, too, for a while.

“I started transitioning here in the Fair Park area, about 15-20 years ago,” she recalls. “My mom was from the South, a black woman, didn’t understand what I was going through. So she just asked me to leave. And so that’s kind of where it started for me, on the streets, prostituting, all because I was just trying to survive at the time.” 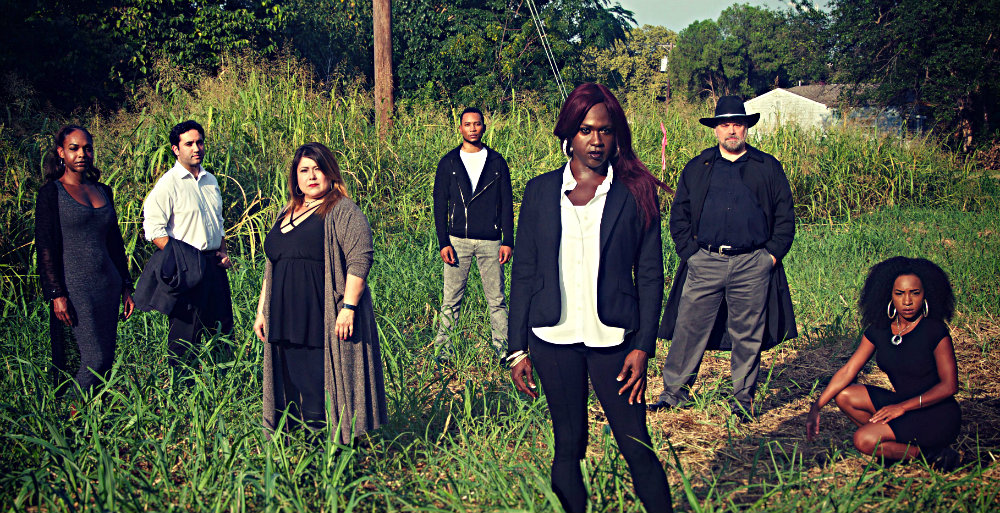 Transgender people may turn to prostitution because they’re four times more likely than the average person to be poor. One reason for their poverty: Trans people are often homeless. They’ve been thrown out by their families. And that status makes them more at-risk: One study found trans women are more than four times likelier to be murdered than women who aren’t trans.

These days, Walker is a trans advocate, trying to help people get past all the legal hurdles that changing your gender status entails. Walker’s done all that already – back when transgender celebrities didn’t star on television. She says finding crucial help at one point prevented her from becoming another Shade Shuler.

“I have to always give credit to Project Reconnect,” Walker says. “It was through the city of Dallas, and I was getting out of my last prison stay for an excessive amount of prostitution cases. And they were very instrumental in helping me with housing. Which was really a priority at the time because that was going to be the foundation for everything else for me.”

With a place to stay, Walker was able to hold down a waitressing job, go to school part-time.

Here she is, an activist turned actor – thanks to Paul Kalburgi, a British playwright.

Kalburgi came to Dallas in August 2015, about two weeks after Shuler’s body was found dumped in an empty field near the Medical District. It was so badly decomposed, it took Dallas police weeks to identify her.

“I was literally reading the local LGBT news here in Dallas,” he recalls. “And I saw Shade’s story. What was immediately shocking to me was that this was just a tiny piece of a much bigger story affecting transgender women of color across the US.” 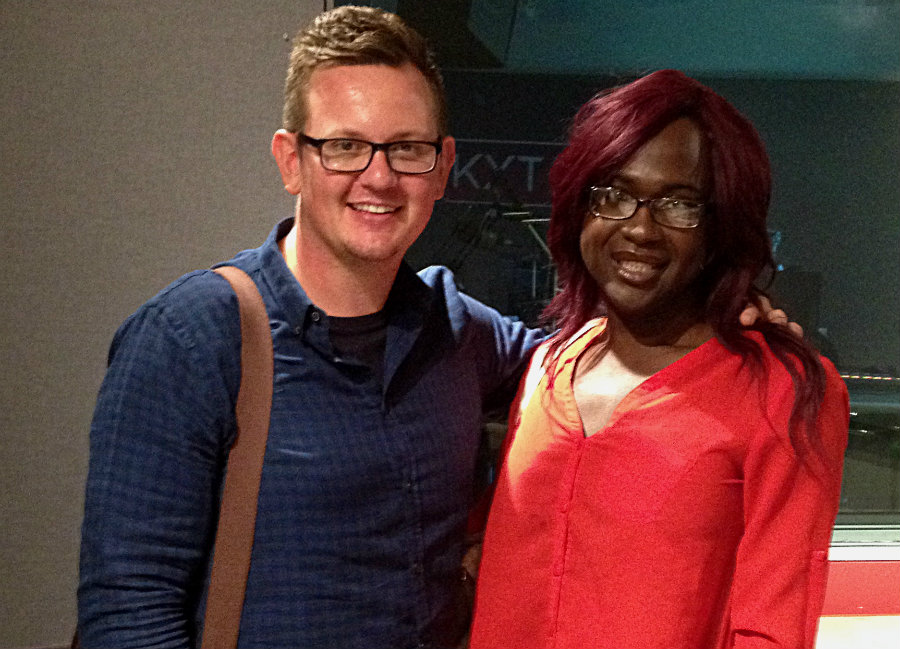 One reason for his shock: In Europe there is absolutely no rising tide of transgender murders. Another reason: The great majority of trans people murdered in the US are transgender women of color. And many of the killings tend to be brutal, suggesting they’re not robberies gone bad. Chyna Gibson, a friend of Walker’s, was murdered in New Orleans earlier this year. She was shot 10 times.

‘In the Tall Grass’ is Kalburgi’s play about such killings. It’s told in the actual words of friends, police officers, transgender women themselves – all of it the result of some 40 interviews in Dallas and Atlanta.

Kalburgi says, for an outsider like himself, it’s vital to develop trust with members of a small community. That’s especially so when asking questions about race, the sex trade and a still-unsolved murder.

“Shannon was instrumental in opening the door for me to the transgender community,” Kalburgi says. “When I first hit the streets to take those initial interviews, it was Shannon who set up a focus group for me to meet a lot of transgender women here in Dallas to help build that trust.”

Kalburgi believes in casting a non-professional in these dramas – as a link to the community. Also, the actors get a better sense of the real-life people they portray.

And the non-professional? What does she get out of playing people she may know – even murder victims?

“It’s been a challenge for me, just having that connection with these people,” Walker says. “And then having myself as a character in the play – I’ve had to disconnect emotionally a lot of times in order to proceed. It can be just overwhelming. But it’s an incredible experience. I’m committed wholeheartedly because this project is so passionate to me.”

Walker says her own gender transition was such a long struggle because she had so little information, so little guidance.

Now she’s on stage, in a play – providing some.