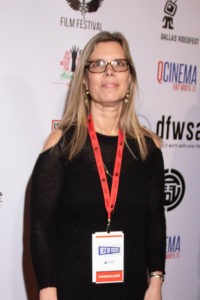 The Jewish Film Festival of Dallas is back for its 24th year.

“The annual festival provides a unique window to the Jewish experience for the whole community. said Rachelle Weiss Crane, a festival organizer. “The films provide a rare opportunity to experience Jewish life and culture around the world and across time periods from biblical to present day.”

The Festival’s featured film this week  is Hate Among Us.

The documentary sounds the alarm on the increase in antisemitism in the U.S. and around the world.  Scenes of hate rallies, attacks on synagogues, and other examples of violent anti-Semitic activities underscore the message of the film, that history is repeating itself.

“Anytime hate crime happens to anyone, it happens to all of us,” said producer Montel Williams.

Hate Among Us will be available for screening Aug. 24-27 via Vimeo. Note: Tickets for the film must be purchased by Aug. 24 at 4 p.m.

As an added component to the event, festival-goers are invited to participate in a Talk Back session on Thursday with Cheryl Drazin from the Anti-Defamation League.

“Participants can watch the film ahead of time and then come together on Zoom to discuss the film and connect with each other,” said Weiss Crane.

Almost every year since its inception, films for the Jewish Film Festival have been shown in theaters during the month of September. This year,  COVID-19 threw the group a bit of a curve ball so they decided to move to a virtual format and screen some of the films in August and the rest in the spring.

Another upcoming event from the Jewish Community Center of Dallas is BookFest — a series of conversations with noted authors that happens Sept-May this year.

One of the first events of BookFest features author and historican Jon Meacham on Sept. 2. Meacham will discuss his book, His Truth Is Marching On: John Lewis and the Power of Hope with Dr. Valerie Montgomery Rice, Dean, and President of Morehouse School of Medicine.

This event is free and will be a live virtual event.