Editor’s note: As the pandemic continues, KERA and The Dallas Morning News are collaborating to learn the impact on North Texas’ arts and culture communities. The News’ Sarah Sedaghatzadeh reached out to K-pop fans to learn how they fed their passion through the pandemic.

On a breezy Saturday October evening in Vitruvian Park, booming echoes of vibrant music can be heard near the amphitheater stage.

A group of about 20 dancers have gathered: Black, white, Asian, younger, older, short, tall. Some are wearing pants, others are in skirts; some have pink hair, some have orange hair. And some are just sitting and observing.

The music changes every 10-15 seconds as different dancers jump in, performing the choreography to the songs they know. This is called random play.

“Dancers use the choruses of the most popular songs to invite those who know the choreography to dance together in large groups,” Maddy Smith from Mckinney said. She is a member of the Dallas-based AEON dance group, which helped organize the event.

Standing to the side, with her smartphone pointing at the dancers is Sunwha Park, who’s livestreaming the event from her YouTube channel. Just 10 minutes into the livestream, more than 1,000 viewers are watching it —  from Korea. 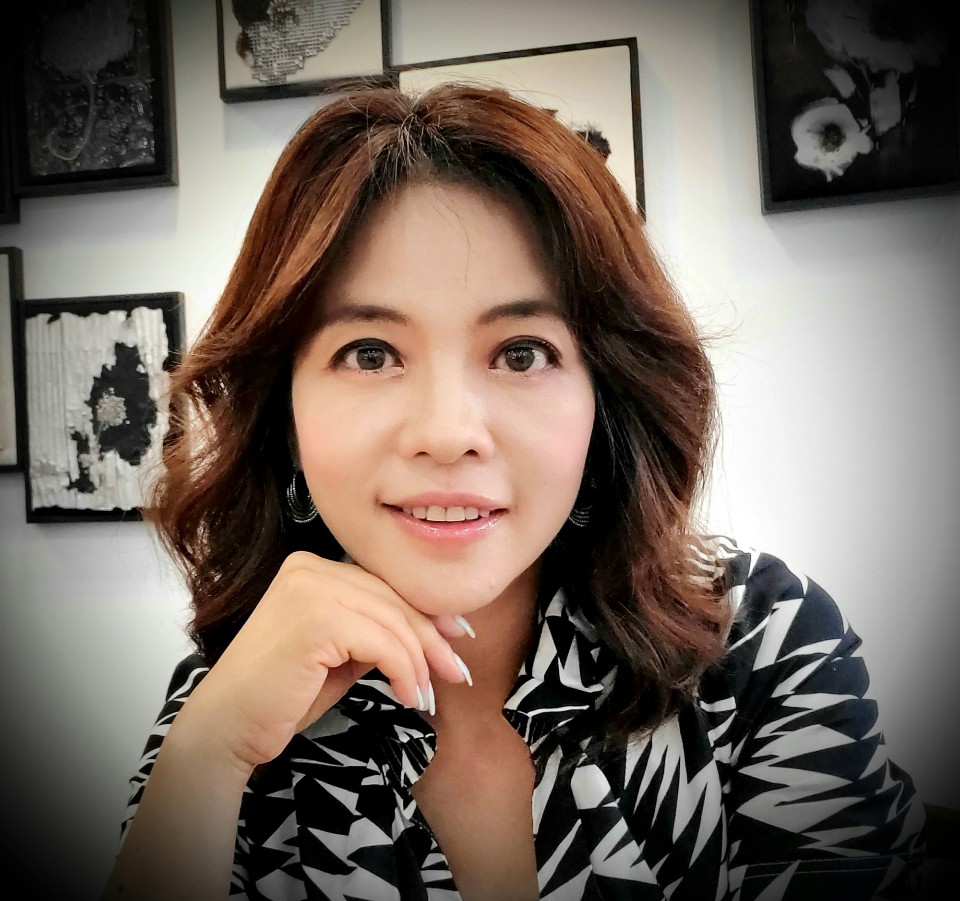 Sunwha Park is from Seoul, Korea. She now lives in McKinney and has been following K-pop fans in North Texas and livestreaming events on YouTube for her followers, many of whom live in Korea. (Courtesy of Sunwha Park)

“My channel has over 70,000 subscribers and we get over 10,000 views per video,” Park said. “Visuals are so important to the Korean community watching overseas.”

This cultural exchange has gone beyond music. The South Korean dystopian drama “Squid Game” is currently the most-watched show on Netflix. There are dozens of Korean restaurants in North Texas, including H-marts. In 2020, “Parasite,” a South Korean film, became the first non-English language film to win an Oscar for best picture.

“Koreans love watching how much Americans enjoy their music and culture,” said Park, who helped host the Saturday dance event through her organization, Jammy Club.

Park is from Seoul, Korea, and now lives in McKinney. She said she’s been recording K-pop events in Dallas for the past three years and has found the love for K-pop dance in the Dallas community fascinating.

She’s hosting K-pop Hallow on Friday, Oct. 29, at the Carrollton Plaza Arts Center. It will feature dance groups from Houston and Austin and a costume party.

“We want everyone to get involved to try Korean foods, see Korean art, and of course dance!” Park said.

Many K-pop fans agree that interest in Korean culture is not a new phenomenon, and can’t even be attributed to the South Korean band PSY, whose “Gangnam Style” went viral in 2012.

Several respondents to an online questionnaire from KERA and The Dallas Morning News wrote about the origins of K-pop in their responses. 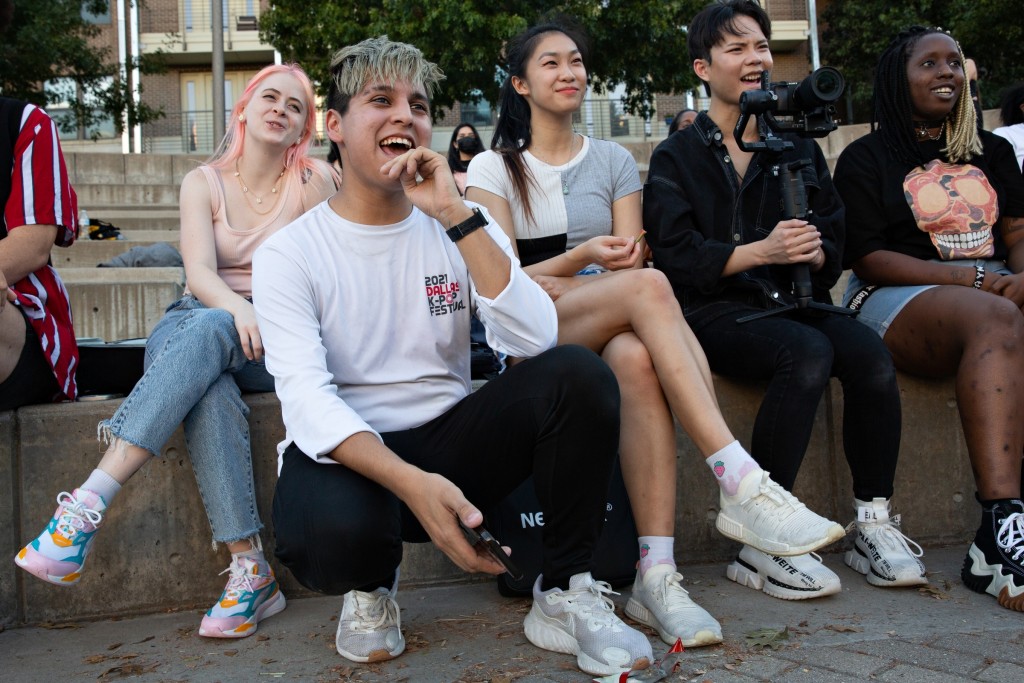 Members of K-pop cover dance team AEON watch a performance during their meetup at Vitruvian Park in Addison in early October. (Shelby Tauber/Special Contributor to The Dallas Morning News)

But, when COVID-19 hit, it halted gatherings and random plays across the world and fans had to find other ways to connect.

Members of PRISMIX, a Dallas-Fort Worth dance group, said they eventually began filming themselves, compiling their videos together to create virtual covers. Happily vaccinated, the group now feels comfortable meeting in person to practice — with masks on.

Emily Blatney from Coppell shared that she “started interacting with more fans online and have gotten closer to my friends that also love K- pop.”

Gus Cedillo from Plano wrote that using technology and interacting online brought their family and K-pop community closer together.

“During the pandemic, my family and I would join special KakaoTalk groups when concerts played online,” Cedillo said. KakaoTalk is a South Korean chat platform.

Now that in-person dances and events are happening again, the connections continue to grow.

“Every time I go to an event I meet new people and it’s just so incredible to be able to instantly connect with someone and form a friendship,” Jenny Waldschmidt from Bedford said. “The feeling you get when you and someone else discover you’re into the same group is indescribable.”

Blatney said she bonded with “the girl at my local post office when she was playing Red Velvet,” a K-pop band. “Maybe it’s the Texan in me, but it feels really special to know I can make new friends in unexpected places simply because of our shared love for this music.”

What you may not know about K-pop fans

Alisa Douvry, a questionnaire respondent from Carrollton, said she’s been asked numerous times “why K-pop?” if she cannot understand the language.

“I do think a lot of people have gotten over the language barrier now,” she said. “More and more people are consuming media made outside of our country, which I think is great. The K-pop phenomenon definitely has something to do with that, inspiring other countries, like Kazakhstan, to create their own ‘Qpop’ genre.” 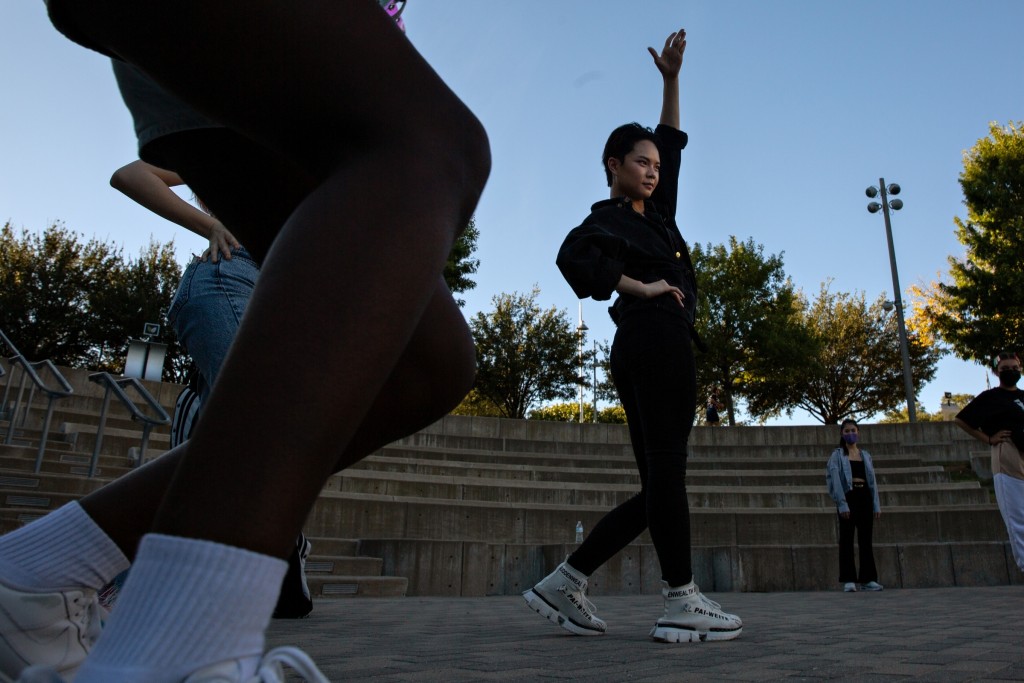 Steven Mai is a member of AEON, a Texas-based K-pop cover dance team that organizes meetups where K-pop fans can dance and perform to their favorite songs. (Shelby Tauber/Special Contributor to The Dallas Morning News)

Here are some other aspects of K-pop fandom that many may not know.

“There are BTS ARMY MOMs and DADs out there too,” Kris Smith from Mckinney wrote in an email. She’s also an AEON mom; Maddy Smith is her daughter.

Not every K-pop fan is a BTS stan. Questionnaire respondents shared their favorite bands, which include Monsta X, Blackpink, Stray Kids, Loona, Astro and Everglow. 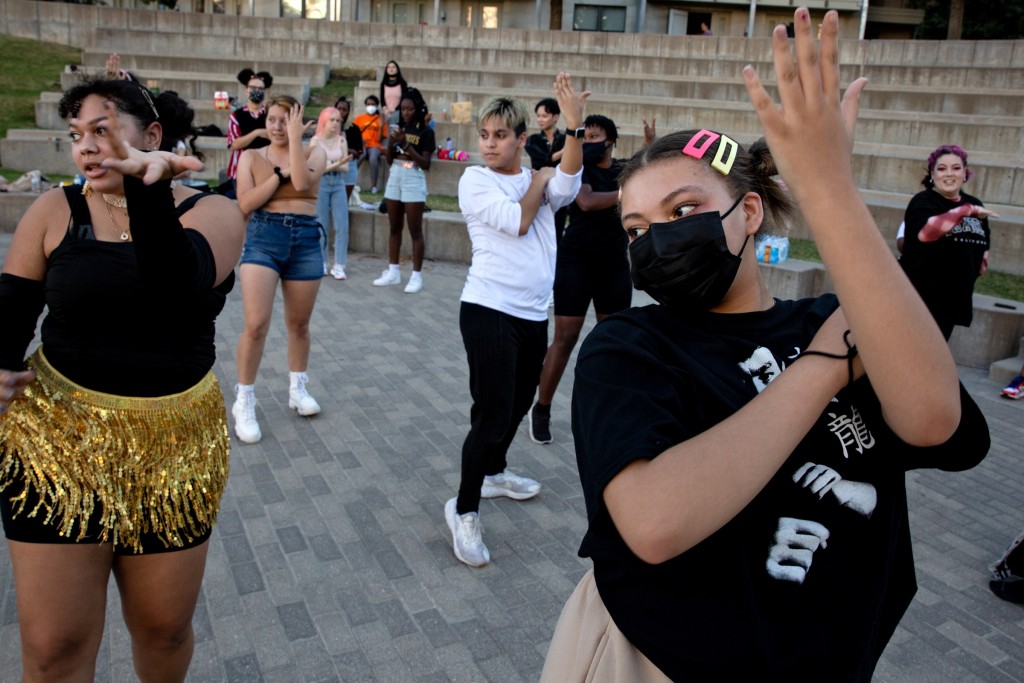 The manager for H1P3 (pronounced hype), one of the longest running K-pop cover groups in the Dallas-Fort Worth area, said her work is based on her love for bringing fans together, regardless of their dance experience.

“I am a 31-year-old who runs a K-pop dance cover group as a side hobby, because it’s truly what I enjoy,” Katie Harris from Dallas said. “The whole misconception about the K-pop community is that it’s a bunch of 14-year-old girls screaming for BTS, but it is a collection of people from every background, culture — men and women, gay, straight, trans — people from every walk of life.”

Thomas Soliz from Irving can testify.

“I am a trans, gay, Latino who enjoys K-pop,” he wrote. “It brings people together and unites people of all different walks of life with a message of kindness and of peace, hardships and struggles with identity and fitting in.”

A version of this story appears on dallasnews.com and will appear in the newspaper.