Art&Seek is highlighting new music from North Texas every Thursday. Click above to hear Kyoto Lo-Fi’s lead singer Nico Caruso for our new Music Minute, which airs on KERA FM and KXT 91.7. For more local music, tune in to the KXT Local Show at 7 p.m. on Thursdays. And tell us what you’ve been listening to on Facebook, Instagram or @artandseek on Twitter.

Nico Caruso was one of many family members at his grandmother’s bedside when she died. It was the first close death he’s experienced. To heal, he turned to music.

Caruso wanted her to remember and assure, “that you’ll always have me by your side.”

He wrote a song called “Lady Sapphire” about the devastating loss. Caruso, who’s Ecuadorian, sings at the chorus, “always and forevermore,” a direct translation from the Spanish saying, “siempre y para siempre.”

The band got its start in 2016 by releasing an EP called Black Rainbow. In the past two years, they’ve released singles —  “Flowering Boulder” and “Godot — that’ve been played on KXT and ALT 103.7.

In 2019, the band was voted Best Rock Act at the Dallas Observer Music Awards and voted Best Indie Rock-Act at the 2020 Central Track Music Honors. Its highly anticipated album was finally released in September.

The song that honors Caruso’s grandmother, who helped raise him, is the second track on the album. 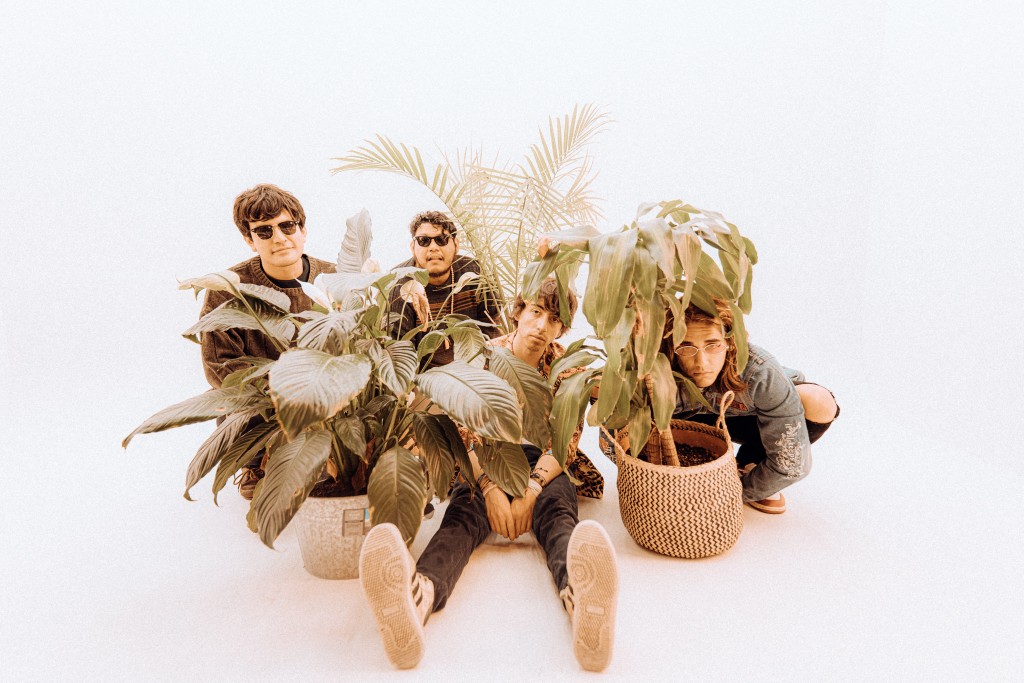 While still implementing psych pop and indie sounds, the song is much slower than the other tracks on the album.

“Lady Sapphire” was written a year ago. And some of the first lyrical ideas of the song were written before the death of Caruso’s grandmother. In the band’s self-described “post-indie” sound, Caruso sings, “And one day you will die/But until then I wanna be by your side.”

Caruso said his grandmother was sick for a long time. But when he saw her eyes close, he didn’t want her to leave.

“She was laying there and I was mentally like ‘Just wake up, just come back to us’,” he said.

That moment of grief is reflected in the last line of the song. It then reflects his later acceptance and catharsis.

Following the track is “Vanishing,” another new song. The fresh album has no narrative, which makes each song unique. It’s An Ok Life has six tracks and is already receiving attention on streaming platforms.