The age of #MeToo and Black Lives Matter has traveled back in history to confront a case of a president, an enslaved woman and their mixed-race affair.

A landmark exhibition from Thomas Jefferson’s Monticello – the first to address his long-debated relationship with Sally Hemmings, one of his slaves who bore six of his children – will begin its national tour at the African American Museum of Dallas Sept. 22-Dec. 31, running during the State Fair. The exhibition, ‘Slavery at Jefferson’s Monticello,’ was originally organized in 2012 by Jefferson’s estate in partnership with the Smithsonian Museum of African American History and Culture. Its subject was the wider issue of the daily lives of slaves at the Founding Father’s Virginia plantation. But thanks to a National Endowment for the Humanities grant, Monticello has expanded that show to include new material about Hemmings. During an archaeological excavation of Monticello’s south wing in 2017, thousands of artifacts were uncovered, as well as a kitchen — and a bedroom adjacent to Jefferson’s bedroom. That room has since been restored and recently opened as an exhibition dedicated to what little is known of Hemmings’ life (there is, for instance, no known image of her.) 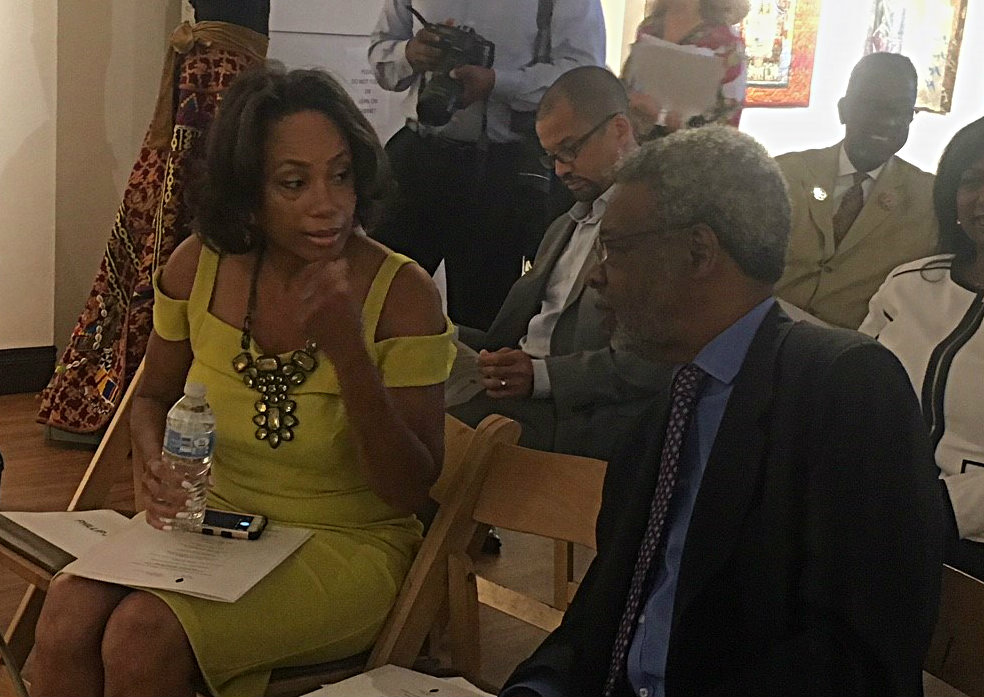 The updated touring version of ‘Slavery at Jefferson’s Monticello’ will feature some 340 items, several never seen before. By knowing more about slavery, we can come to a better understanding of how the Founding Fathers, many of them slaveowners, conceived of the individual rights of liberty and justice enshrined in the Declaration of Independence, which Jefferson significantly contributed to.

Gayle Jessup White, the community engagement officer at Monticello, is a descendant of both the Hemmings and Jefferson families. She said the tour to Dallas came about because of a chance meeting with Dallas City Councilmember Kevin Felder. Intrigued by what she told him, the councilmember called Dr. Harry  Robinson, president of the African American Museum — and things took off from there.

‘Slavery at Jefferson’s Monticello’ tells a quintessential American story, White says, “about how America started. About the enslaved families because this exhibition is from their perspective, not through Thomas Jefferson’s. And about how their lives and the lives of the enslaved continue to impact us today.”