Armando Manzanero was a short Mexican man of Mayan descent, just over 5-feet-tall, but he was a towering figure in the world of music.

“As a teenager you are in relationships, romantic relationships. You have a boyfriend, a girlfriend… Everyone, they have romantic interests and sometimes failures. And with a romantic failure there was always a song to describe your situation. So I remember obviously in the car in the radio listening to those songs,” said Sergio Espinosa, a violinist, conductor and music director at UT- Arlington.

Espinosa describes Manzanero’s romantic boleros or ballads were prolific. Like him, music aficionados all over the world are mourning the death of Armando Manzanero.

The Mexican composer and songwriter died on Monday at the age of 85 to COVID-19 complications. 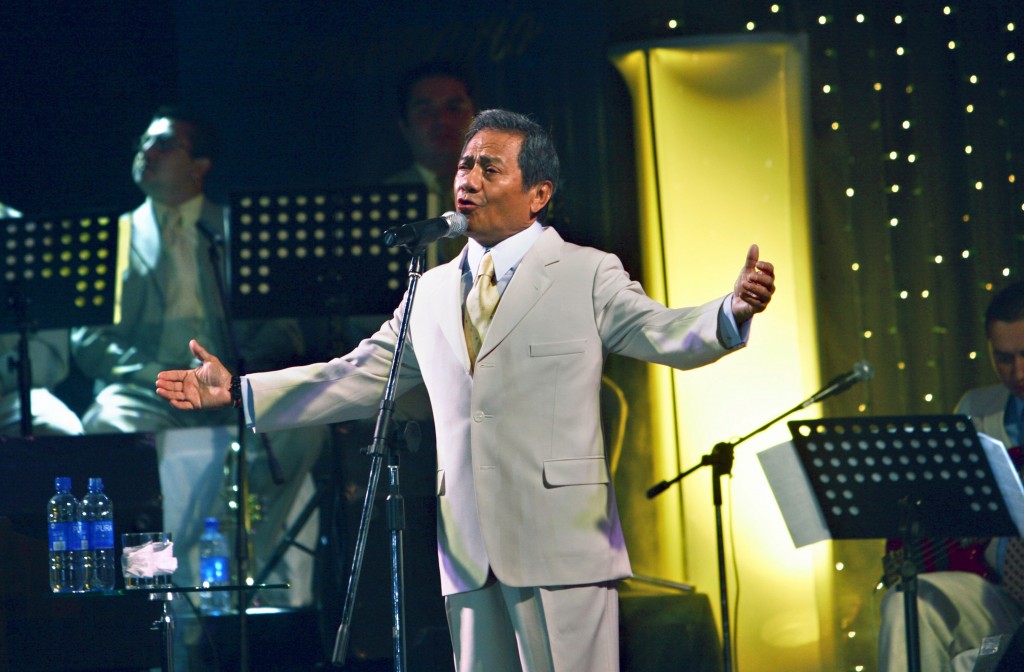 He’s highly recognized as one of the greatest songwriters in Latin American history and as nicknamed the ‘romantic soul of Mexico.’

Manzanero was born in Ticul, Yucatán state, in 1935 and began songwriting in 1950. He was beloved by many who danced and fell in love with his romantic ballads.

His song Adoro or Adore was described by many as Manzanero’s crown jewel.

Some of the lyrics are: Adoro el brillo de tus ojos..lo dulce que hay en tus labios rojos… adoro (Adore, the sparkle of your eyes, the sweetness of your lips, adore.)

There are more than 70 recordings of the song and it’s been done in different languages.

“When he sang he was so emotive and he put so much emotion in his singing that you disregarded the fact that his voice wasn’t perfect. It was the music, composition and the lyrics,” said Espinosa.

Manzanero wrote more than 400 romantic songs. He’s the winner of the 2014 Lifetime Achievement Award and many Latin Grammys.

The Latin Recording Academy expressed deep condolences in a tweet: “Irreparable loss for the world of Latin music. We accompany the Manzanero family in their deep pain..”

One other highly recognized song was called Somos novios (We’re lovers), which made Billboard magazine’s list of 50 best songs in the history of Latin music.

Some of the lyrics are: Somos novios…más tenemos un cariño limpio y puro…como todos procuramos el momento más oscuro. (We are lovers. We have a love that is clean and pure.)

The Society of Authors and Composers of Mexico (SACM), announced his death, saying: “The romantic soul of Mexico and the world is in mourning.”

Manzanero was president of the organization.

Mexico’s president Andres Manuel Lopez Obrador said “It’s something so sad. Sir Armando Manzanero was a great composer, the best of the country. And a humble man.”

Manzanero will be remembered for his impact in Latin music and beyond. He will be cremated in Mexico City and his remains will be taken to his hometown of Merida.