Art&Seek is highlighting new music from North Texas every Thursday. Click above to hear me talk with musician Dezmond Walker for our Music Minute, which airs on KERA FM and KXT 91.7. For more North Texas music, tune in to the KXT Local Show at 7 p.m. on Thursdays. And tell us what you’ve been listening to on Facebook, Instagram or @artandseek on Twitter. 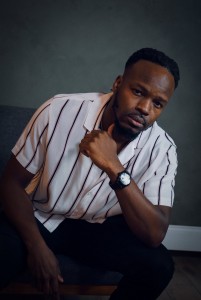 Fort Worth native Dezmond Walker has multiple talents. In addition to being a musical artist with a soulful sound, Walker counts photography and videography among his numerous skills. He also co-founded the artist collective REBELLIOUSOCIETY.

He grew up in an artistic family: his father was a singer and his mother a poet. She passed down her love of writing to Walker. 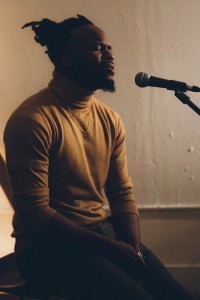 “It helped me get through some dark times in my life,” Walker said. “So then, it was like, writing is an outlet… a great way to not only put my feelings and emotions out, but also to be able to sing and translate how I feel to others.”

After his four-year relationship ended, Walker once again turned to writing and music to parse through some tough emotions. The result was his new single, “Move On”.

“It was very therapeutic because I needed an outlet; I didn’t have anybody to talk to,” Walker said. “That just led me on to write and then record.”

Walker originally recorded “Move On” as an acapella song, but producers Natty and BOGGUS added layers of sound and instrumentals. The result is a sweeping ballad with beautiful harmonies and Walker’s silky voice singing a sorrowful goodbye to a love that has to end.

The song sparked the Move On Project– a digital video series featuring creatives revealing what they need to let go of in order to grow.

Walker plans on releasing an EP this summer. Keep up with Dezmond Walker and his various projects on his website and Instagram.