Over nine hundred voices from diverse neighborhoods, cultural communities, and age groups chime in to finish the sentence “Dallas is…” in the latest project from Verdigris Ensemble. Ranging from tough love to unbridled infatuation, this collection of brief love letters to the city create the backdrop for Verdigris Ensemble’s 2018-2019 season finale, “Faces of Dallas.” Part of this year’s SOLUNA Festival concert lineup, the interdisciplinary concert uses the language of music to tell the stories of Dallas in a vibrant celebration of the rapidly growing city. For five weeks, a team of Verdigris artists and collaborators are opening a door for Art&Seek readers into the process of designing a fully original, Dallas-inspired choral performance. Today we hear from Sam Brukhman, founder and artistic director of Verdigris Ensemble.

It was the middle eastern rug I stepped on in a small apartment in North Dallas that took me back to my childhood in Brooklyn. A first-generation American, I was born three years after my parents and grandparents immigrated from the Soviet Union in 1990. As a result, I grew up with a few family items that dated back to my parents’ previous life: pure silver forks and spoons that had the famous Soviet star and sickle imprinted on the back, a pan with an Imperial Russian symbol, and ornate rugs that had seen their fair share of feet. As Soviet Jews, my parents saw great opportunity and hope in the “American dream” and took the leap of faith with a small child (my brother) and only a suitcase to their name. 26 years later, I found myself about to conduct the first “Faces of Dallas” interview of an Afghan refugee family that looked almost exactly like my own. That’s when I knew that “Faces of Dallas” was much more than just setting Dallas words to music.

Join us on April 26, 27, and 28 to hear and see these voices come to life through the music of David Ross Lawn.

Thanks to a dedicated “Faces of Dallas” committee comprised of six volunteers, we quickly identified four faces of Dallas that would be featured in our performance. With the help of the committee, I recorded audio interviews which would then be sent to our composer, David Ross Lawn, who would highlight important sections and then set them to music. Meanwhile, artist Stephen Zhang would paint a portrait of each face to be hung and displayed during the concert based on photographs he took during interviews. Here are profiles of the four faces we chose.

Donald Payton is a genealogist and descendant of one of the first black families living in Dallas. He was one of the first people I met while soliciting surveys at the South Dallas Cultural Center on a Saturday night in November. Born shortly after World War II, Donald experienced post-war Dallas in its most segregated form. Donald was a student of Juanita Craft, a Dallas Civil Rights activist and member of the Dallas City Council, and he was one of the first students at an integrated North Texas State University (present day University of North Texas). When asked what he wanted to say to “Faces of Dallas” audiences, he replied “Dallas has gotten better, but it’s not as good as it has the potential of being. And we’ve got to be real careful not to limit our potential.” 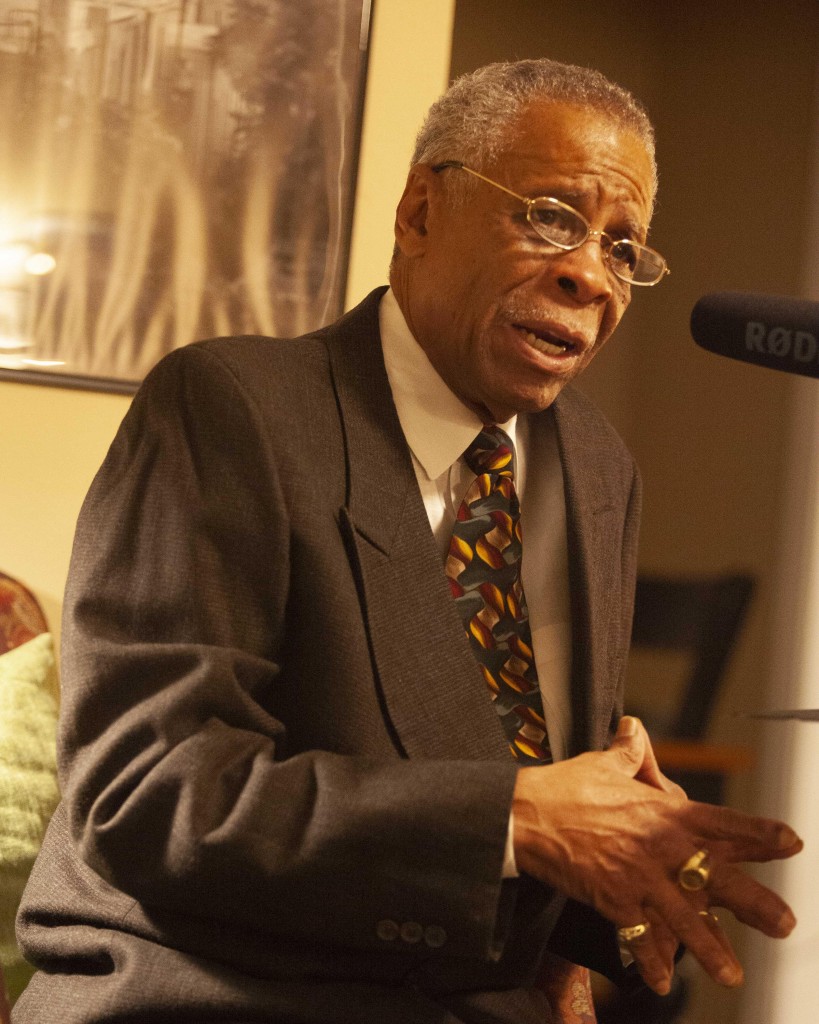 Patti Fink, a passionate LGBT activist and KNON broadcaster, was one of the first people in Dallas to bring attention to the fact that Chapter 21, Section 06 of the State of Texas Penal Code is discriminatory against the LGBT community. This section was disputed all the way up to the United States Supreme Court which ruled that it was unconstitutional. Despite this ruling, Section 06 is still printed in the State of Texas Penal Code but unenforceable. In reaction to this, Patti was an instrumental part in passing an LGBT anti-discrimination ordinance in Dallas. “The LGBT community in Dallas has always been here and will always continue to be here,” says Patti, “And I feel like the city has really embraced us as a community. I think they seek to embrace all communities, and that feels really good.” 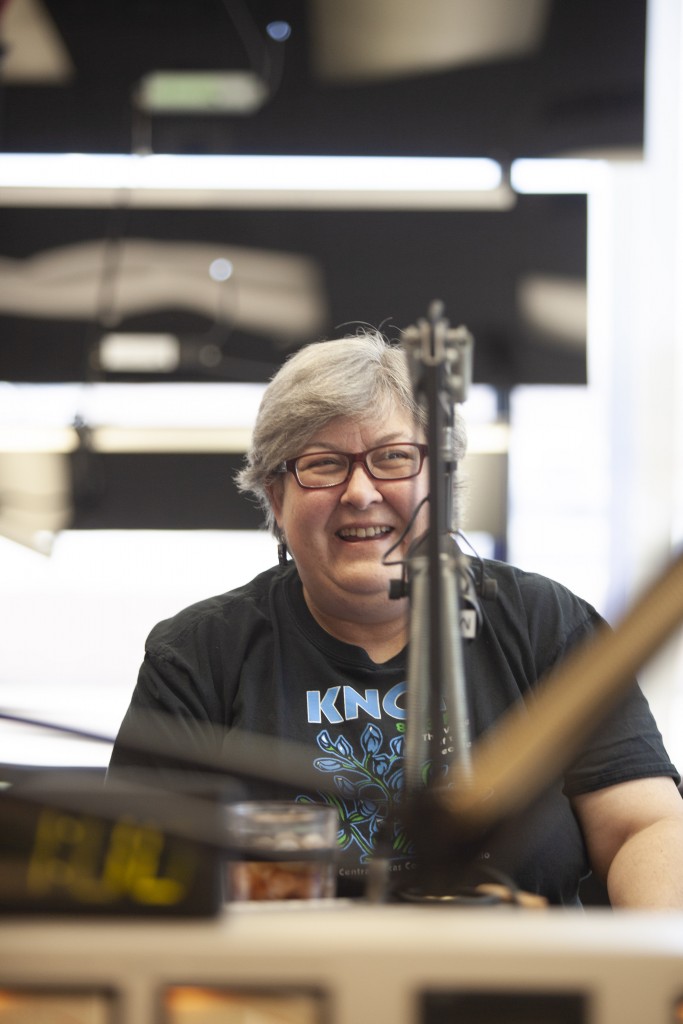 Our 4-week music residency with the students of W.E. Greiner Exploratory Arts Academy. culminated in a joint performance that premiered a piece of choral music with text written by two 8th grade Greiner students, Bria Brown and Antoniya Davis. Hearing students’ stories about how significantly Oak Cliff has changed and gentrified over the last few years was eye-opening. These stories, paired with their poetry, were both inspiring and a clear fit for our third face. “Dallas is peculiar,” says Antoniya Davis, “because you go to the city and hear all these things about Dallas, but you experience it, and you feel something totally different. You have to feel it yourself. It’s one of those things that you have to be there to know about.” 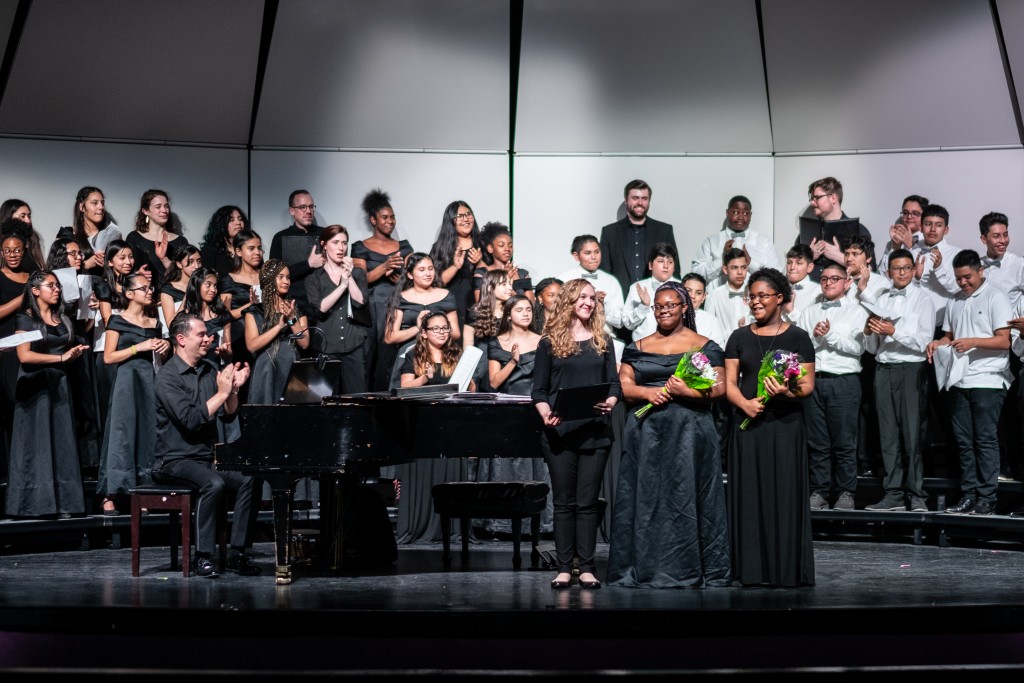 Sisters Jamileh and Sharifeh were horrified when members of different tribes (including the Taliban) started stealing valuable items from them in a small village in Afghanistan. It started with food and then escalated to valuables. When the Taliban started taking children, husbands of Jamilah and Sharifeh urged them to leave their small village and flee with their kids to the nearest border. Traveling from Iran to Turkey and then to the United States, both sisters experienced lack of food, mistreatment by others, and a general feeling of hopelessness. Now living in the United States for 3 years, Jamileh and Sharifeh are thankful to be in a safe place but struggle to learn a new language and culture. “It was the will of Allah, and Allah has created humans stubborn and to not give up easily in life. It was not easy to get here,” said Jamileh. 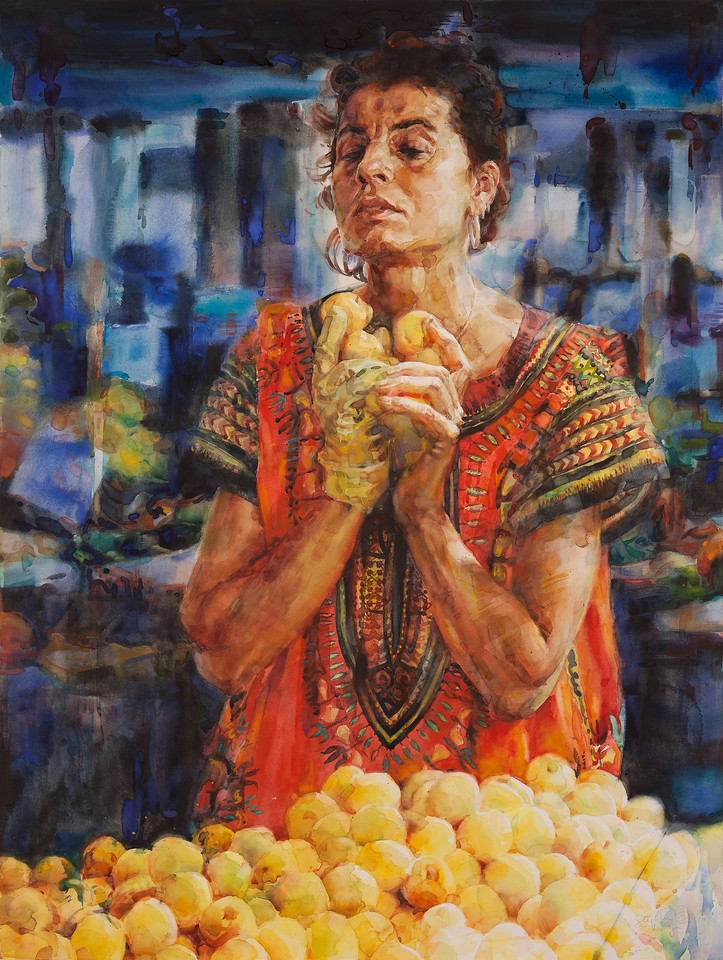 As the Faces of Dallas concept continued to develop, it was important to me to feature living voices within our community to tell a deeper human story. The process of combining the survey responses, local Dallas poetry, and individual stories into a cohesive concert was surprisingly easy. Each survey response had a phrase or sentence that paired well with poetry which, in turn, related to one of the faces. I suppose this is symbolically true of the people in our city – that we are surprisingly and unexpectedly connected to one another through shared life experiences. Documenting these four faces has served as a strong reminder that all people have a story to tell and that it is Verdigris Ensemble’s responsibility to tell their story honestly. We started rehearsals this past Monday and have already felt the immense emotional commitment to this music. 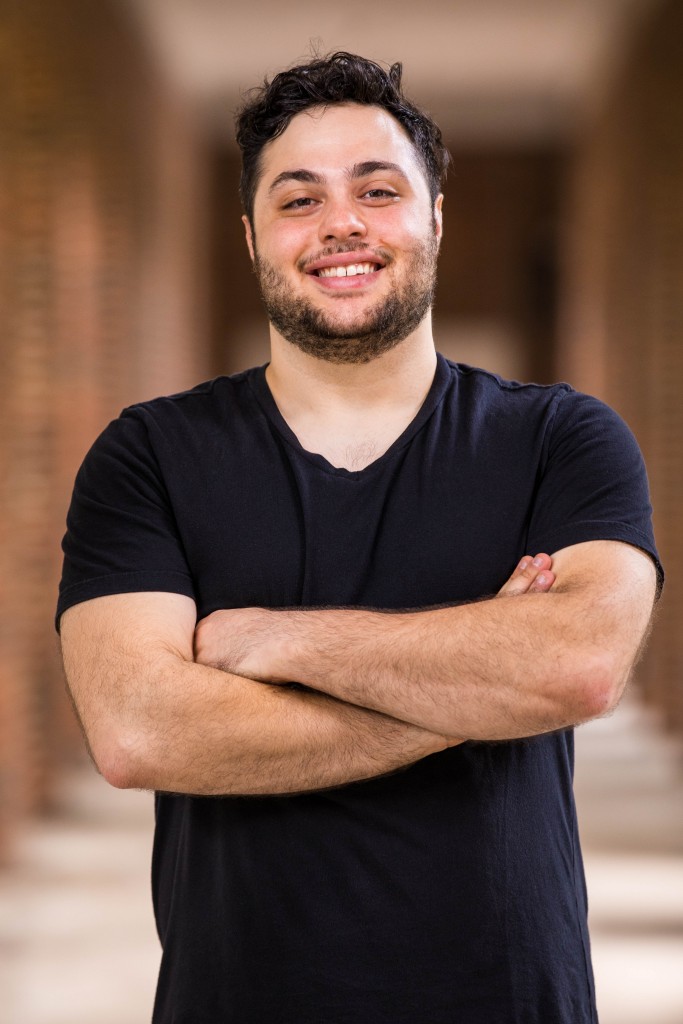 SAM BRUKHMAN is the founder and artistic director of the Verdigris Ensemble. He also holds conducting positions at Brown Middle School in Forney Independent School District and Temple Shalom. Praised for his “forward-thinking” choral performances, Brukhman is a regular presenter, vocalist and conductor. Previous conducting positions include Berkshire Choral International, Festival Del Sole, Princeton Girlchoir and Vox Mousai Women’s Choir. In 2015, he was chosen as semifinalist for the National American Choral Director’s Conducting Competition. Brukhman is a graduate of Westminster Choir College.