The Nasher Sculpture Center announced two new works from Dallas artists that were previously featured in the Nasher Window Series while the museum was closed: Xxavier Edward Carter’s Start Livin in the New World and fare well by Kristen Cochran. 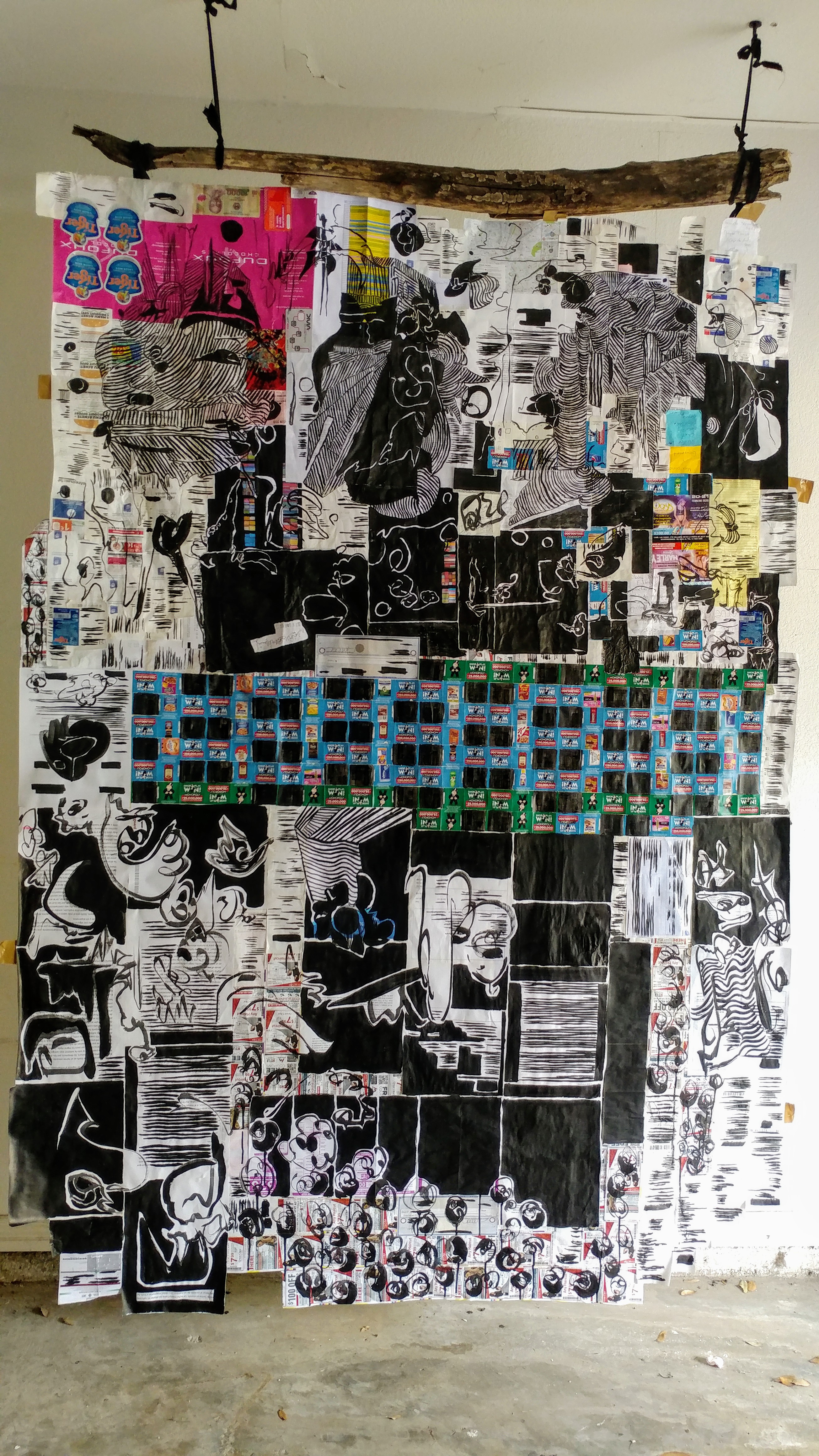 The Nasher Window Series was a program designed to bring art to Dallas in a safe and free way while the museum was closed during the pandemic. 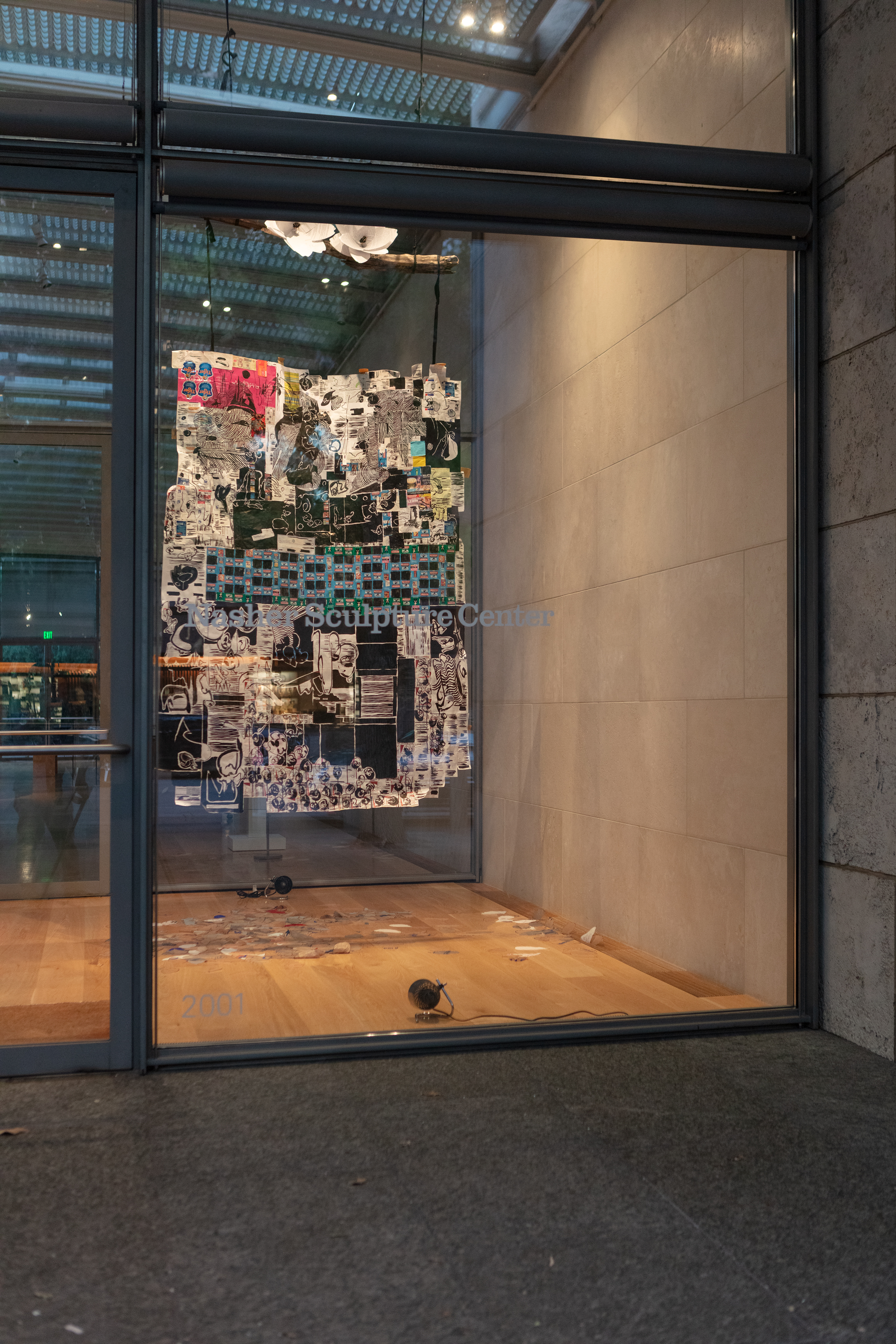 “The project has provided a platform for some of the best emerging … artists in North Texas, many of whom had exhibitions canceled due to the shutdown, and we have been overwhelmed by the quality of the work by them, as well as the outpouring of appreciation for it by the public,” said Director Jeremy Strick in a press release. 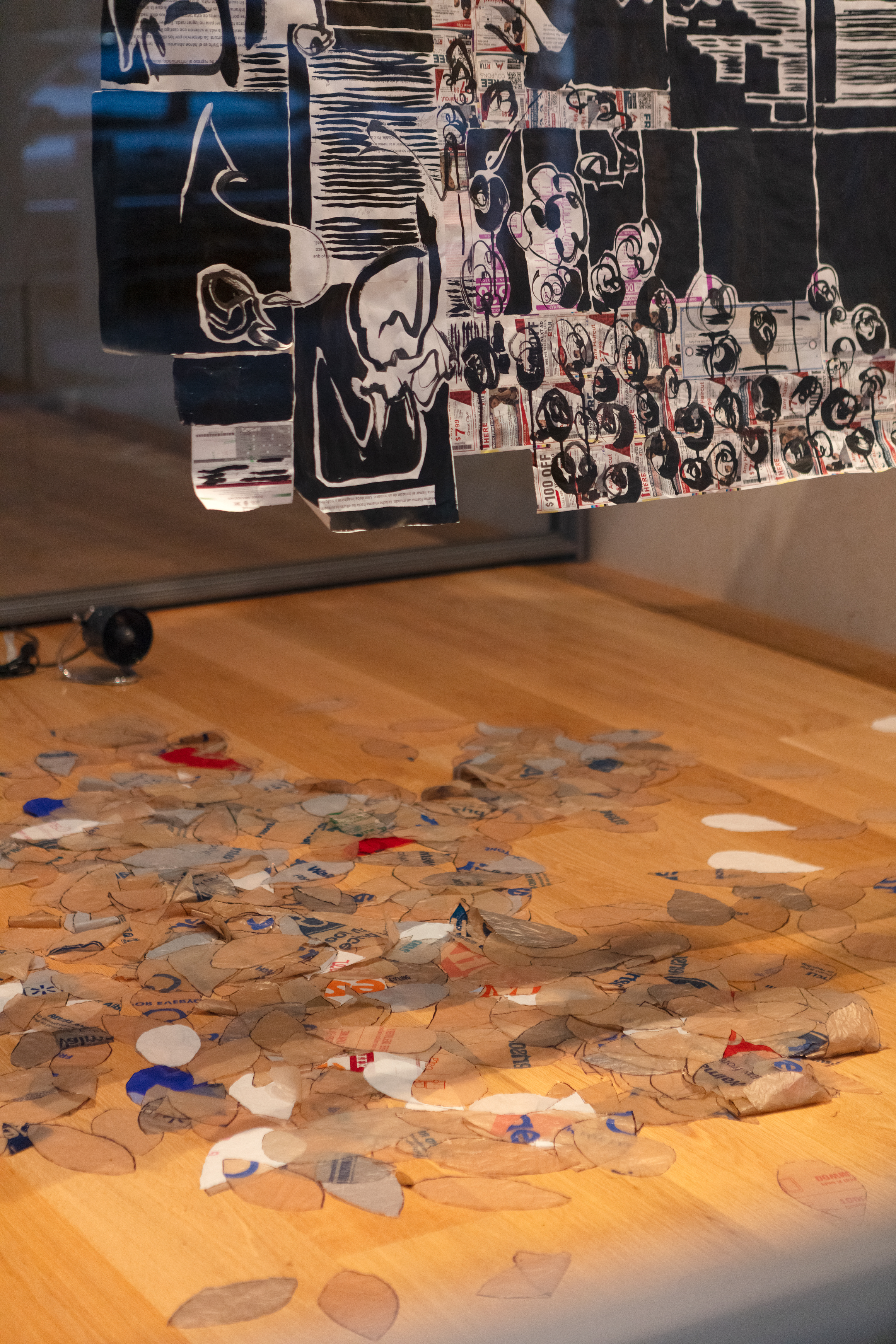 Detail of Start Livin in the New World, by Xxavier Edward Carter. Image courtesy of the Nasher Sculpture Center.

Xxavier Edwards Carter’s work, titled Start Livin in the New World, is a large tapestry made of papers, fliers, receipts, mail, and other paperwork. It hangs from a tree limb and represents material possessions and consumption in the modern world.

Carter was born in Dallas, and earned a BFA from Stanford University and an MFA from Southern Methodist University. His works are often videos, publications, installations, and performances. His website features his book of poetry. 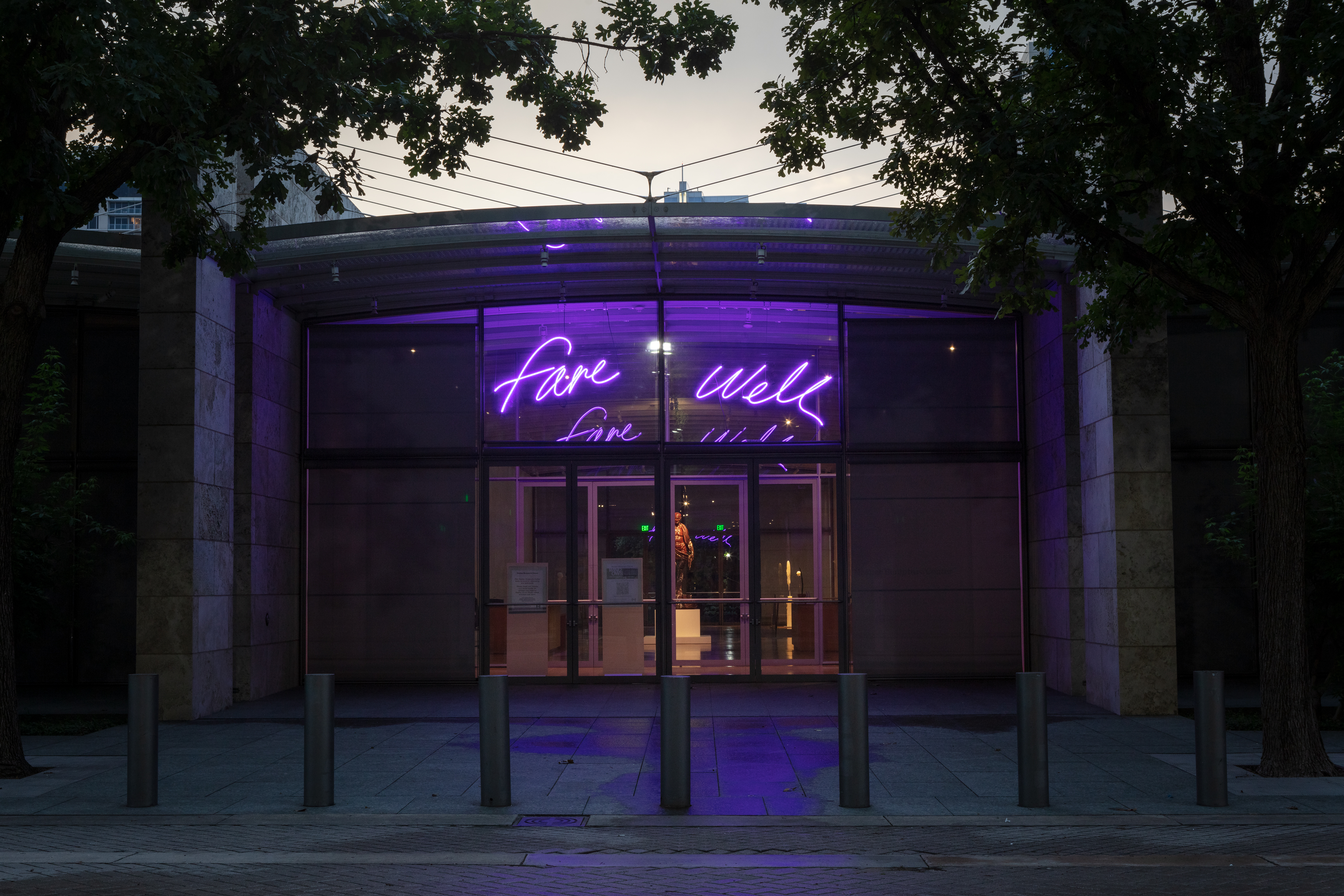 The neon sculpture by Kristen Cochran spells out the glowing words “fare well” in a deep purple color. Her works nod to the passing of time and the superficial nature of material language on shop fronts.

Cochran based the script of her sign on the handwriting of the recently passed Dallas actor and playwright, Donald Fowler. She personalized the neon sculpture in this way to say “his final act of generosity and kindness was to ‘tag’ the [Nasher’s] façade with a grand and impish goodbye,” stated the artist in a press release.

Kristen Cochran is an artist living and working in Dallas. She earned her MFA from Southern Methodist University and will participate in the exhibition After Carolee: Tender & Fierce at Artpace, San Antonio and The NARS Foundation International Artist Residency in Brooklyn later this year. You can see more of her work on her website.