The past week French artist Pierre Huyghe [pronounced hweeg] was in Dallas being honored with lectures, a public discussion and a gala dinner. Huyghe is the second winner of the $100,000 Nasher Sculpture Prize. It’s the richest international award solely for the art of sculpture. And the week was the topper to a month that had 12,000 people seeing his work at the Nasher.

At Saturday’s gala, the Nasher’s garden was turned into something akin to a Pierre Huyghe art work. More than 300 people, including Mayor Mike Rawlings, had dinner in a dark forest.  A large tent was filled with tree branches and mist. A trio of Dallas musicians, called Jane Magnolia Jane, played atmospheric drones on such instruments as a sewing machine, a floor lamp and a reel-to-reel tape recorder. All that was needed was perhaps a giant ice wall to visibly crumble and melt during the evening.

That’s because, as an artist, Huyghe doesn’t create statues so much as complex systems. And his systems interact and change. Nasher director Jeremy Strick says, “I think his interests are not making works that are static but works that evolve, that change over time. And I think for our jury, the concept of time and sculpture was really critical.”

Trust us. That’s the mayor on the screen and up on the dais. Photo: Jerome Weeks

The 54-year-old Frenchman was an unconventional choice for the nine-member jury of museum directors, curators and art historians — the jury is clearly beginning to define the international and boundary-stretching parameters of the award, Strick says, after having chosen Colombian Doris Salcedo the first year. Huyghe says at no point in his career did he consciously reject sculpture’s classic tradition of the solid object, isolated on a pedestal. He’s just never been very interested in it. Instead, his pieces have included beehives, aquariums and ice rinks as well as an animated figure he’s open-sourced, letting others create videos with it.

“I realize that I’ve always been interested in the ‘many,’ a multiplicity,’ he says. ‘And then I’m interested about change and time, and if you just say ‘many’ and ‘change,’ very fast you understand that you’re interested about the network or the ecosystem.”

Sculptures have always had an element of time in our experience of them. We have to walk around to get a full view of a statue. Artists have often emphasized this by using marble or bronze to depict a fleeting moment in time. Military heroes ride rearing horses. Bernini has a running Apollo grasp Daphne — the instant she’s transforming into a tree. Michelangelo’s David has just picked up a stone and has calmly turned to face Goliath. 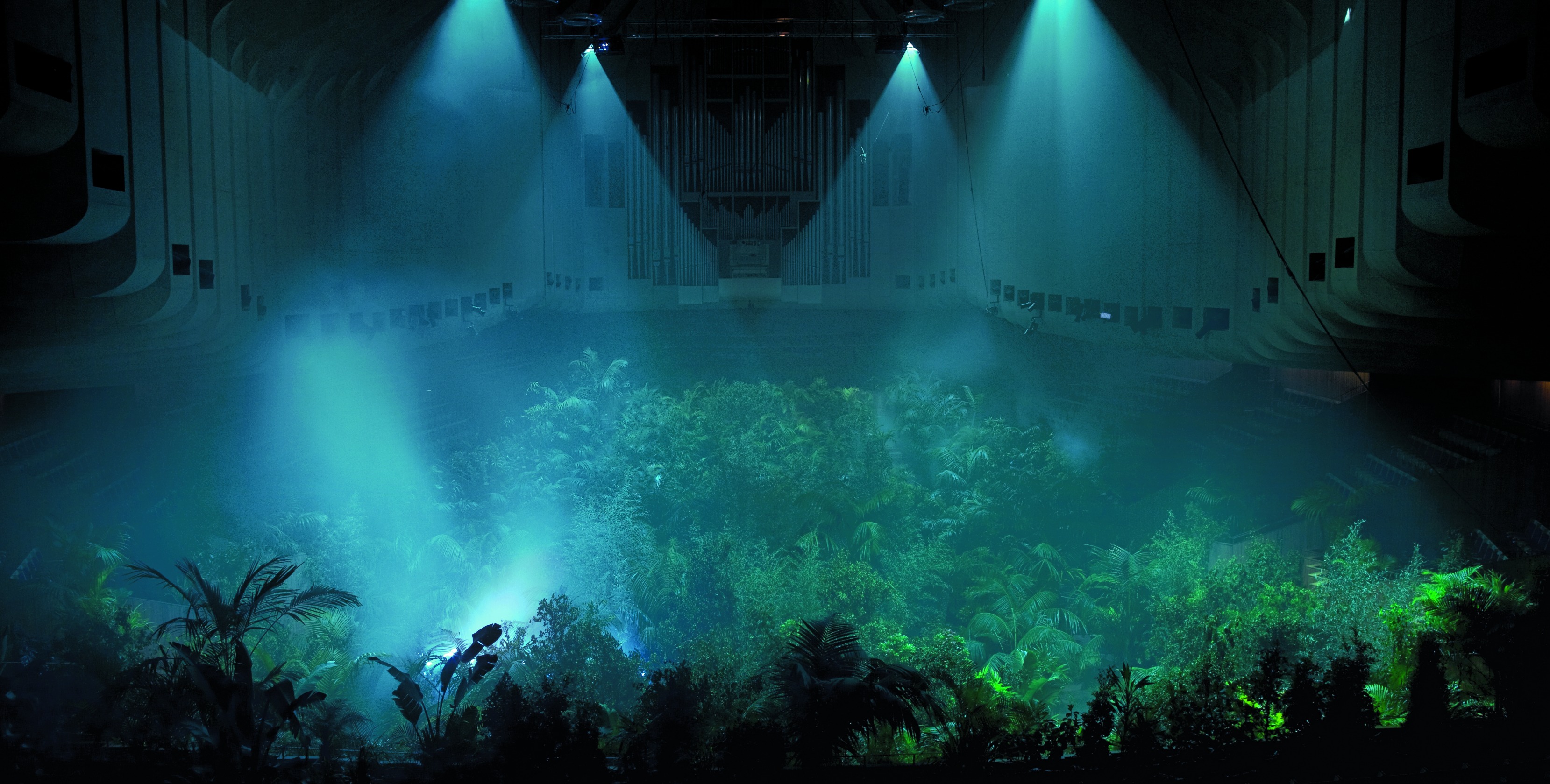 inside the Sydney Opera House.

Despite their illusion of permanence, marble and bronze sculptures will also corrode over time. But Huyghe’s artworks have change visibly built into them. You never experience them the same way. They often feature animals wandering in and out or an entire biosphere – like the forest of trees he once planted inside the Sydney Opera House.

But when Huyghe talks about time, he isn’t simply talking about decay and collapse. As he talks, his hand moves in the air like a rolling wave, up and down.

“Things can collapse but from that collapse,” he says, “things will grow. So I’m interested in this appearance and disappearance of things over the course of time. So in a certain way, it’s the monument vs. the event. The monument, you can say, ‘OK, let’s build the giant pyramid and we will be eternal.’” 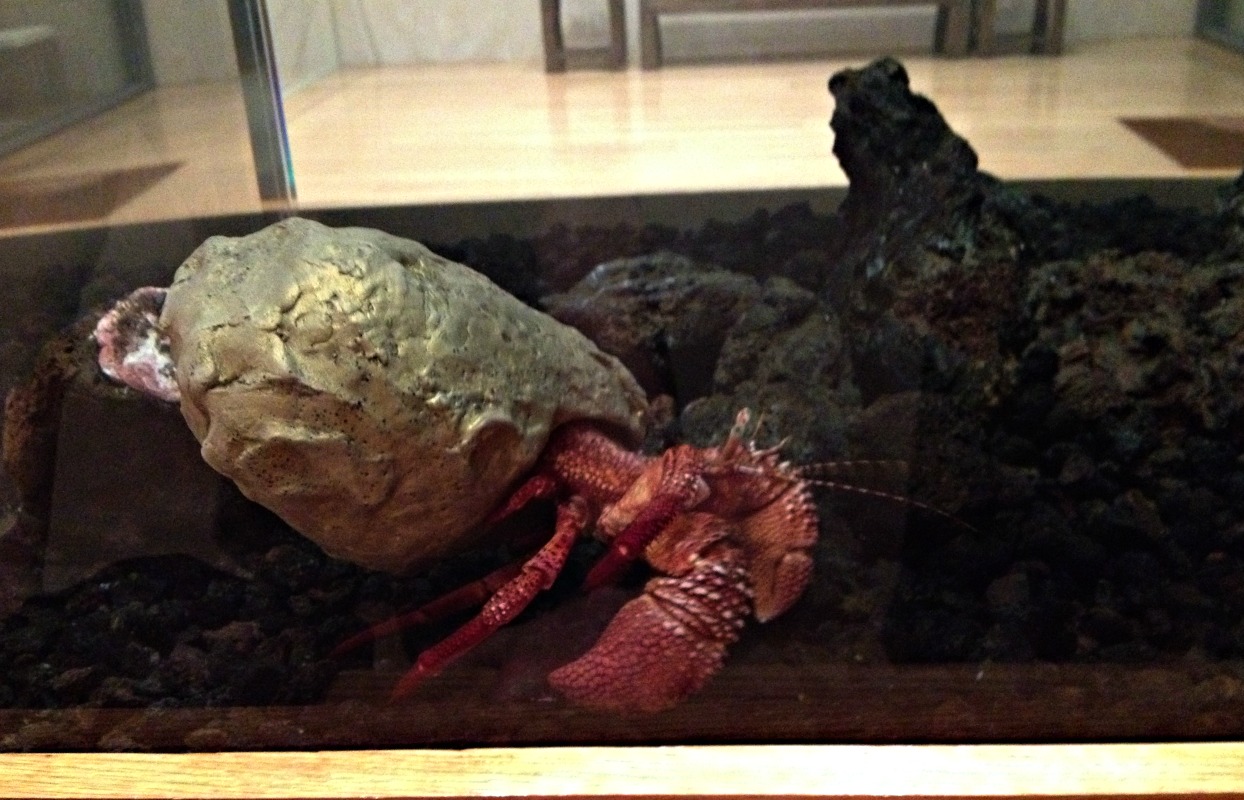 But while Egypt’s pyramids are certainly still around, they’ve been looted and vandalized, they’ve decayed over the centuries. Meanwhile, Huyghe says, Aesop’s fables originated as oral tales thousands of years ago. And they’ve been re-told and translated and adapted all over the world — “and  people still tell Aesop’s tales,” notes Huyghe. “And it’s like stronger than the pyramid.”

During Friday’s public conversation at Booker T. Washington Arts Magnet High School, Huyghe said because his works are often ecosystems, they do have an environmental message. There is no such thing as a closed, eternal, self-sustaining system. His aquariums and even the electronic systems he’s working on now require upkeep.

“So you have this responsibility toward this object,” he points out. “So you become part of this ecosystem yourself. Which I do like.” 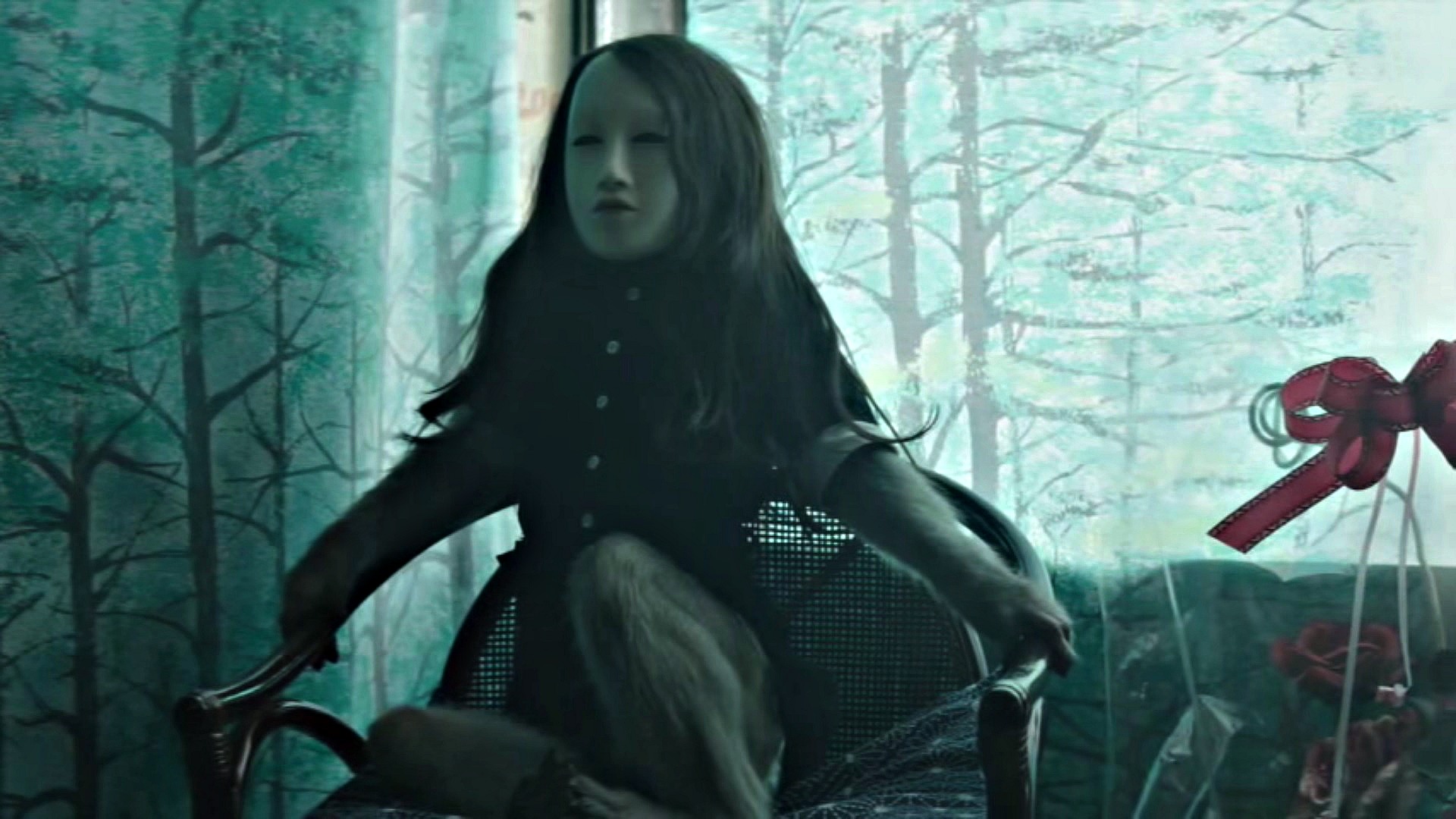 Pierre Huyghe, video still from ‘Human Mask,’ 2014. It’s a four-minute film of a pet monkey in a restaurant wearing a traditional Japanese Noh mask and wig.