Renovating a fabled old Dallas recording studio where blues master Robert Johnson cut some of his greatest songs was one thing. Turning that studio into a museum of street culture linked with the Stewpot, the downtown non-profit serving the homeless, was another. KERA’s Jerome Weeks reports now the entire project – called Encore Park – has new ambitions and a new design.

Encore Park is upgrading its plans because its downtown neighborhood is upgrading – fast. The area around Harwood and Young Streets is already a target for major gentrification. The Statler Hilton Hotel – two blocks away – is undergoing a $225 million redevelopment. And there’s a new Trump Hotel planned right across the street from the Stewpot and the future Museum of Street Culture. 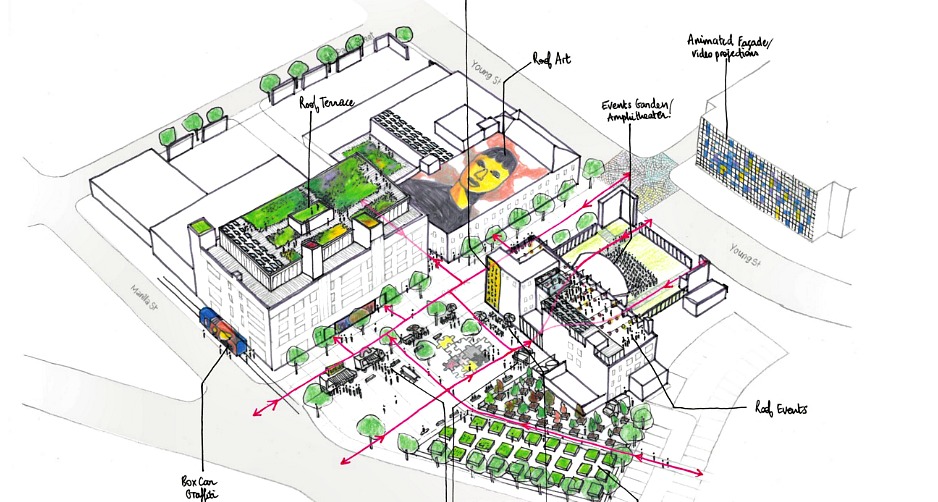 So when Alan Govenar, the music historian and documentary filmmaker behind the museum (above, right), met Adrien Gardere (left), it made sense to invite the French museum designer to contribute his ideas to Encore Park.

Adrien Gardere says, “It seemed more and more that rather than limiting the museum within the walls of a given building. It was more of the cultures of the street that needed to spread out so that people would embrace it.” 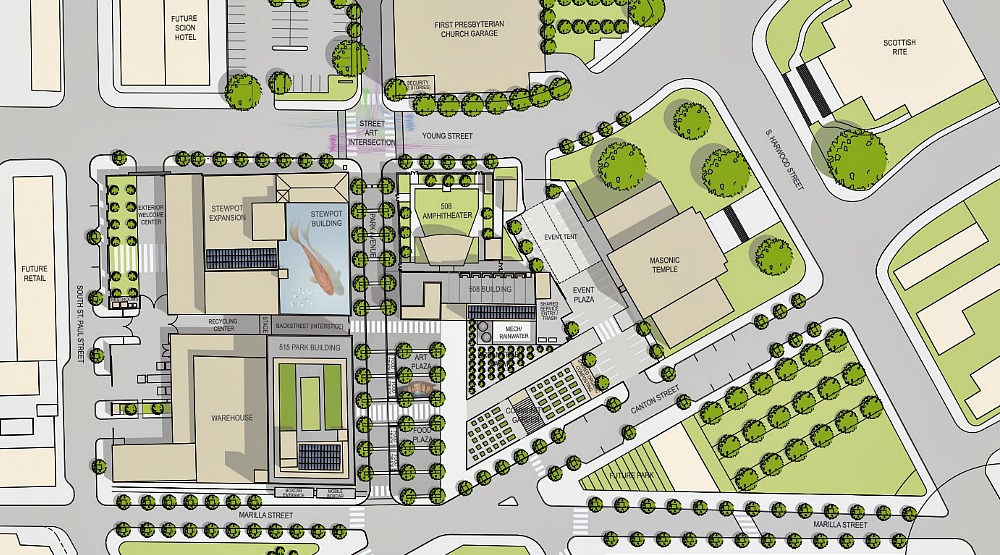 The entire complex lining Park Avenue would no longer face Young Street. Its spine would remain Park Avenue, but the entrance to the Stewpot would be flipped to what is now the back of the building — away from Park. Meanwhile, 508 Park — the former recording studio and Warner Brothers regional center and now the Museum of Street Culture — would not try to squeeze people through its narrow, Art Deco entrance (top image). Rather, it and 515 Park would open up toward Matilda and Canton Streets, leading people through a court of food trucks and cafes and past the community gardens. The 515 Park entrance would also include box cars marking the old Houston and Texas Central Railroad line — one of many that used to run together through what is now City Hall, the Dallas Convention Center and the Mixmaster.

Tuesday, Govenar announced the Museum of Street Culture would open gradually, beginning with an exhibition in the fall of works by socially engaged photojournalist Mary Ellen Mark. Future events include collaborations with the Nasher Sculpture Center and the Dallas Museum of Art. 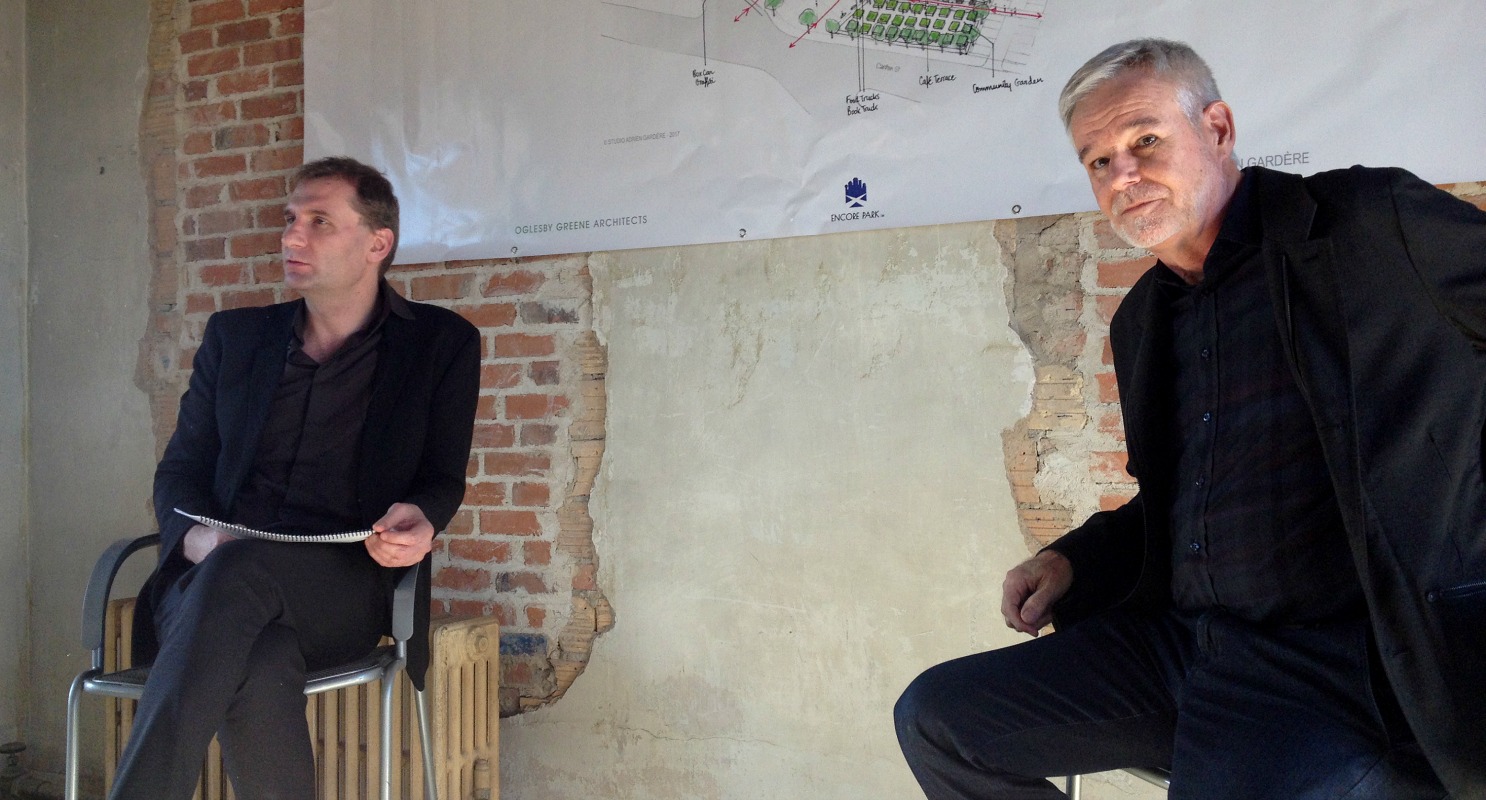