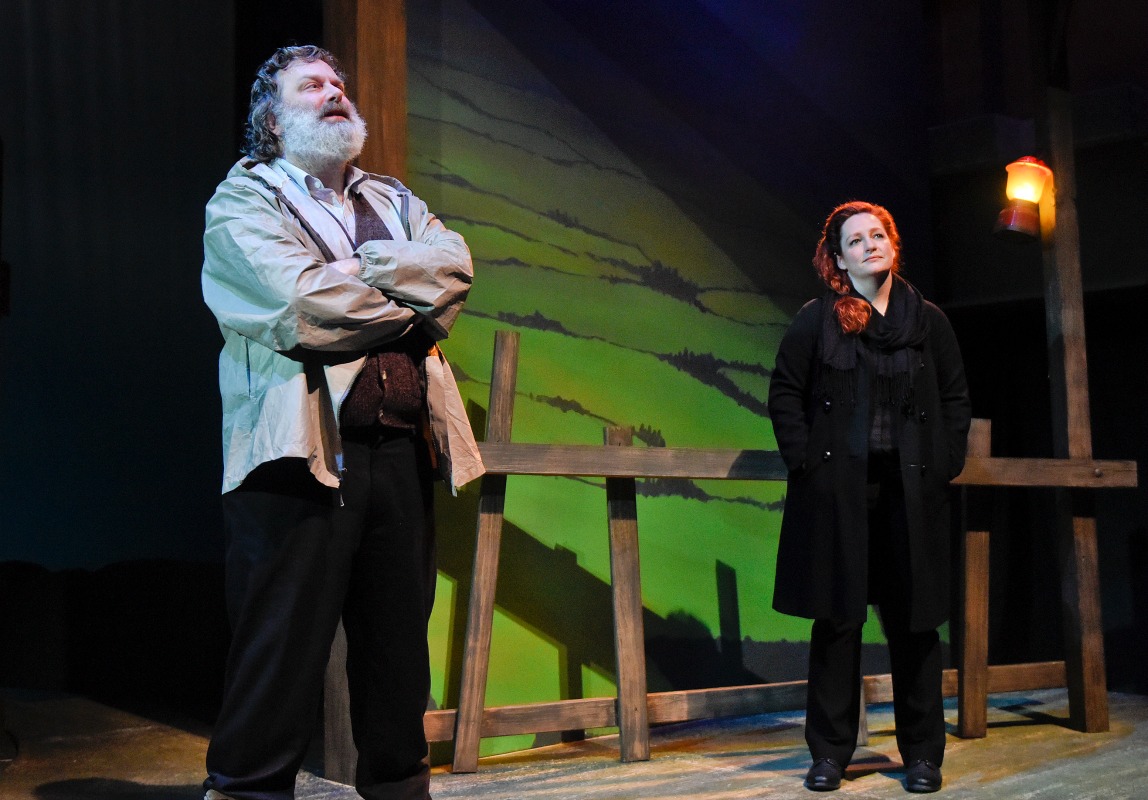 ‘Outside Mullingar’ at WaterTower Theatre was one of the last shows the late Rene Moreno directed. Jeremy Schwartz and Jessica Cavanagh. Photo: Karen Almond

Services for Rene Moreno are pending.

The list of area theater companies where Rene Moreno directed or performed is a long one. So it is no understatement to say that the North Texas theater community is in mourning for a gentle colleague — and one of the pioneers of wheelchair performers in American theater. Moreno suffered complications from surgery and died this week. He was 57.

Moreno graduated from Booker T. Washington High School, studied theater at SMU, and moved to New York to act on and off Broadway and regionally.

In 1991, he was paralyzed from the waist down after a fall from a hotel window in Washington, DC. 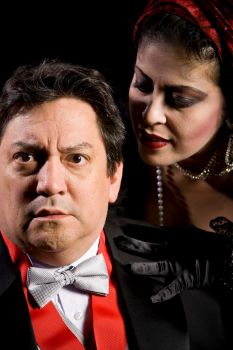 He returned to Dallas to recuperate, then returned to SMU for a master’s degree in directing. His local directing debut was for Kitchen Dog Theater. He also returned to acting — and with appearances at the Dallas Theater Center and Shakespeare Dallas, he became one of the very few wheelchair actors in the early ’90s appearing in non-disabled roles onstage. The North Texas theater community welcomed him onstage.

In 2008, while preparing to play the title role in Kitchen Dog Theater’s production of ‘Richard III,’ he told Art&Seek’s Jerome Weeks that his wheelchair rarely mattered in his roles, other than needing a few ramps on stage.

But this one was different. Richard is Shakespeare’s only deformed character. He’s reviled and ignored because of it. So he defiantly embraces the role of villain. Over the years, actors have come up with many creative ways to show Richard’s deformity. Moreno thought his wheelchair might help audiences see Richard with greater depth.

“I think it gives me an advantage,  to see a side of Richard that maybe you didn’t think about before,” he told Weeks.  “What I have is real.  And maybe if the audience know that, that’s really him, hopefully it helps them delve a little bit further into who he is. Hopefully people are able to see a little more into the reason why he does what he does.”

Moreno said rehearsing the play was painful, but helped him see that condescension and barriers were issues he shared with his character.

“One particular time I lost it and went off. I realized that I was trying very passionately to explain to them what sometimes my life is like moving in the world in the chair – and I realized that’s exactly what’s going on with Richard.”

Moreno is survived by his partner, Charles McMullen.