Art&Seek is highlighting new music from North Texas every Thursday. Click above to hear me talk with Joey Owens and Justin Casey from the band Market Zero for our Music Minute, which airs on KERA FM and KXT 91.7. For more North Texas music, tune in to the KXT Local Show at 7 p.m. on Thursdays. And tell us what you’ve been listening to on Facebook, Instagram or @artandseek on Twitter. 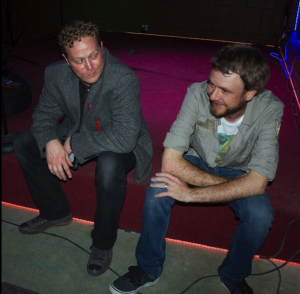 Shortly after the pandemic started, longtime friends Joey Owens (Uneasy Pilgrim, Dead Animal Farm) and Justin Casey (Single Car Sessions, The Delzells) decided to do something that they hadn’t done since they disbanded their former band, Uneasy Pilgrim, in 2015: make music together.

The two live far apart now – Owens in East Texas, Casey in Garland-  so when the pandemic gave them both some unexpected time, they started collaborating long distance. Sending each other tracks back and forth and meeting via zoom, they eventually produced enough for an EP, which is expected out later this year.

“I just kind of felt like it as a good opportunity for us to do something musical, not really planning for anything super serious, because I knew they would be no opportunity for live performances at all,” Owens said. “We didn’t really have any plan other than he (Justin) would send me loops and then we would meet on Zoom to talk about it.” 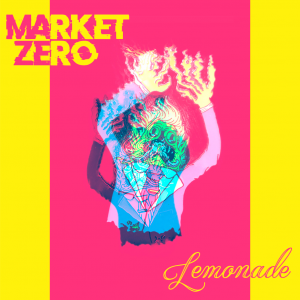 Lemonade album art. Based on art by Dillion Timm and adapted with permission by Joey Owens.

The result is their band Market Zero, the name of which is both a nod to a former band that Owens belonged to and to the movie The Big Lebowski (“OVER THE LINE!!!”). The first single from Market Zero is a hybrid of surf sounding garage rock called “Lemonade” that features Casey on vocals and reflects on the rough times the pandemic brought along.

“It’s primarily about being under the thumb of politicians during the pandemic- particularly the former one in charge,” Casey said. “At the time, I had lost my job, but was working really hard to find a job. Actually got a little optimistic there for a while thinking I could find something. But I couldn’t. I just felt like the whole time I was fighting against a system that I had no control over.”

Watch it disintegrate, you ain’t ever gotta try

You’re sipping lemonade, starin’ right up at the sky

Don’t over complicate, I don’t really mean to pry

But do you look away or do you watch us while we die?

I need to meditate, but I don’t really have the time

To sit and concentrate or pull the troubles from my mind

I wanna medicate but there’s no point in even trying

So tell the truth

Watch for Market Zero to release a new single called “Bad Connections” in the next few weeks and an EP before the end of the year. Keep up with the band and check out their social media via their website.