Skip Navigation
Home > ArtandSeek.net > On The Love And Perseverance Of A Mexican Horseman With Filmmaker Rusty Leaver

Ascension Bañuelos has one of the biggest come-up stories ever.

The North Texas cowboy, against all odds, became the first Mexican American to be inducted into the National Cutting Horse Association Hall of Fame. But his story begins at the border. In the winter of 1969, Bañuelos risked everything to come to the U.S. for a chance at a better life. When he got here, with no money, food or documents, he realized there were extreme limitations for immigrants. He was seen as cheap labor before anything else.

Since a child, Bañuelos has had a natural way with horses. In the U.S., he continued to work with the animals on ranches and broke through racial barriers in the cutting horse world — a world where Mexicans were only allowed to clean stalls, wash, and saddle horses. In 2000, he received his citizenship and gained world renown as a champion cutting horse competitor. He’s earned nearly $2.5 million in competitions and lives with his family in North Texas.

This week on Frame of Mind, the KERA TV series spotlighting independent films from Texas, we’ll learn how Bañuelos followed his dream and made history in the documentary Ascension.

On why the film was important to make during the 2015 primary election:

“The inspiration for the film began in 2015 and it was during the primary campaign, and by the way, we didn’t set out to make a political film and the inspiration was not purely political. But I’d say that the atmosphere at that time was full of a lot of negativity, particularly towards a collective Mexican culture. And so, number one, I just felt it was a good time to tell stories about Mexican immigrants. And being the storyteller, I thought very quickly of a gentleman that I first met in the late ‘80s and his name was Ascension Bañuelos. 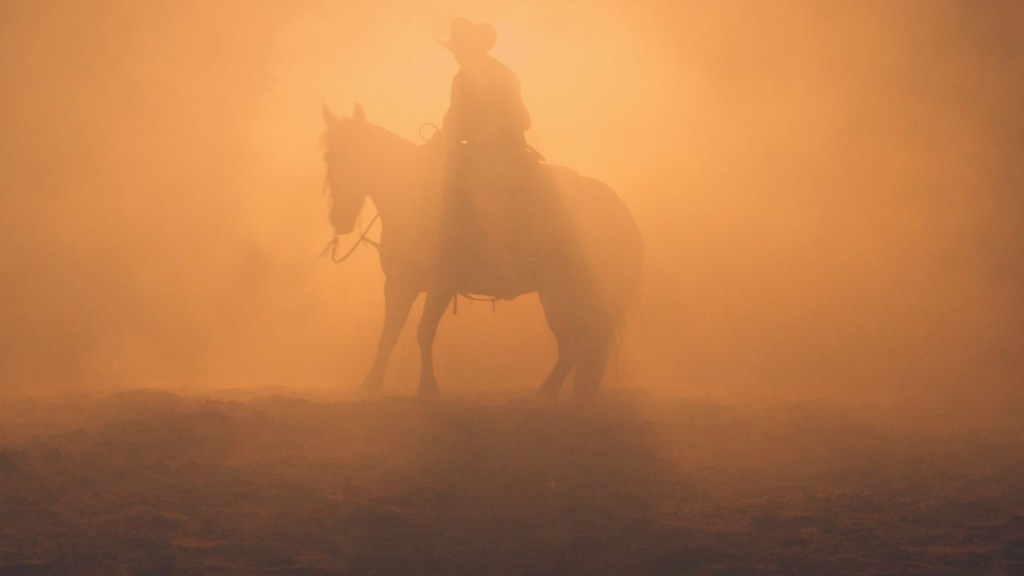 Ascension Bañuelos was a Mexican who broke barriers in the cutting horse world. Photo still from “Ascension.”

…”I remember hearing through a friend about this young guy who had sort of burst onto the scene who was Mexican. And that was unheard of. Mexicans were essentially the backbone of the industry, involved in preparing the horses, cleaning the stalls and servicing the trainers but never competing.”

On the tale of perseverance and immigration:

“He wasn’t the oldest. He wasn’t the youngest. Yet his love of horses and his desire to help his family, which is so compelling, caused him to leave home at 13.  To cast his fate and, you know, get on a bus. Comically and interestingly, he actually stole some money from the family. And in his words later ‘it’s not stealing when the motivation is to get the money to go to America and become a famous horseman and send as much money back home as you can…’”

On the special connection Bañuelos has with horses:

“One might, if you were on the romantic side, you might say it’s in his DNA. But he has 12 brothers and sisters and some of them were good horsemen, but he was quite special. The people who become really tremendous horsemen… It’s all about reading horses. Reading horses is important in all disciplines.

“In Ascension’s case, he was nurtured. His granddaddy would take him for rides and it was just a connection between his granddaddy and him that started when he was two or three years old…that knack just didn’t leave him.”