The Perot Museum has partnered with the African American Museum to unveil the winning work of their Staircase Project competition.

During the summer, while the museum was closed to the public, the staff came up with the Field Street Staircase Design competition. It was designed to honor and recognize Black leaders in the fields of science, technology, engineering, and math (STEM), and the contest was open to Black creatives in North Texas.

“We really wanted to do something that made sense with our mission,” said Anne Woods, the museum’s chief financial officer.  “We are a science institution and we inspire. There are a lot of science leaders who’ve really made amazing contributions, who are African Americans, who are not as well known. 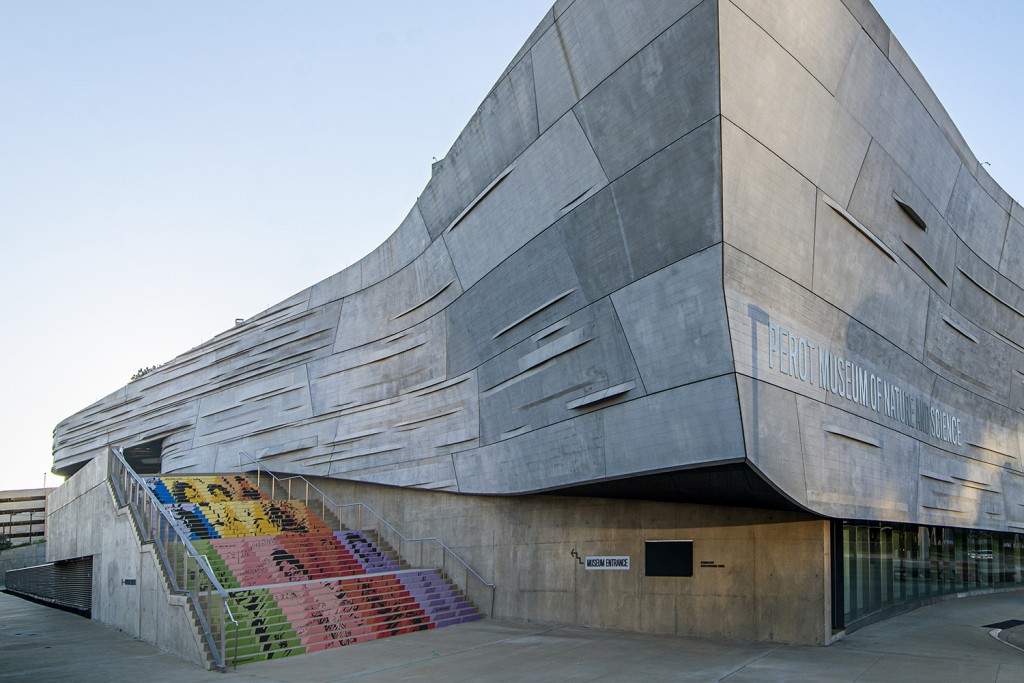 Field St. staircase of the Perot Museum. Photo: Can Turkyilmaz.

“The great thing about the stairs is, it’s sort of a public place and so you don’t actually have to come into the museum. At the time that this came about, we were still closed as a museum. . . All right, people can’t come into the museum and can’t be inspired in the museum, but we can still do something on the stairs.”

The whole project came together pretty quickly, Woods said. The Perot staff worked with the staff at the African American Museum to help identify leaders in STEM that the general public might not be as familiar with. The artist’s call was put out in early fall and the winner was announced on January 14. The winner of the competition is Dallas architect and artist Daniel M. Gunn. 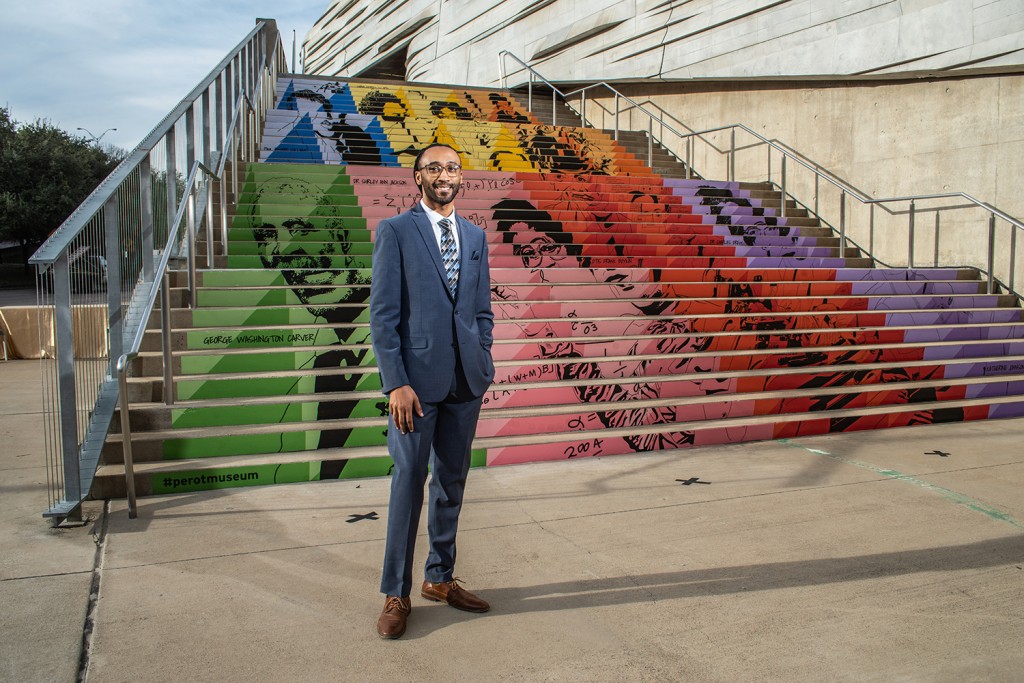 Woods describes the design as very colorful and large, spanning four-levels. The massive image is divided into strips and secured to the front-facing side of the steps. When you stand in front of the staircase you see all the steps together at once. Nine faces of African American leaders from the sciences are depicted, including botanist George Washington Carver, astronaut Mae Jemison, and Dallas native and engineer Otis Frank Boykin.  There’s a panel next to the design with a QR code. Scan the code and it opens up the Perot website where there is information about the artist and the STEM leaders in the image.

The time-lapse video of the installation below is courtesy of Creative Delineations.

In his design, Gunn wanted to honor two people who impacted his career, so he incorporated the faces of architects Paul Revere Williams and Norma Merrick Sklarek.

Woods said, during his virtual interview, Gunn’s reason for submitting his design was very impactful. He shared a story about a time when he was working at an architecture firm a few years back when a group of high schoolers toured the office. 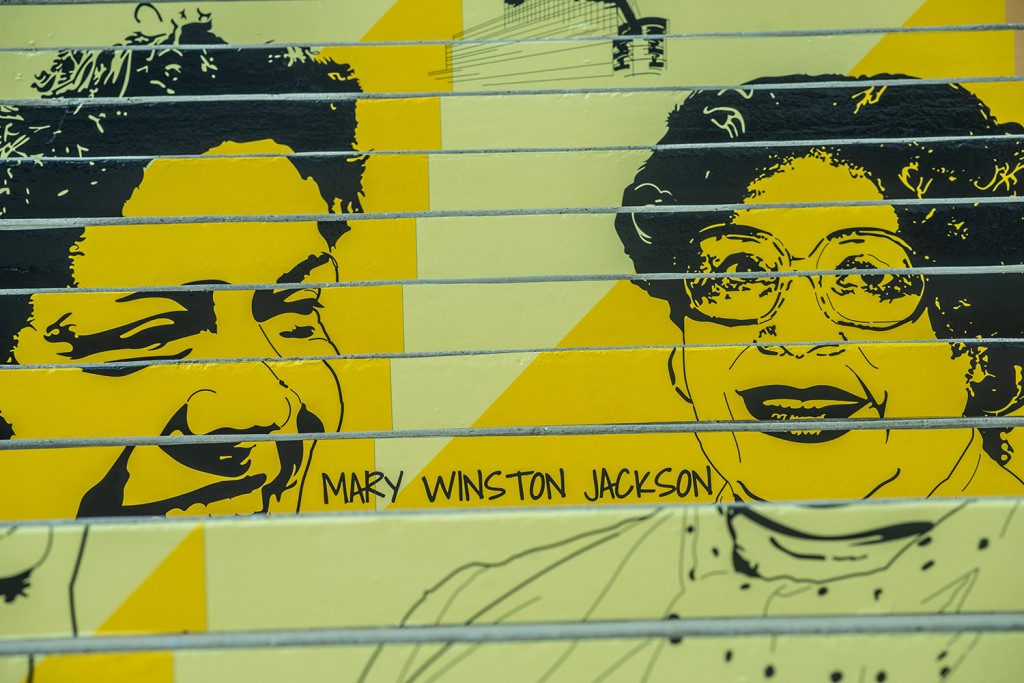 “One of the boys kind of stopped by my desk and kind of whispered, ‘Is it just you? Are you the only one?’” Woods said.

“Daniel kind of looked around thinking, ‘Well there are a number of architects here.’ And then I think it dawned on him. He realized that actually this student, who himself was African American, was asking Daniel, are you the only African American architect working at this firm? And it was kind of the impetus, at least that is what Daniel shares, it kind of was the impetus for him really wanting to inspire other young African Americans, men and women, to go into the field of architecture. You know, that they can. That’s actually one of the reasons he put those two architects [Williams and Sklarek] on his design.”

The Staircase Project is presented by Kroger. “Giant Steps: Celebrating Extraordinary Achievements of African American leaders in STEM” is on view through Memorial Day.